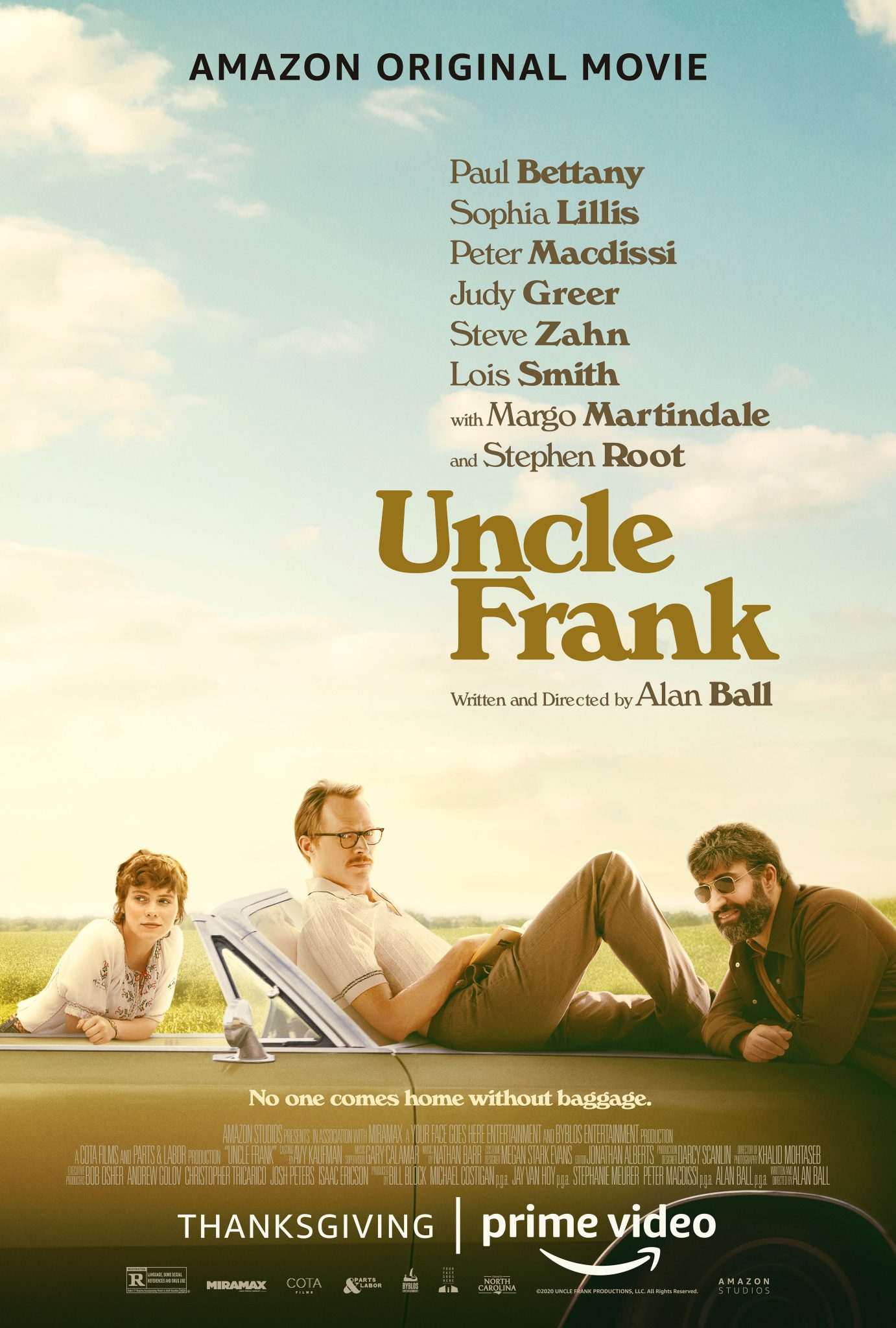 RSVP passes to a virtual screening of UNCLE FRANK on Monday, November 23rd at 7:00pm.

Be the first in Minnesota to see the movie and join a virtual at-home screening on November 23rd:  http://amazonscreenings.com/UNCLEFRANKlavmag

In 1973, teenaged Beth Bledsoe (Sophia Lillis) leaves her rural Southern hometown to study at New York University where her beloved Uncle Frank (Paul Bettany) is a revered literature professor. She soon discovers that Frank is gay, and living with his longtime partner Walid “Wally” Nadeem (Peter Macdissi) – an arrangement that he has kept secret for years. After the sudden death of Frank’s father – Beth’s grandfather – Frank is forced to reluctantly return home for the funeral with Beth in tow, and to finally face a long-buried trauma that he has spent his entire adult life running away from.