Travel: Columbia, the Gem of the Prairie 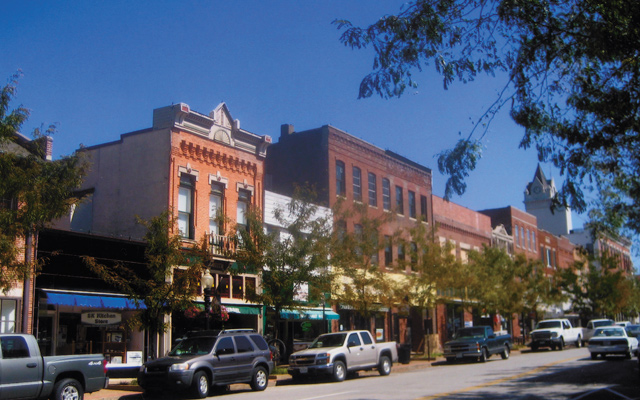 The deputy warden pinned me with his gaze as the barred gate thumped shut with a despairing clang. I’m incarcerated in the Missouri State Penitentiary—maximum security division—and, unlike its former lifers, I’m having the time of my life.

Mike Schreiber, who retired when the prison was decommissioned in 2004, transports us on a captivating (pardon me) tour of the bad old days of the lock-up, older and more dreaded than Alcatraz. We begin in the six-man cells of Block A, where boxer Sonny Liston once did time. As did Emma Goldman, in the women’s division, having been arrested for seditious sympathies. And James Earl Ray, who escaped in a bread box before gunning down Martin Luther King, plus 5,000 others over the years, locked in the dungeon’s black hole, with whipping post, if they were naughty, or taken to the gas chamber at the end of their lives, and our tour.

A tour of the State Museum is almost as unsettling, for it focuses on Missouri’s drama in the Civil War as “a state divided”—-with a star in both Confederate and Unions flags—as brother fought brother, with raids by guerrilla bandits for extra credit. “More violence than most other states,” says one account. “Chaos,” declares another.

It’s housed in the lovely State Capitol of Jefferson City. But upstairs, it’s another story, told by murals. The show-stoppers are the scenes enveloping the House Lounge painted in 1936 by Thomas Hart Benton, the Michelangelo of the Midwest, who captures the social history of Missouri in characters from Huck Finn and Jesse James to the everyman of the fields, factories and, yes, bordellos. 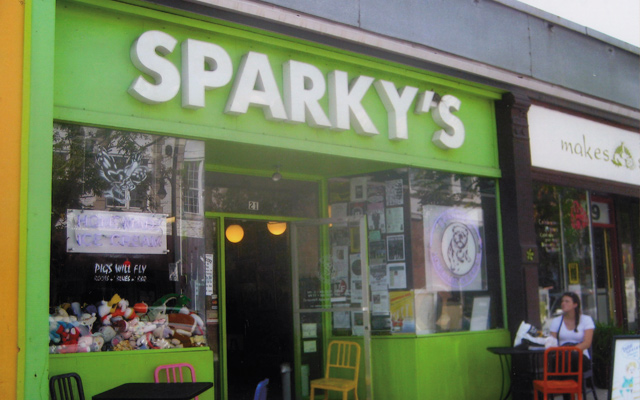 The Capitol’s snowy dome shines above the cornfields as you approach from Columbia, a showpiece 30 miles distant, smack in the epicenter of the “Show Me” state. Daniel Boone’s son helped map out the town in the 1820s, and covered wagons heading west made this their first stop. The Boone County Historical Museum recounts the days when “the edge of Missouri was the edge of civilization” with an old-time general store, a slave’s  shotgun house, and uniform of Bloody Bill Anderson, a Confederate guerrilla who rode with his reins in his teeth and a six-shooter in each hand.

Times are more mellow today. Columbia, pop. 100,000, overlooking the wide Missouri River, is nicknamed “The Athens of Missouri” for its three colleges. It boasts nearly as many art galleries as bars—and there are plenty of those, highlighted by the Blue Note, which hosts musicians like Willie Nelson, Johnny Cash, REM and the Marsalis boys. It’s the after-party site for the annual Roots n Blues n Barbecue Festival, where crowds swayed to Mavis Staples’ XXL Gospel voice and the “sawngs” of Dr. Ralph Stanley, 97-year-old “godfather of bluegrass.”

The Mizzou campus is home to more of homeboy Benton’s  works—woodcuts, this time—while the Stephens campus hosts a knockout costume collection. Its current show, Fashion Circus (through December 15), spotlights mannequins as ringmaster-dominatrices with high hats, high boots, and whips. The collection varooms from Oleg Cassini to Coco Chanel and more (more, more!).

For art in the making, explore the North Village Art District, anchored by Artlandish (regional crafts) and the Catacombs—warrens with artists at work. Nearby, Orr Street Studios houses working artists, such as African-American painter Byron Smith, who grew up here in the Jim Crow days and now can move from the balcony to the front row of the opulent  Missouri Theater of 1928. Nearby, Ragtag Cinema shows indie films before they hit New York in a shabby-chic MidMod setting with full bar and treats from Uprise Bakery. 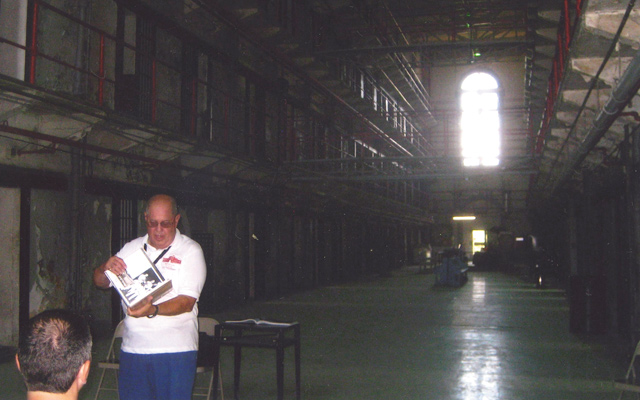 Then walk (everything’s walkable) to The District, 45 not-so-square blocks in the center of town housing a hundred-plus retail shops (vintage clothing to sassy gifts, antiques to avant collectibles), 70 bars and restaurants, and 45 live performances a week. Eat at Flat Branch, a brewpub that pours everything from ginseng lager to a stout-fueled ice cream float. Head to Bleu for creative bites like smoked shrimp and grits; Sycamore for an update on fried tomatoes; Addision’s for knockout steaks and seafood; and Broadway Brewhouse for the ribs you’ve been dreaming of.

Ernie’s has been serving breakfast since 1934, back when Chester Gould, an art student at Mizzou, created Dick Tracy while downing its Boone County ham and eggs over easy. To get up-close and personal with these prime eats, head to Saturday’s  farmers’ market, where the basil grows as large as hedges, the eggplant could double as sculpture, and radishes serve as corsages. Musicians jam while Grandma Barb peddles her  homemade pies.

End up at Sparky’s—everybody does, it’s probably a city ordinance—for “good ice cream and bad art,” says a regular, who swears by the lemon-ginger, while I make quick work of my lavender-honey cone.

The flat-out best meal, however, was at Bourgeois Winery, whose countryside bistro overlooks the Missouri River hemming the 200-mile Katy bike trail as it snakes below limestone bluffs. How about the Gorgonzola cheese cake? Or the porcini pecorino gnocchi? The shrimp po’ boy? Or… Oh, stop. Time for the tasting room to sample the Vidal Blanc. The Chamboursin. And for sure, the noble Norton. 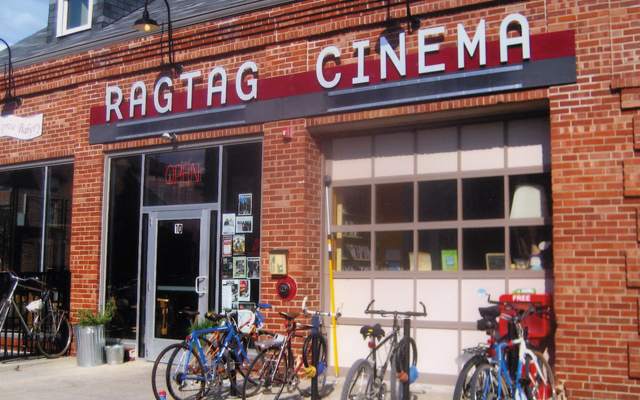 Overnight in nearby (pop. 250) Rocheport, boasting B&Bs such as Yates, right on that fab trail, with breakfast fit for a Tour de France cyclist, a couple of antiques shops, and a cafe called Abigail’s, where lamb chops and local trout are as tasty as the chocolate-peanut butter pie.

Columbia is an oasis in the Bible belt; a city where all are welcome to drink, dance and spoon together. Two gay bars head the list, however: Arches & Columns and SoCo (as in South Columbia).