This Year’s “Naked I” May Be The Best Yet 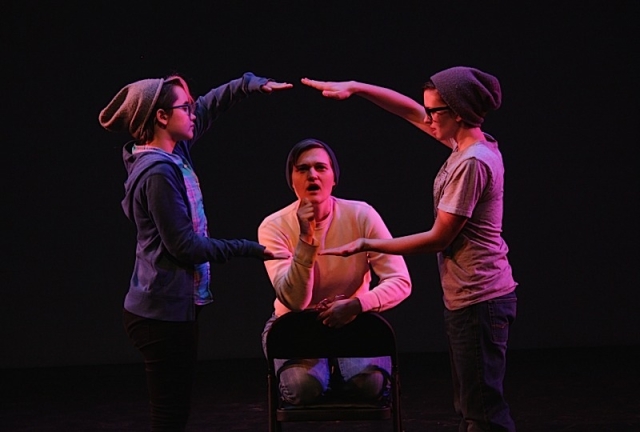 You have to have been living in a closet if you haven’t noticed there is a reactionary nation-wide crusade to limit and do away with rights of transgender citizens. That’s why 20% Theatre Company’s The Naked I: Self-Defined is such an important performance event. Better yet, it is playing to capacity houses at Intermedia Arts.

The Naked I: Self-Defined inquires into how people project unsubstantiated assumptions onto genderqueer and trans people. This doesn’t just mean the projections by cisgender straight folks, but even of those who define as gay, lesbian, or queer. Numerous short scenes give compelling snapshots into what those who don’t attune to socialized gender expectations are up against. There are also two lovely short films. Sam Berliner’s Float is a beautifully sensual work shot underwater with bodies swimming without inhibition. Meg Brown’s Raising Owen: A Genderqueer Love Story is a moving account of a mother who stands beside her child who does not identify as male or female. 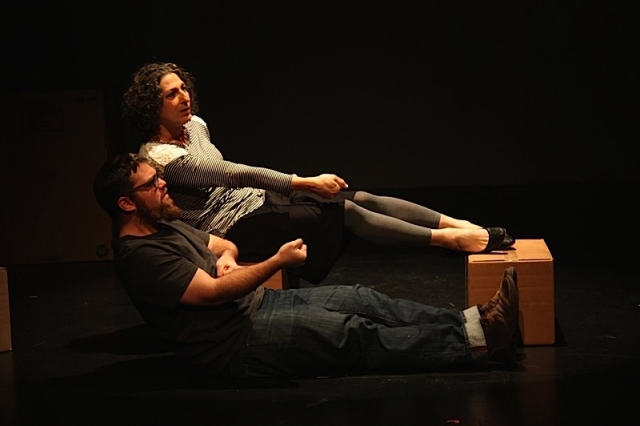 Live performances are the bulk of this year’s offering. Jac Pau gives a visceral performance in Paul Nemeth’s Before the Negative as a someone who anxiously awaits their HIV status results and questions the goodness of a past intimate relationship. Zealot Hamm delights in the defiant Thank You Zombie Lady by Stacy Bowen. Christy Marie Kent endears and charms as a trans woman exploring the brave new world of meeting new people in If It Might Be, It Must Be. Cat Hammond’s vocals in the saucy Pretty Boy are excellent.

The talented Beckett Love and Courtney Stirn take us on a journey of feeling as they point out that love is not always connected to gender definitions in JL Mohnkern’s Knows No Gender. Love and Alex Carlson impress powerfully in Difference, A Love Story by Tobias K. Davis and Aubri Drake, a piece that exposes how swift so many of us are to invalidate someone else’s relationship because it isn’t as sexual as we are generally conditioned to believe it ought to be. It also has much to say about the value of getting to know the various elements of a personality other than those which is sexual. And it does this without coming off as puritanical. Bravo! 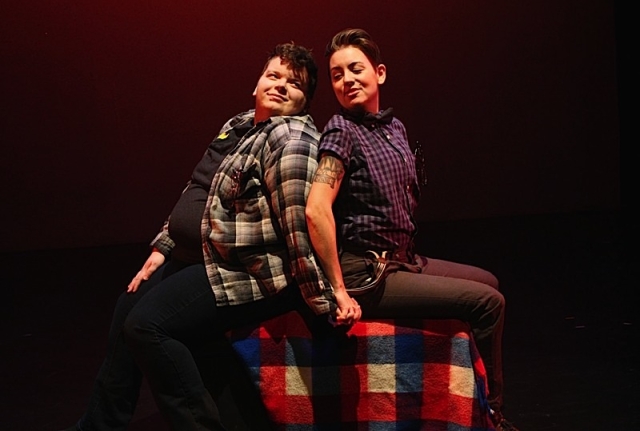 Perhaps the most unsettling piece is Jo Lum’s True Story, which ironically reveals a case of toilet use discrimination suffered by a person at a performance of Priscilla, Queen of the Desert at the Orpheum Theatre. The overreaction of a theater staff member is a textbook example of real discrimination. It is also a story filled with understandable rage. However, it doesn’t fall into the trap of simply being a rant. True Story is a sobering look at how bigotry can so quickly rear its ugly head in the most unlikely place. This is political performance well done. Sharply directed by Sarah Wolf with strong performances by Ashir Coilberg, Courtney Stirn, and G Zachariah White.