“These Are The Men” Director on Jocasta 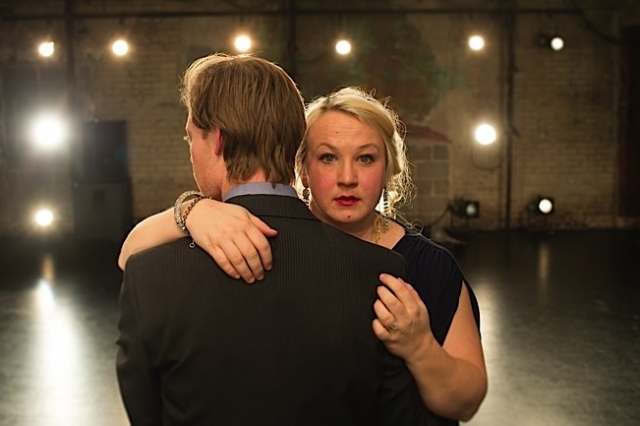 Blake E. Bolan and Laura Leffler-McCabe have written an epic drama that tells the story of Jocasta, the doomed Queen and wife-mother of the Oedipus Rex trilogy of Sophocles. She unwittingly marries her son after her husband, Laius, the King of Thebes, is killed by him. The parents thought he had died long ago as an infant. The captivating new work, These Are The Men, now plays in an excellent production by Savage Umbrella at the Southern Theatre. Leffler-McCabe plays Jocasta. Bolan is the director.

Bolan shares “in the source material, one does not get much of a sense of Jocasta beyond her general obedience, and her devastation upon learning that the prophecy that she would eventually marry her son has been fulfilled. Our Jocasta is a complicated human being, filled with desire, passion, love, shame, anxiety, regret. She has a view of her lifetime that, rather than linear, is a version of eternalism – where time is yet another dimension, and all moments already exist. She feels trapped in her circumstances – in that she knows all of the consequences of her actions throughout the course of her life, yet has no choice but to live them as they are, in whatever order she happens upon them.”

This is where the writers depart from traditional narrative. Bolan relates that Jocasta “wants the narrative of her story to make sense, and to be worthwhile, and just like those of us living on one line, sometimes it’s impossible to do. She does not find people in her life with whom to connect, to bond, to make sense of her world – she has only her family, a tangled web of brothers and husbands and children – so she creates another place in her mind where she might learn to fit the pieces together and find solace. That place can be worrisome at times, but also has the power to provide clarity and healing.”