The Violent Death of a St. Paul Mother Chillingly Depicted in a Powerful True-Life Stage Drama, Carol and Cotton 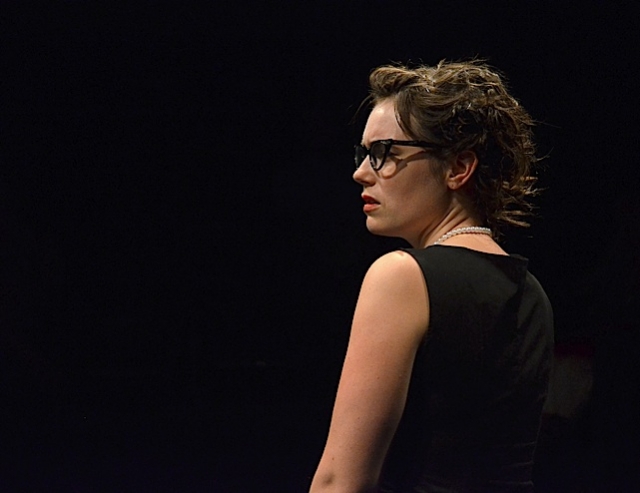 The story of Carol and Cotton is true. In 1963 prominent St. Paul attorney T. Eugene ‘Cotton’ Thompson hired a contract killer to do away with his wife, Carol, in vain and insane hopes of collecting the insurance money. 50 years later writer/director James Vculek has scrupulously shaped a two person play that weighs the evidence and reasonably speculates. Steve Sweere and Catherine Johnson Justice give brilliant performances in multiple roles that obviously include the title characters as well as others who figured into the whole horrific affair. The Partizan Theater’s chilling indictment of unbridled greed, the toxicity of thwarted dreams, and domestic violence gone berserk played last year’s Fringe Festival and has been expanded to a crisp 85 minutes. 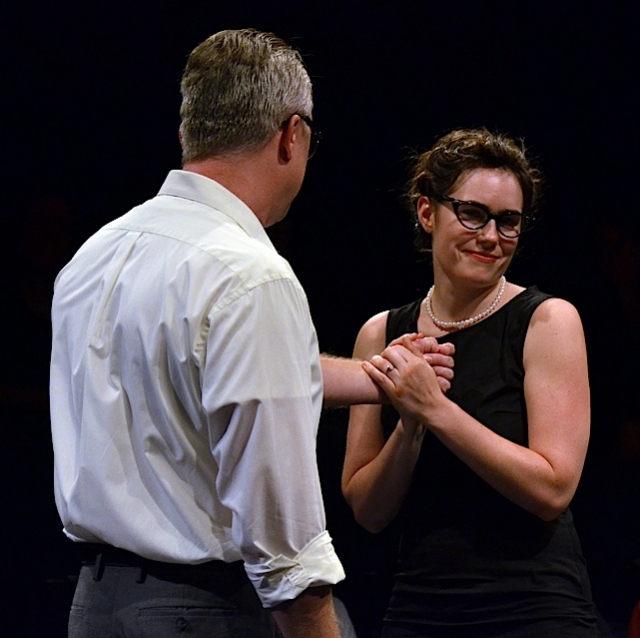 Carol and Cotton is a viscerally absorbing theatrical experience that actually reminds us of something very important: verbal descriptions of dreadfully grisly acts are just as, if not more horrifying, than life-like re-enactments the likes of which countless movies of recent decades have resorted to and capitalized on. In Greece’s so-called Golden Age, violence was not allowed to be presented on stage. It was thought to incite and excite. And some today would agree that such a view was and still is valid. (Full disclosure: this reviewer holds that view.) 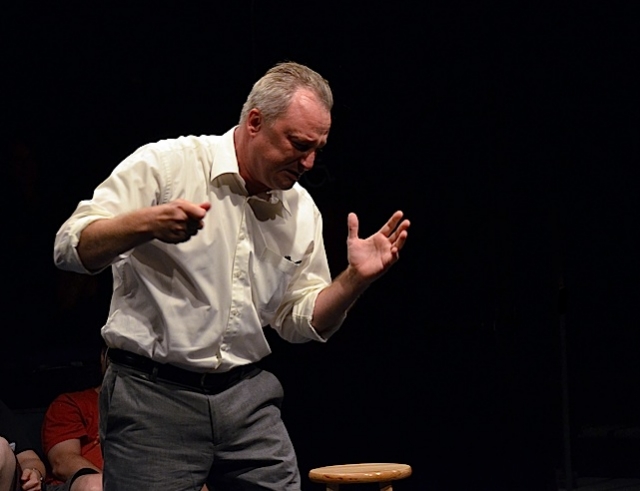 But Sweere’s delivery of Vculek’s graphic, brutal, bloody description of Carol’s death is absolutely harrowing. As with gifted filmmakers, like some of Spike Lee’s pictures, the violence is something that’s led up to psychologically and we feel the full unbearably tragic impact of a single murder. Life is never cheap. Ever. In today’s world where images of death are promiscuous -and have been for a couple of generations- and are even served up as comedy, Carol and Cotton is a powerful moral counterpoint. Not to be missed.