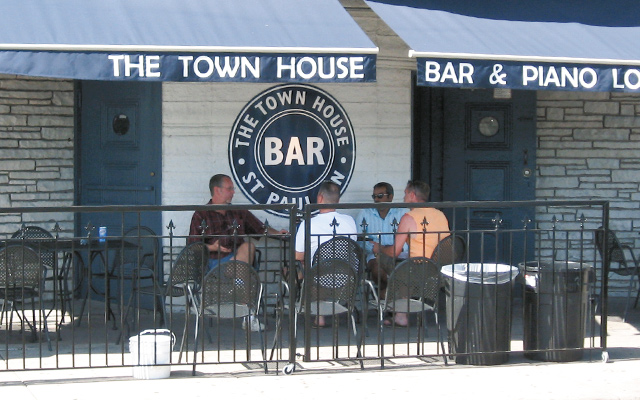 In the fall of 1969, a few months after the Stonewall Riot in New York City that catalyzed Gay Liberation, The Town House in St. Paul became a gay bar. Now, it’s the oldest GLBT establishment in St. Paul and the third-oldest one in the Twin Cities.

Since April, light rail transit (LRT) construction on University Avenue by The Town House proved quite a challenge for it. But free parking next to the bar—which will continue—helped. Fortunately, the roadwork was scheduled to be completed by November 30.

Holly Monnett, who has worked at The Town House since 1974 and owned it since 1987, says, “Our loyal customers let us emerge from the LRT situation stronger than ever! We’re really a melting pot of every component of our diverse local GLBT community where everyone can fit in—everybody’s welcome. Our wonderful staff is the best anywhere.”

According to Monnett, The Town House’s four-decade success story stems from its popular mix of low prices and entertainment. It has the Original Cheapie Night Wednesdays, plus other such nights the first and last Friday every month, along with a daily $10.50 beer bust. Every evening offers a cornucopia of entertainment, including karaoke four times weekly and impersonator shows three times weekly.

On December 10, The Town House is hosting a dual celebration of its 42nd GLBT anniversary and the LRT construction completion.

The event calendar is as follows: