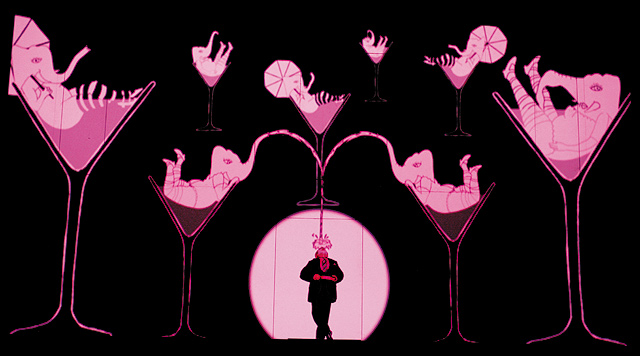 Slapstick comedy, romantic fantasy, Masonic rituals, fire-breathing dragons, magical flutes, and the one true Queen of the Night are taking over the stage at the Ordway. Mozart’s masterful comedy, a Minnesota Opera co-production with L.A. Opera, is richly reimagined in a boundary-busting production created by director Barrie Kosky in collaboration with British avant-garde theatre company 1927. Connecting the tale’s enduring meaning with modern metaphor, this extraordinary staging has thrilled audiences with its stunning interaction between film animation and live performance.

In the fall of 2012, Minnesota Opera Artistic Director Dale Johnson was having breakfast with British artist manager Robert Guilder who gushed that he had just experienced the best production of The Magic Flute in his life. After watching clips on the Komische Oper Berlin’s website, Johnson scheduled a trip to Germany to see it in person. “My jaw dropped at the incredible visual delights of this production…. I decided on the spot to bring this brilliant concept to the United States,” said Johnson.

In April, Minnesota audiences will be treated to a production influenced by silent movies of the 1920s. Director Suzanne Andrade and animator Paul Barritt have taken in such cinematic influences as The Cabinet of Dr. Caligari and Nosferatu as well as the animation of Max Fleischer. Louise Brooks, in the 1929 film Pandora’s Box was also factored into this new production.

All of the animation was hand drawn and then animated by Mr. Barritt. It is slow, painstaking work but the result is a riot of images that will surely delight audiences. The singers interact with the animation in a wonderful way. They become part of this visual feast.

*(Naked fairies or pink elephants were not harmed in the making of this opera.)