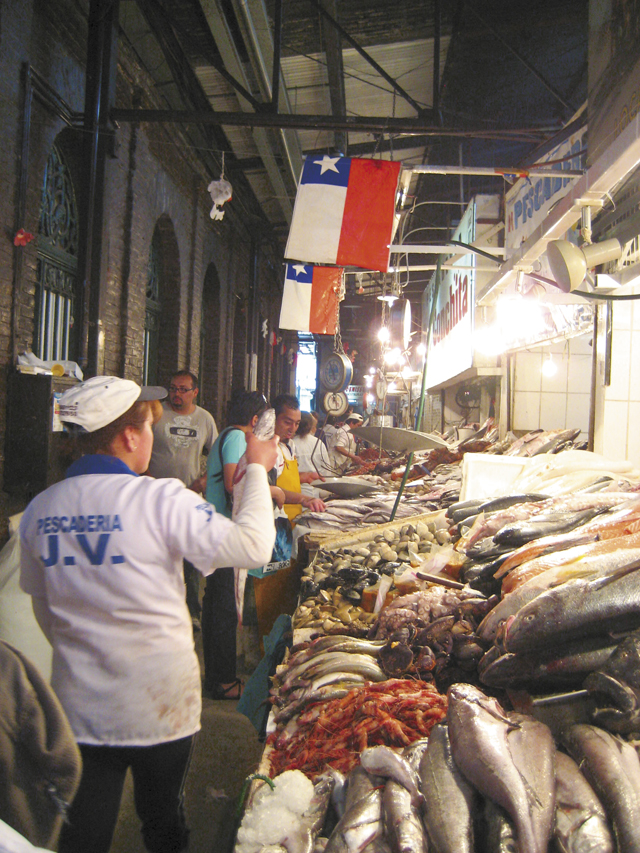 It’s safe to say that I got the standard K-12 education that most of you did, the end result being that I know far more about Ancient Rome than I do about modern South America. I can rattle off at least five Roman Emperors and their major weaknesses, but I couldn’t name any of Chile’s heroes—not even the two men who championed its independence. I am not one to disparage the study of ancient history, but it only occurred to me after I landed in Chile’s gorgeous capital of Santiago that I realized how little I really knew. It’s enough to make you feel alarmingly like Miss Teen South Carolina until you realize that our nation has written the entire South American continent off as a land of oil, dictators, drugs, and corruption, which, as it turns out, is very unfair. And if you’re Chile and Argentina, both of which have stable democracies and rank in the top 50 in GDP worldwide, it’s very, very unfair.

First, a brief history lesson: Chile and Argentina share a lot in common with the United States. The colonial powers of the old world carried their power struggles to foreign shores, where their indigenous peoples (the Mapuche Indians) fought back. The richness of the land maintained foreign interest in subjugation and imperialistic theft, and it took hundreds of years to shrug them off. But by then, Chile and Argentina had become a beacon for the weary and downtrodden the world over, who were looking to start a new life in a world where their religions and their last names held less meaning. The Irish came, the Germans came, the Eastern Europeans, the Spanish, Asians, even Jews fleeing WWII (along with a few Nazi stowaways, unfortunately). Sound familiar? In fact, the entire time I was down there I was haunted by feeling very much like I had traveled thousands of miles only to feel entirely at home. 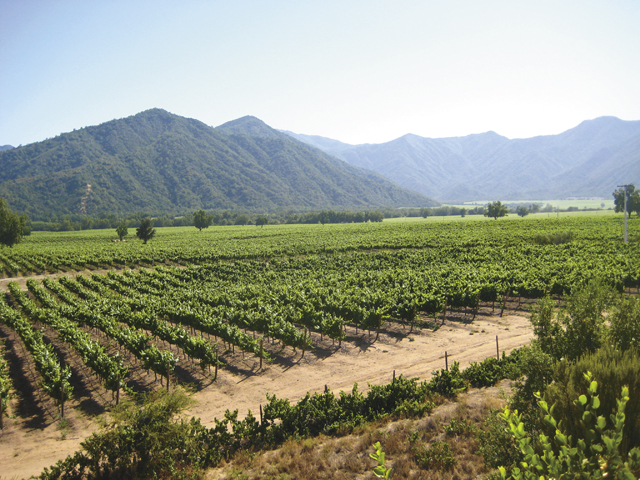 Santiago actually bears a striking resemblance to Los Angeles. There are the foothills of the Andes to the East, the calm breeze off the ocean to the west, and modern, funky little neighborhoods suitable for a casual stroll. Both the seafood and the wine are beyond excellent here—my advice is to have the ceviche at almost every restaurant you go to. It is never the same, but always the best you’ve ever had. Here’s another educational tidbit: the wine has a higher percentage of alcohol here, and damn, do you feel the difference. A visit to at least one of Chile’s many wineries is an incredibly fun and educational experience.

As Chilean and Argentine wines are easily found in the United States, you’ll want to occasionally save yourself for the pisco sours. Pisco is a dry grape brandy, but I found the taste to be nearer to tequila. It is enjoyable straight, mixed with coke, or better still, with simple syrup, lemon juice, egg white, and an optional dash of bitters: the Pisco Sour. It’s vaguely reminiscent of a margarita, only lighter and much more refreshing. North Americans go nuts for them, to the point that the international Chilean airport has capitalized on our collective withdrawal with a bar aptly named “The Last Pisco Sour”. It’s not that they can’t be made here, in fact you can find Pisco at the downtown Minneapolis Surdyk’s, or at France 44 in Edina. However, we don’t have their variety of lime and are forced to compromise with either regular lime or lemon juice.

If you have only enough in your budget for one fine dining experience in Santiago, head to celebrity hot-spot Aquí está Coco (www.aquiestacoco.cl/english/index.html). It’s a family-run restaurant that was entirely rebuilt following a devastating fire in 2008. However, the family chose to view the disaster as an opportunity to go green, and the result is tremendous. The flooring is recycled from an old gymnasium, the main dining area’s bar once was a boat, and the bathroom sinks are all from reclaimed wood. 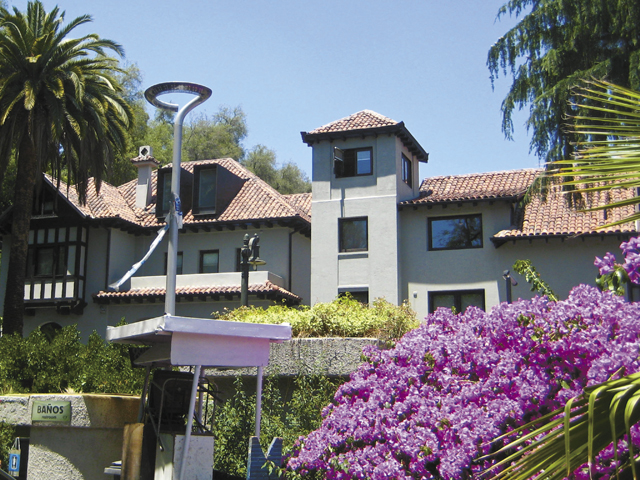 An under-the-sea effect is created throughout with captivating sea sponge-like lighting fixtures; brilliantly-dyed salmon skins serve as placemats, and a happy whale shimmers above Coco’s cocktail lounge. When you’re there, order the ceviche, which is nothing short of breathtaking. Sip a pisco sour, and when you’re ready, bravely order the eel. The menu is full of delights that could tempt the devil himself, but the eel is succulent, delicate, and mercifully easy on the eyes. It’s perhaps the best thing on the menu, and one of many dishes you should try at least once while in Chile, alongside the requisite sea bass. A note to tourists: they eat late here—many restaurants don’t even open until 8:00, and the nightlife extends into the not-so-wee hours of the morning.

While in Santiago, consider a day trip to coastal Valparaiso and its neighboring sister city, Vina del Mar. Valparaiso is a postcard-perfect city of brightly-painted corrugated tin homes, made from scavenged shipping crates. It sounds hideous, but the overall effect is actually stunning. Historically, each Valparaiso house was once painted to match its owner’s boat; boats needed to be brightly colored so they could easily be spotted even in the early morning fog, therefore, the brilliant green, shocking purple and citrus yellow houses.

Considering Chile also includes Easter Island and the Galapagos Islands, there is more than enough to do without hopping across the border into Argentina. However, we couldn’t resist venturing into Argentina’s Upper Patagonia, and that means the ski resort town of Bariloche. Bariloche models itself after Switzerland, so expect to find chalets, master chocolatiers, and cozy restaurants with wood-fire ovens. It’s cattle country, and though the meat is currently rationed for Argentines themselves, it’s difficult to avoid devouring a huge Flinstone-sized steak at least once a day. Smoked meats, fish, and cheeses are also on the menu. 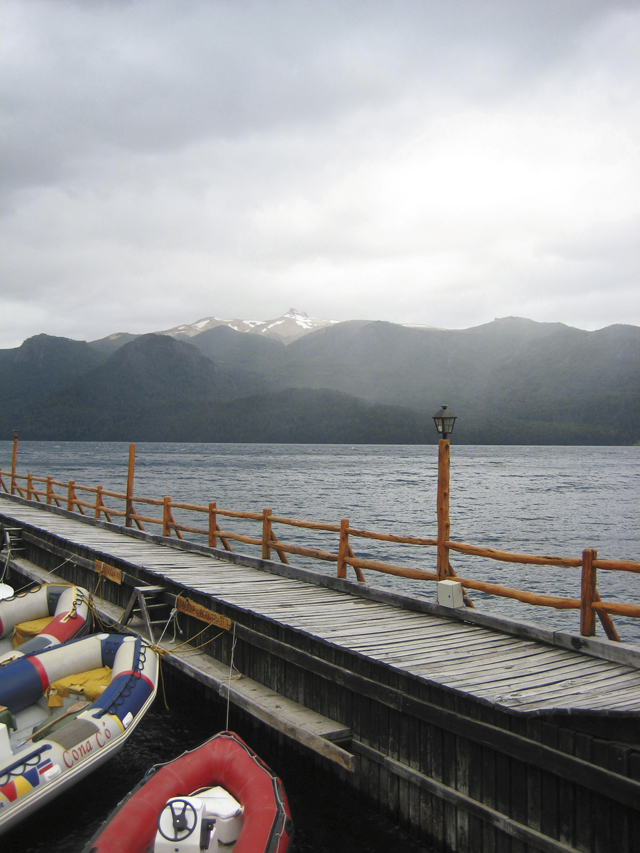 Bariloche (nicknamed “Braziloche” for its influx of vacationing Brazillians) is located on the southern coast of Lake Nahuel Huapi and is ringed by the Andes. It serves as a gateway to several national parks that rival Yellowstone in their untamed, fierce beauty. One particularly awe-inspiring overlook boasts winds at such a steady velocity that if you toss a penny over the side, it is blown right back to you. A few relaxing days in and around Bariloche are easily spent ogling leather (one of Argentina’s many souvenir must-buys), taking in the scenery, and visiting the world-class Llao Llao resort (pronounced shau shau). To go inside, reservations are required even for afternoon tea.

A trip to Argentina wouldn’t be complete without a buzz through Buenos Aires. Birthplace of the tango, street tango shows are especially common in the historic immigrant neighborhood of La Boca. Now a tourist mecca, you can easily spend an entire afternoon there perusing different shops and catching a street tango show or two. Just be careful: La Boca is within walking distance of the port and therefore has plenty of nearby slums and shantytowns. If you fall in love with the bittersweet tango in La Boca, the retro Tango Porteño show in downtown Buenos Aires is a treat. It’s unashamedly touristy, but it’s a crowd-pleaser for good reason.

One of Buenos Aires other delights is its above-ground cemetery. Evita Perón is buried within the Duarte crypt, but one can also find the infamous General Julio Roca—Brazil’s version of George Armstrong Custer. Throughout Chile and Argentina, the numerous statues to the Indian-fighter are now vandalized with painted representations of the many people he killed. One has to respect the governments of both countries for letting the vandalism remain, as well as the statues. It’s a more honest look at their history than to sanitize their past by removing the statue or removing the vandalism.

It was an interesting experience to leave Argentina and travel back home. Instead of the typical re-entry culture shock, I felt like I returned with a more complete understanding of America itself. Here was my thought: It’s ironic that as one of the largest, most populated countries, we can feel lonely, separate, and dare I say, obsessed with seeking approval from Europe and Asia. Instead of seeking constant reassurance from them, we could reach out, at least a little bit, to the other America: the long-lost twin who knows us almost as well as we know ourselves.