Rather than report the murder to police, Franck goes into denial and on to pursue the attentions of Michel. Alpha male Michel is all for that, given the gentle nature of the trim and very attractive Franck. But he doesn’t know that Franck witnessed his crime. It’s a classic case on Franck’s part of being attracted to that which is treacherous and perilous to his own well being. Has he confused sexual lust with love? (This is one of this great film’s profound questions that you may want to mull over over coffee after seeing the film with friends.)

To make matters worse, the men who cruise the lake clam up when it comes to helping with the police investigation. They reflex into self-preservation mode, worried about being found out that they cruise the lake. We assume alot of the cruisers are married or straight-identified and don’t want to be tagged as gay or bisexual.

Guiraudie’s film is filled with more naked male bodies than clothed ones. Nudity is simply the norm and the bulk of the actors are at home with that. Some will call the film porn, but it’s not. Not every naked moment in the film is about sex. It’s actually a classic-style thriller in the tradition of Hitchcock or even Sherlock Holmes.  When graphic sex acts are portrayed they have psychological correlates: when both men orgasm at the same time it’s a sign of oneness in complicity. A kind of bonding. When Franck allows a man with low self-esteem to give him head, it’s seen as a kindness.

However, Stranger by the Lake, does address the issue of sexual excess through the poignant figure of Henri (Patrick d’Assumcao), a physically heavy man who sits at the beach clothed every day. He yearns for emotional connection with men and asks why can’t men sleep together and not have sex? Can one focus too much on the genitals and other physical attributes and hence, not fully and truly comprehend the wonder of that noble beast called man? Henri is also deeply in love with Franck and suspicious of Michel. Moreover, Franck, is always kind and friendly toward Henri. This makes Franck all the more dear to him as there is a tendency for men of a lower traditional standard of physical attractiveness like Henri to be judged by the other men. Gay culture and subcultures have long been derided for focusing too heavily on physical beauty.

Sexual excess is also pulled into focus with a police investigator played with a continuous matter-of-fact attitude by the excellent Jerome Chappatte. The investigator is a humane man without homophobia. He compassionately observes “one of your own is murdered and you don’t care. You guys have a strange way of loving each other sometimes.” This is not to judge the homosexuality of the men he interviews, but to bring to light the callous way in which the cruisers refuse to give out information about the cruising dynamics that would help solve the crime. 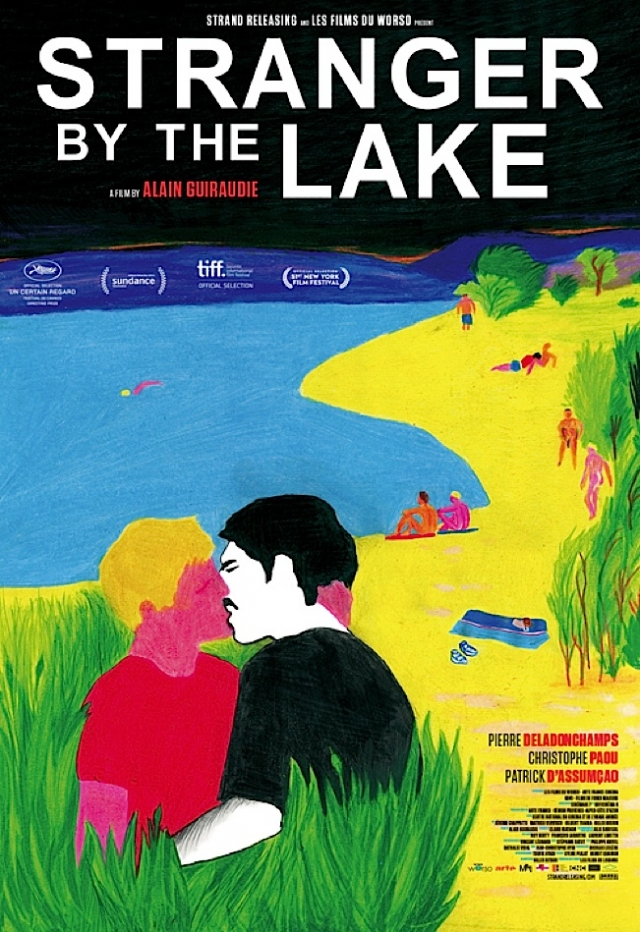