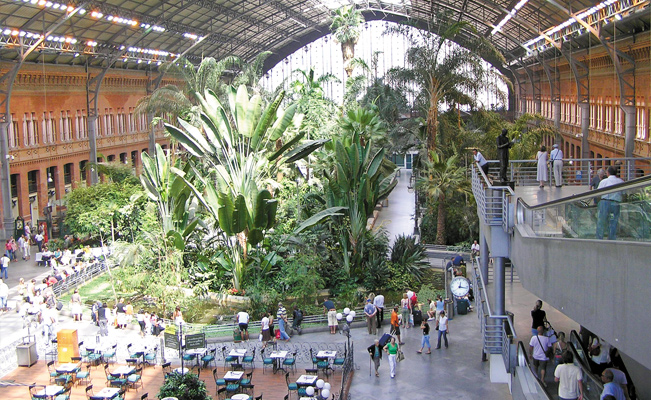 The reign in Spain is over. Ferran Adria, renowned as the world’s best chef, has closed his frontier-pushing restaurant (just as equally iconic Charlie Trotter has called it quits in Chicago). Adria’s molecular gastronomy—devised as much in a chem lab as in a kitchen, and copied by many an aspiring chef around the globe—has run its course, as most food fashions do. Its passing paves the way for two equally rewarding trends I spotted in Madrid: a chance for forward young cooks to shine, and a rebirth of well-loved traditional fare, but with homage newly paid to honoring the best products available—in particular, well-cared-for beef, pork and seafood.

Nowhere is this more evident, and rewarding, than in the panoply of tapas offered—the little plates, a mere bite or two, served as munchies to accompany a drink. In fact, that’s how the practice started. Back in the day, to woo customers, a barkeep offered a free nibble with each glass of wine or beer, served on a tapa, or cover, atop the glass. At bars, such as the one adjoining my hotel on Calle La Cruz, that’s still the case. With my glass of red appeared complimentary slices of sausage and toasts spread with pesto. In fact, during Madrid Fusion, Madrid’s annual two-week gastro-celebration starting in late January, many a bar offers a drink and a tapa for the special price of 3 euros. To continue the food focus during Fusion, museums provide special food-themed tours of their collections (think Adam and Eve with the fatal apple; Christ’s Last Supper, etc.)

The best thing about tapa-hopping is that there are no rules (well, just one. A fellow ordering a Coke was chastised as a rube: No Coca with tapas. Other than that, munch away, from 10 a.m. to 3 a m., before, or (as I made a habit) instead of dinner, which gets underway just short of midnight.

Start your day, or end it, with a cup of dark, dense, hot chocolate and a plate of churros—long, light doughnut fingers. Best of the best are found at Chocolatier San Gimes, a block from iconic Plaza Mayor. White-coated waiters, mirrored walls, marble tables—just as it’s been since the 1800s.

Then fast-forward a block west of the plaza to the market of tomorrow, Mercado San Miguel. It’s Tapas Central. Under one roof dozens of upscale stalls present their specialty: brochettes of olives, a seafood stand. Here, macaroons and arroz con leche, over there, caviar—all displayed like gems in a jewelry store. The sherry bar offers six sips and six tapas for 35 euros. We feasted on sweet peppers stuffed with tuna and brochettes of chorizo twined with capers.

Then, just like the Madrilenos, we drifted elsewhere for our next bite. At fashionable Estado Puro, traditional tapas have been deconstructed, then reassembled with imagination. At Puerta 57, a glitzy bar overlooking the soccer stadium, we gobbled portobello sliders and a creamy, egg-rich potato tortilla.  In another trendy bar, the showstopper was Russian salad (yes, those diced veggies in mayo that Grandma served her bridge club), along with mussel croquettes and skewered octopus with a garlicky dip.

Forging onward, we discovered a sweet little hangout near the Prado serving octopus meatballs, air-cured ham, and toasts loaded with arugula and tomatoes: tastes as eternal as the museum’s art. Then a blast from the past in a dive with a nautical theme and soccer on the screen. It won our hearts with a fry of fishes tinier than minnows stirred into scrambled eggs. 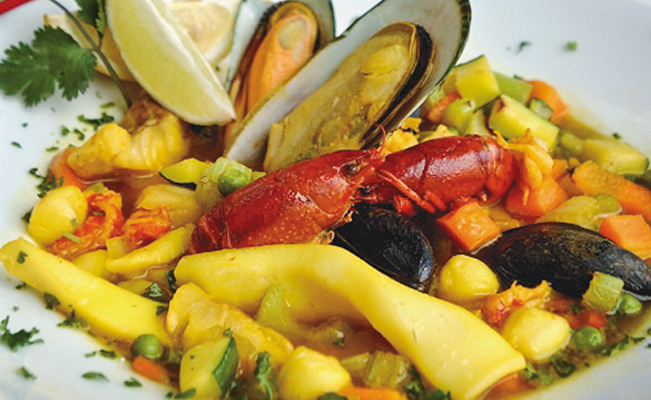 My very favorite tapas-hopping locale is the plaza fronting the Teatro Espagnol. First stop is always Lateral, embraced for its English menu that divides its taste by category: meat, seafood, cheese, vegetables. As usual, I over-ordered, despite my waiter’s warning, then staggered away after a feast of fried liver layered with beef carpaccio; smoked salmon atop creamy brie; mixed veggies in pesto on toast; and a bouquet of batter-fried eggplant slices to dip in spicy tomato sauce.

When I came up for air the next night, I crossed the street to Vinoteca Barbecheron for a glass from its well-curated list to accent grilled peppers warmed with mozzarella and a classic potato tortilla. Just time for a final café con leche before I hop back on Iberia. Wait, wait! Onboard, they’re serving us tapas, too! To eat your way through Madrid, check out www.ineedspain.com.

Gay marriage has long been legal in Spain, and Chueca is the main dating drag of Madrid, lined with clubs, bars, saunas and discos, The drill: dinner at 10, bar scene at 1, discos until 4.

See www.Gaymadrid.com for listings of bars, cafes, discos, saunas and shops to suit your fancy.