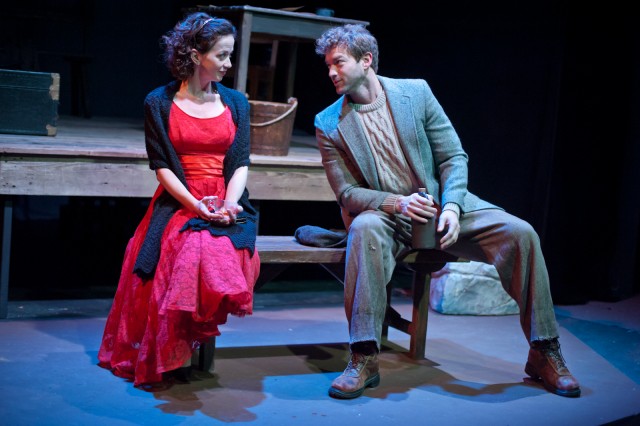 Modesty about sex and physical attractiveness is no longer pressured into our culture to the vast degree it once was. Sixty years ago reserve about one’s own good looks beneath the clothing, if one even realized that he or she was good looking, and the passion one felt toward another, might well have been felt as a either source of repression or as sweet anticipation of things to come.

In the mid-20th Century such reserve was ubiquitous, even in the largest cities. When playwright Gardner McKay penned his play Sea Marks, in the early 1970s when the Sexual Revolution was in full throttle, he looked back wistfully and tenderly at that post-World War II period, which was by and large a more innocent time for many people. That said, this is not what I would exactly call a nostalgic play, though its sweetness and tenderness are things we have see too little of in pop culture of recent years. Garish sexuality too easily shoves intimate tenderness aside anymore.

That intimate quality has been splendidly realized in Gremlin’s sublime production directed by Ellen Fenster. The story launches as Colm (Peter Christian Hansen), a fisherman from the Western Isles of Ireland meets Timothea (Stacia Rice), who hails from Wales. Though she has made a niche for herself in Liverpool, she navigates city life alone. On a fateful trip to Colm’s home island where the denizens are tightly knit, they clearly fascinate each other when they first communicate. But they reflexively maintain their reserve.

Both are in their mid-thirties, a time well, well past youth, when the specter of middle age seems to be ominously hovering. Those who haven’t coupled by that time often get desperate with the fear of growing old alone. McKay captures the essence of such anxiety exquisitely. All ages will relate to this from very different vantage points, whether coupled or not. 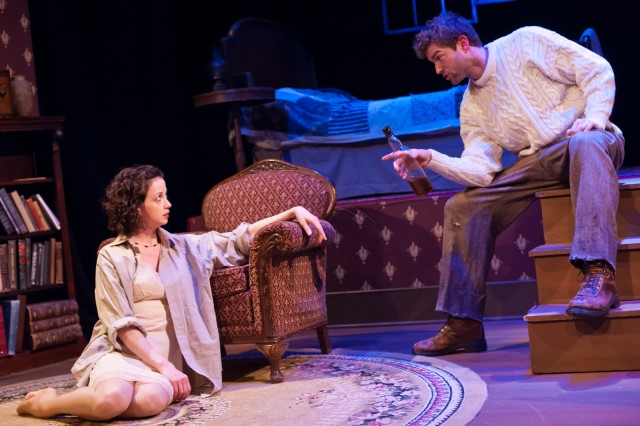 Today’s audience will tend to think that a handsome 35 year old man who is still a virgin must therefore be gay. But that itself would be a post-Sexual Revolution stereotype devoid of context. McKay reminds us that isolated, parochial small town life often strictly limited sexual experience for both men and women, so an unmarried looker of a man being a virgin and heterosexual was perfectly possible if not enough women were available and interested.

How Hansen makes us believe this is through courageous and delicate vulnerability. As his character’s love for Timothea increases, that vulnerability touchingly cracks through Colm’s natural ruggedness. A ruggedness born out of his life as a fisherman on the volatile seas. When the pair finally shed their reserve, and Colm discovers carnal knowledge with her, it is achingly lovely. This of course, has equally to do with delicate sensitivity Rice brings to a character who inherently values male vulnerability and knows how precious that is. Moreover, Rice illuminates Timothea as a woman torn between wanting a larger view of life and wanting love. These are two wonderful actors in top form.