Eugene O’Neill’s intense mirror of his family issues tends to be automaticallly regarded by scholars and ciritcs everywhere as one of–if not the–greatest play by the man generally thought of as America’s all-time greatest playwright. Indeed, it’s almost a rote reaction. But there’s nothing rote about the Gurhrie’s illuminating revival of the masterpiece, which, believe it or not, has never been produced during the Big G’s 50 years of operations until now. Long Day’s Journey Into Night‘s themes of alcoholism, prescription drug abuse, strangulating religious conservatism, chronic fear of poverty that drives people to outlandish economic theories, and conflict between traditional literature (ie. Shakespeare) and progressive (read: gay) literature (ie. Oscar Wilde), are woven into the tortured speech and behavior patterns of a family headed by a commercial stage actor patriarch and cheapskate a century ago.

Joe Dowling has directed the drama with a vivid apprehension of its lyrical shape. No. It’s not a musical but the four tormented main characters’ spoken voices in the first half are like a manic symphony of verbal jackhammers, which is what O’ Neill (1888-1953) essentially demands in the script. It demands a lot of the audience, but if you actively watch and listen you are in for numerous marvelous line deliveries that may well stay with you for days. You will understand from this production why it’s said that O’Neill brought American drama kicking and screaming into the 20th century.

Then, in Act II the characters each have their own sections wherein they speak their personal truths. It’s almost like a series of nonmusical arias with bits of dialogue by other characters splicing in every now and then. But unlike an opera, there’s nothing obviously stylized by this brilliant cast’s bewitching interpretation. It’s all grit and rawness of souls laid bared…not to mention a continual undercurrent of searing sardonic wit that sneaks up on you when you may least expect it.

Peter Michael Goetz and Helen Carey astound as the aging married cuple, James and Mary Tyrone. John Catron and John Skelley are both endearing and maddening as their sons, Jamie and Edmund. This is perhaps the best Guthrie show in a few years and, frankly, it ought to be considered for a transfer to Broadway and London. A sterling example of classic American drama viscerally fully realized. 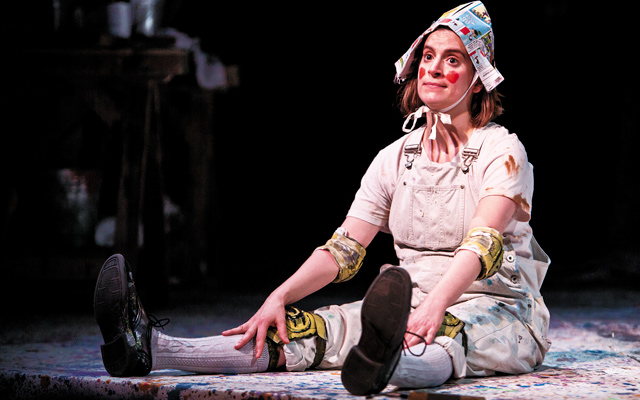 At the matinee I caught of CTC’s  Pinocchio there were a few times when I thought the kids in the audience were going to riot. When Pinocchio, played in a spiffy crossgender turn by Elise Langer, asks the crowd to choose between school or music, it was like a Vikings game! Greg Banks’s inspired stage adaptation of Carlo Collodi’s book begins with a group of painters who enter the stage area which has scaffolding, ladders, and other work site set pieces (Joseph Stanley, scenic designer). They ask the audience to leave because they have to paint. Of course, the kids demand they perform the show, so the painters quickly become an electrical ensemble of actors who play multiple roles with inventive use of props. Paintbrushes become donkey ears. A long red wig becomes a fox tail. Bradley Greenwald, Maggie Chestovich, Dean Holt, and onstage musician-painter Victor Zupanc are delightfully compelling.

Banks, who also directs the show, is subversive in that it’s very low-tech and yet has an epic sweep. No need for special technical gimmicks and Mary Anna Culligan’s worker costumes are appropriately plain. Yet you feel as if you’ve witnessed a real odyssey as Pinocchio joins a puppet show, falls prey to slavery, and is swallowed by a whale. Indeed, the simple silhouette against a tarp that portrays the whale chase made the kids ecstatic. Just goes to show, storytelling–simple, true, and authentic–will always trump fancy effects. 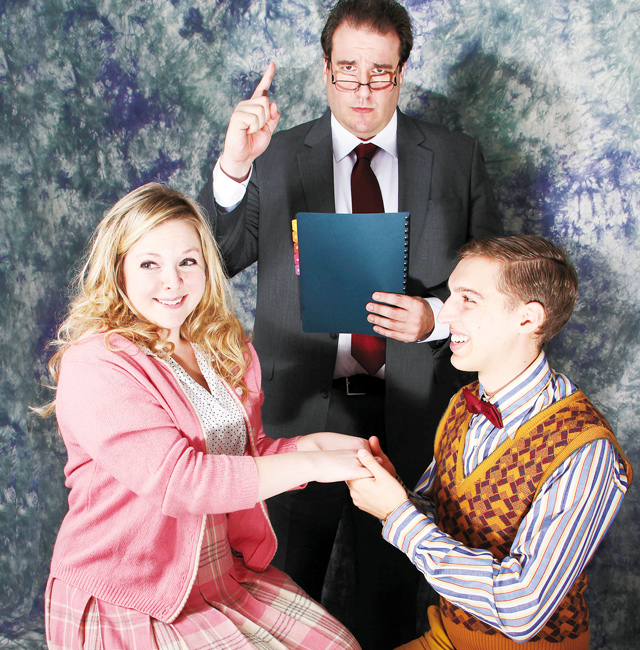 Minneapolis Musical Theatre and the Hennepin Theatre Trust offer a timely spoof on the ‘evils’ of weed. Recent liberalization of marijuana policy at the ballot box and the Justice Department have been reconfiguring how we as a society approach the subject. Director Steven Meerdink notes “the original 1936 movie was financed by a church group under the title Tell Your Children. It was intended to be shown to parents as a morality tale attempting to tell them about the dangers of cannabis use. However, soon after the film was shot, it was purchased by producer Dwain Esper, who re-cut the film for distribution and the exploitation film circuit. The film did not gain an audience until it was rediscovered in the the 1970s and gained new life as a piece of unintentional comedy among advocates of cannabis policy reform. Today, it is in the public domain in the US and is considered a cult film. It inspired the musical satire, which premiered Off-Broadway in 2001 and the film based on the musical in 2005.” 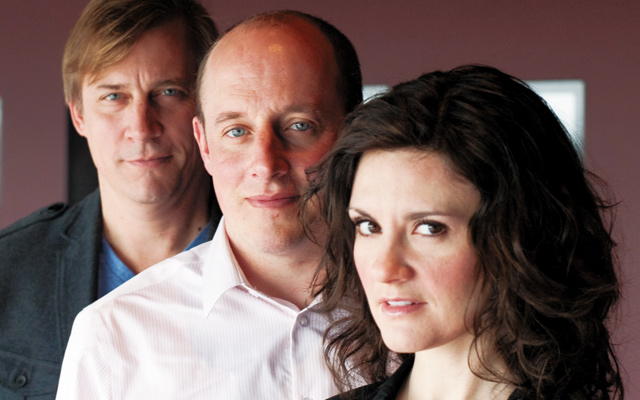 A perfect dark stage comedy for Oscar season. Director Ben McGovern describes “two men form a rickety bond based on a mutual urge for protection and self-advancement. When that bond is tested by a woman who offers them a glimpse into a world free of the need for this tribal mentality, playwright David Mamet exposes “the inherent fear and misogyny that helps drive Hollywood’s media moguls.” Actors Sarah Marsh, Kris L. Nelson, and Bill McCallum are known for their strong work at Park Square and the Guthrie. This is a chance to see them up close in an intimate performance space. Mamet is known for his spare dialogue and scathing insights into corruption among those out to make as easy (and sleazy) and as big a buck as possible.

Scoot over Meryl and Daniel Day because Cindy Sherman gives you a run for your money in the transformation department. The solo visual artist who is the subject of her photographs has been expanding her vision since the ’80s  and the Walker’s retrospective is–and I know the term is overused but it’s accurate–amazing.

Practically all the photos have ‘Untitled’ and then a number in the title, so they are sectioned off into themes such as fashion and history. Her History Portraits (1988-90) are inspired by Renaissance, Baroque, Rococo, and Neo-Classical paintings. Sherman crosses gender lines and convincingly poses as clerical and aristocratic men. She expresses class differences as an aging scullery maid and a queen with an emphasis on bare breasts that are the only thing that gives away their contemporary sensibility. These portraits are supremely witty and uncanny re-imaginings of a genre.

Sherman’s transformations are often aided by prosthetic pieces, sometimes taken to extremes with a pig snout or a centerfold spoof in which she wears a mask and every other naked part of her body appears to be fake. In sum, Sherman is a master of disguise who shows us the outer limits of how we can construct identity through appearance.