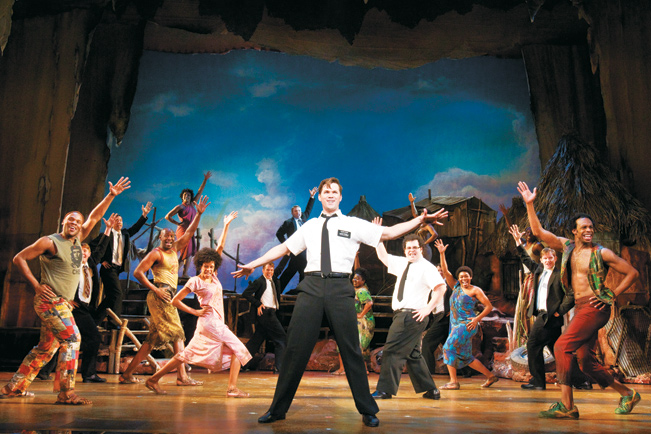 The Book of Mormon. Photo by Joan Marcus

The eagerly awaited national tour of the winner of nine Tony Awards (2011) is one of the hottest tickets in Twin Cities theater history. The satire of youthful Mormon missionaries in Uganda may seem like an odd situation for a musical but throngs of theatergoers adore the show. Its creation process took seven years and its creators are Trey Parker and Matt Stone of the animated South Park sitcom and Robert Lopez, one of the co-creators of the Broadway smash, Avenue Q.  Some Mormons, as well as some conservative Jews and Christians, have been offended by the show. Others have praised it for bringing such issues to light as AIDS and female genital mutilation in Africa. Indeed, such topics are quite unusual for a Broadway musical.

Co-writer Dawn Brodey says, “the thing that has been the most fun about creating The Ultimate Pajama Party is that I get to both recall all the the things that made my old-school PJ parties so special, and playing with how to bring them into my 30s. Unlike when I was 14, I’m not talking about the math test or the boy I like…but, wait…yes, I am! Only the ‘math test’ is my taxes and the ‘boy I like’ is the divorce I might be contemplating.  What we’ve all discovered in the process of creating this show is that the special environment that was created in those old pajama parties should never have been relegated to a thing of the past.”

Co-writer Jim Detmar adds, “instead of writing a script, handing it to the director, and then walking away, Dawn and I have gone through a myriad of variations of the script–trying to keep it intact as a script and tell the compelling story of the actors, all the while knowing it has to be loose enough for the actors and director (Ross Young) to interpret and change.”

Just about the funniest woman around, Janet Paone says, “I play ‘Janet’ which is great…because now that I’m menopausal, getting to use my name is less to remember! Douglas Anderson and myself are cohosts of this bash.” Anderson, by the way, plays the GBF character, as in, ‘Gay Best Friend.’ And what a perfect match with Paone because Anderson just happens to be just about the funniest man around.

Executive Producer Tammy Hauser rounds it out with, “my closest gay friends are terrifically funny, creative, have great personal style, are really smart, and show up for me in so many ways. The complicated nature of women’s friendships is just not present with gay men and that’s very liberating for me. This show celebrates gay man/straight female relationships.” 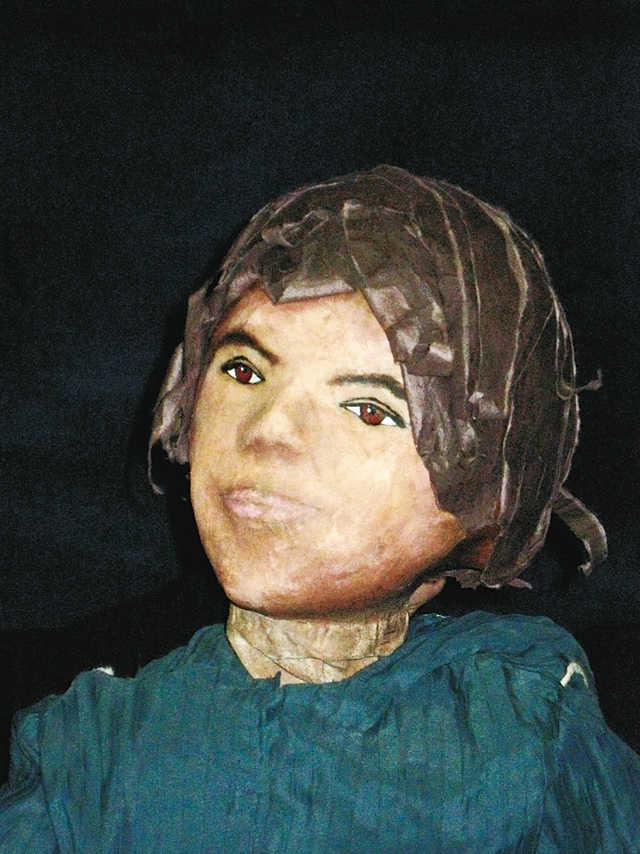 Master Puppeteer Bart Buch has a distinct way of infusing a gay sensibility into classic work. Of course, it helps when the classic already has gay undercurrents as does the Sumerian epic of Gilgamesh. But, let’s be honest. A lot of classic lit’s homosexual subtext has been whitewashed over the centuries and millennia, even when it’s as clear as it is between Monarch Gilgamesh and Wild Child Enkidu. Buch surmises, “Kid Enkidu’s two main characters are ambiguously gendered. They are neither boys or girls and both boys and girls. They are just two kids who want to be by each other’s side. Kid Enkidu is born into a beautiful, endangered, queer spirit world with a twin and separated from the beloved twin. Love poem patterns from the natural world, seductive shadows, and scruffy little gods help Enkidu find his beloved.”

One Voice Chorus has ascended as a major musical force in the Upper Midwest and is beloved for its inclusiveness and its affinity with beautiful music of various genres that often reflect a social consciousness. Comprised of GLBT members and allies, the group also signifies a unity between communities that can only be praised.

Artistic Director Jan Ramseyer Miller reflects, “One Voice has come a long way from the fledgling GLBT chorus that entered the Twin Cities scene in 1988 to the 110 singers that now fill the stage! Our January 26 concerts celebrate GLBT stories from the past 25 years and highlight the collaborations and vibrant programming that have been hallmarks of the chorus. A unique element of this concert includes video stories from singers, alumni, and audience members sharing their personal reflections as well as stories from our work in schools and outreach in Minnesota.”

Minneapolis Musical Theatre and Hennepin Theatre Trust bring us a spoof on “drugs-phobia” as inspired by an iconically silly propaganda film. Director Steven Meerdink relates, “the original movie was financed by a church group under the title of Tell Your Children and was intended to be shown to parents as a morality tale attempting to teach them aobut the dangers of cannabis use. However, soon after the film was shot, it was purchased by producer Dwain Esper, who re-cut the film for distribution on the exploitation film circuit. The film did not gain an audience until it was rediscovered in the 1970s and gained new life as a piece of unintentional comedy amongst advocates of cannabis reform. Today, it is in the public domain in the US and is considered a cult film. It inspired the musical satire, which premiered off-Broadway in 2001, and the film based on the musical in 2005.” 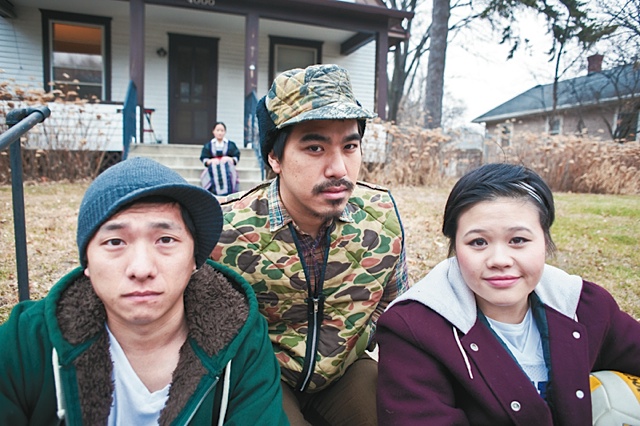 The Tiger Among Us. Photo by Aaron Fenster Photography

Lauren Yee’s new play probes the cultural disconnect experienced by a Hmong family in rural Minnesota. Director Ellen Fenster observes, “like so many immigrant families, (they) must shift thir traditional family/gender roles around in order to function in the US. Pao Xiong (Maxwell Chonk Thao) and Lia Xiong (Gaosong Vang) are young Hmong Americans who have been raised in the US. Their father was born in Laos and survived the Vietnam War, a harrowing escape from the jungle, and life in a Thai refugee camp. The family lost their mother along the way, and Pao, the elder brother, finds himself functioning as the traditional ‘matriarch’ of the family. He cooks, raises his little sister, protects and cares for his vulnerable father, and takes the lead on all domestic duties. This dynamic works for the family in the sense that the Xiongs are still living together: dad is healthy and Lia is pursuing her dreams of college, volleyball, high academic achievement. But there is a price to pay for Pao, who, despite being very intelligent, drops out of school and works menial jobs to keep the family afloat.”

The novella, Venus in Furs (plural), is at the root of playwright David Ives’s Broadway hit.  Penned by 19th century Austrian, Leopold von Sacher-Masoch (you know the term ‘masochist’), it was part of his unfinished Legacy of Cain series.

Director Joel Sass says, “what Ives does so brilliantly is interweave the S&M scenario of the book, Venus in Furs, together with the struggle for dominance and control between a playwright/director (Peter Hansen) and a vulnerable actress desperate for a break. Their exchanges are sometimes flirtatious, sometimes abusive, and always mysterious. The wannabe actress, Vonda (Anna Sundberg), is riveting to observe–one moment you think she’s a comic, sexy twit, and next a dangerous psychopath. Ives keeps us guessing until the end as to the true motivations of these characters.” 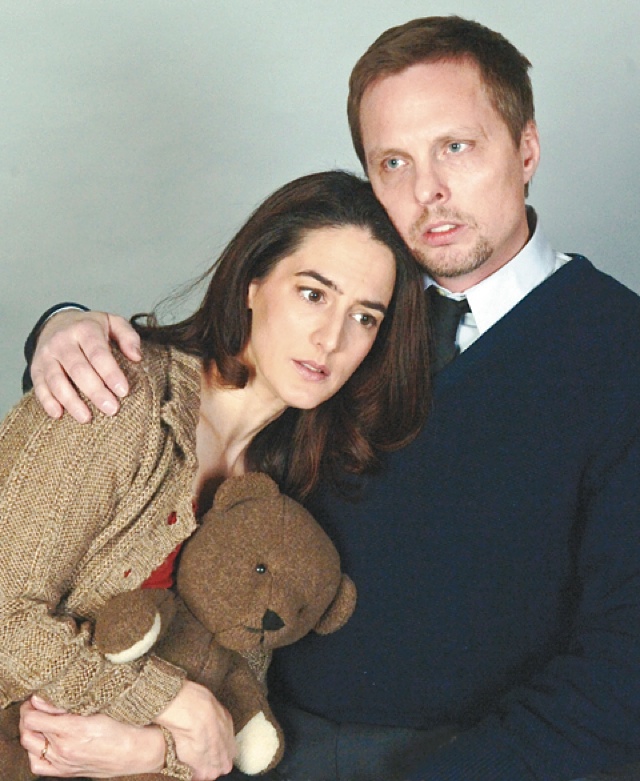 When TRP planned to stage David Lindsay-Abaire’s Pulitzer Prize-winner about bottomless grief over the death of a child, they could not have known that the Newtown children’s massacre was going to happen. However, it would have been impossible not to have brought the tragedy into rehearsal discussion. Director David Coral says the shootings are “relevant. All those families and, indeed, that whole community, are ‘down the rabbit hole’ now, suddenly and inexplicably in a place they never imagine they’d be; their whole worlds thrown off-axis and drastically out of balance. So, too, with the number of teen and childhood suicides. These kinds of things are happening with more frequency. It was like that with our community, too, in the early ’80s with the onset of AIDS. Suddenly nothing was as it seemed or had always been.”

Coral surmises that when the world gets more uncertain, “we are all called to re-invent ourselves over and over again. Who are you? Who am I? Who are we to each other? How will we get through all this? Where are we going? Rabbit Hole is not about the death of a son, it’s about us, the survivors, and who we will become in this new, unfamiliar world.”