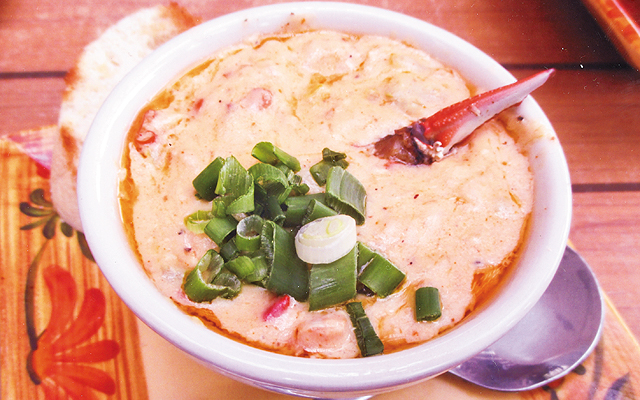 Palms swaying, waves shushing onto powder sand: I’m deep in the heart of…Texas? Yes, but far from the “Texan” Texas. This is South Padre Island, off the Gulf Shore: no ten-gallon hats, no big hair, no barbecue. No office towers, either, nor big-box emporiums, nor attitude. Call it Pleasure Island and you’d be right on the money (which it doesn’t require a lot of to enjoy).

Nobody actually lives on this half-mile-wide strip of paradise, connected to the mainland by a soaring, two-and-a-half-mile bridge (signs warn: “Watch for pelicans when blinking”), but everybody plays here year-round: boomers, spring breakers, wedding parties, and vacationers of all stripes, including many from Mexico, nearby.

What’s to do? Well, monitor the sunrise, then flip beaches and oversee the sunset with a pina colada near at hand. In between, swim and stroll the shore as bleating seagulls strut like security guards and pelicans fly by in military formation. Watch for dolphins on the bay side, so close you don’t need your zoom lens. Or take a dolphin cruise, where they perform a continuous leap-and-dive floor show just inches from the boat. Build a sand castle, or ogle the dozens of elaborate models all around town. 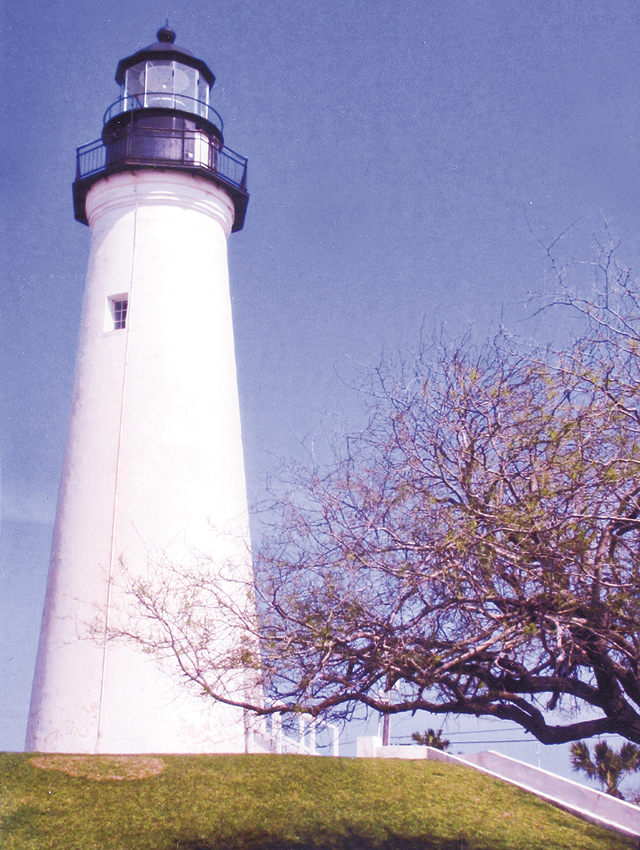 Visit Sea Turtles, Inc., a rehab facility for critters injured by boats, predators, or in shock from a surge of cold water. Fred, a 200-pound loggerhead, blinks his eyes at us, while Jerry leaps for lettuce visitors can feed him. The operation also rescues turtle eggs and alerts voyeurs when they’re about to hatch.

The nearby Birding Center offers guided or DIY ambles along its ample boardwalk for up-close-and-personal encounters with herons, egrets, pink spoonbills, mud hens and a hundred more species, plus those gossiping seagulls. Free WAVE buses scoot visitors from one end of the five-mile island to the other: from wild and billowing sand dunes to the RV park dominated by Minnesota license plates. Midway between, Schlitterbahn Beach Waterpark provides even balmier thrills and spills (reduced admission rates for guests at the attached resort).

I awoke one morning to a blanket of fog, dense as any in New England: mysterious, romantic, and utterly quiet (except for those darn seagulls)—perfect for a solitary ramble along the shore, except that I couldn’t even spot my hotel in the enveloping mist. As it cleared, I headed to the mainland and sweet Port Isabel, anchored by its iconic lighthouse, in use from 1852 to 1905—a lookout for both Union and Confederate troops during the Civil War and today the only lighthouse on the coast open to visitors, who are rewarded by a 16-mile view if they can master the 74 spiraling steps. It’s the summertime site of free Friday fireworks and movies. 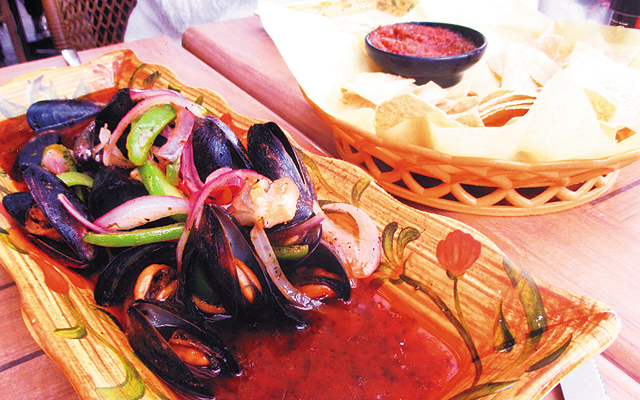 Fresh Mussels at The Palms. Photo by Carla Waldemar

Hidden among the town’s collage of art galleries and boutiques (lots of good silver jewelry) stands the History Museum, a well-curated intro to this niche of Texas, from pre-Columbian artifacts to those of Spanish Conquistadores and pirates and the shrimping industry of the Forties and Fifties, when Port Isabel was called the shrimp capitol of the world. I settled for a mango ice cream cone at a waterside scoop shop.

Oh, I found my shrimp later, all right—at Yummies’ brunch, where deck-side seating provides a glimpse of the bay while devouring grits with shrimp and jack cheese, followed by a slice of homemade coconut cream pie. Or choose tacos, burritos, or eggs rancheros if you wish. For dinner at Pier 19, hanging over the water, more shrimp, in tandem with a sampler plate of grouper, scallops and hush puppies. Pier 19 serves shrimp many ways, and offers to cook whatever you catch in this fisherman’s nirvana. 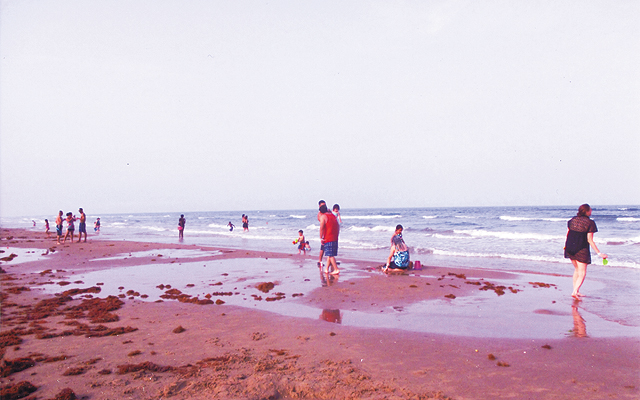 Sea Breeze is an island institution of waterside casual chic, where the specialty is grouper throat (who knew?)—an uber-local delicacy. The Palms lures locals in the know to the deck of an old-time motel, where the menu segues from snapper tacos and a BL (for lobster)T Benedict to seafood bisque and crab cakes divine. One last dinner: Gabriella’s is as Eye-talian as they come, complete with checkered tablecloths and candles in Chianti bottles. If you can resist the amazing pizza with homemade fennel sausage (and who should?), dine on veal chop or osso buco, followed, for the gluttonous or foolhardy, by a spumoni-topped banana split. Like your inner Italian nonna tells you, “Mangia!”

To make your vacation even easier, Delta Airlines has launched a seasonal non-stop flight from MSP to Valley International Airport, which offers a shuttle directly to South Padre Island.