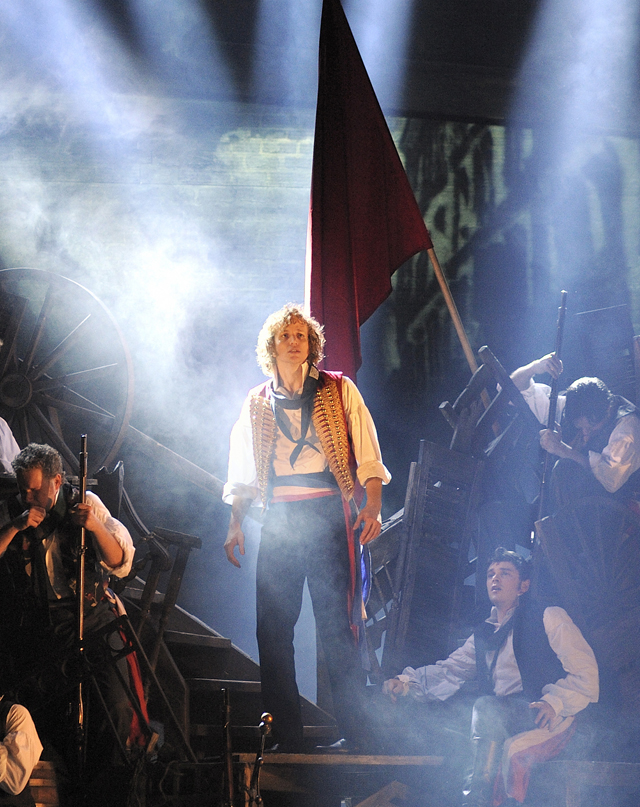 When I saw Les Miserables soon after it opened in Los Angeles in the 1980s I was disappointed. Though the vocals were strong, the characterizations had been directed toward what I felt was a two-dimensional, quasi-expressionistic style that distanced the audience and the performers from the characters’ inner humanity. The fabled turntable set seemed cumbersome and too clever by half. A technological gimmick that distracted from the story line.

However, the 25th Anniversary tour at the Orpheum directed by Laurence Connor and James Powell, was an about face for me. There’s no turntable – simply straightforward historically detailed settings designed by Matt Kinley, sumptuously reminiscent of a Grand Opera set and inspired by actual paintings by Victor Hugo who wrote the 1862 novel on which the musical is based. This gives it a softer, dreamier feel than the original ’80s incarnation, yet it still brings home the degradation of poverty. Whether it’s a courtyard, a barricade, or a red light district, this Les Miz captures the diminished aspect of an early 1800s Paris impoverished. 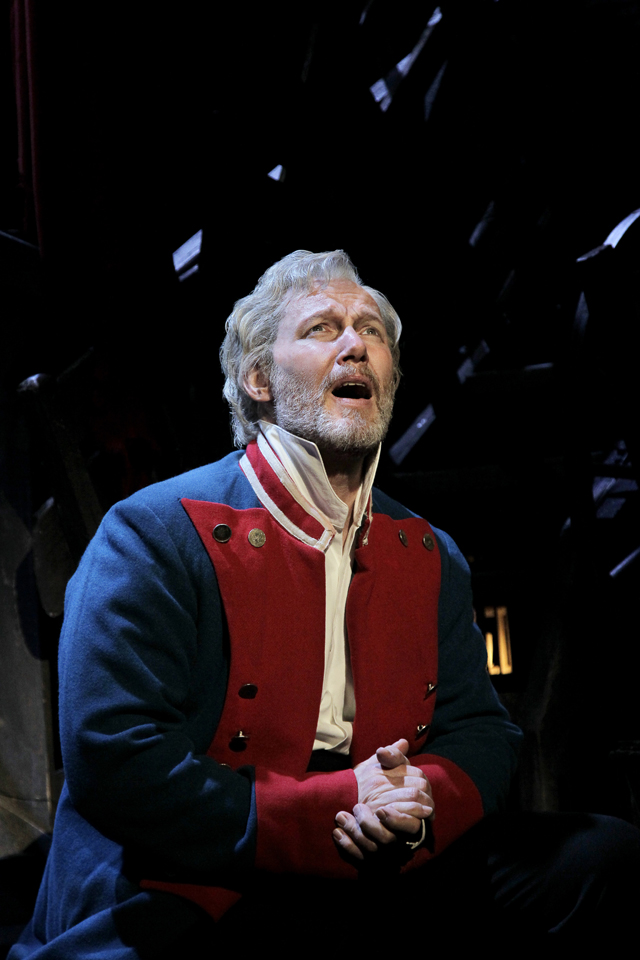 Perhaps it’s the more basic, yet historically beautiful set that has nestled the characters more deeply in their roles, because the Orpheum performances are profoundly emotional, yet clearly focused. The voices range from very good to superlative. The musical involves a titanic conflict between a reformed ex-convict, Jean Valjean (J. Mark McVey) and Javert (Andrew Varela), the penal bureaucrat obsessed with pursuing him. The magnificent McVey embodies rugged rustic masculinity brought down by an unjust sociopolitical system and the commanding Varela epitomizes self-righteousness fueled by the misguided notions of that system. 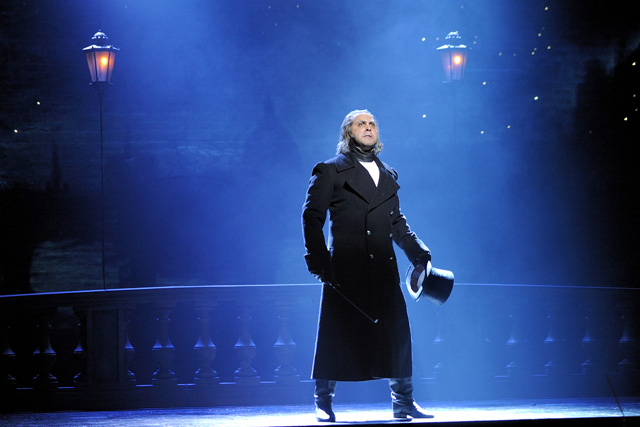 Betsy Morgan as Fantine and Chasten Harmon’s Eponine blend rawness as women degraded by patriarchy’s economic injustice as well as the dignity that springs from the hope that perhaps in some miraculous way, their dreams might come true. Though be warned that Herbert Kretzmer’s lyrics really do flesh out the despair. It’s agonizingly beautiful and uncompromising in parts. You may shed a tear or two. And there’s nothing wrong with that!

Connor and Powell, on the wings of Claude-Michel’s gorgeous score, have organically elicited the musical’s epic sweep. When I first saw Les Miz, the numbers seemed self-contained and self-conscious. They now flow with historical epic fluidity. It’s like a wave of cultural history washing over you. The gripping escape scene in the Paris sewers has been made even more beguiling by technology provided by artists from the Fifty-Nine Productions group. Their craft meshes with the story and production organically. You may say that it looks cool -which it is- but it doesn’t take you out of the story’s action – it complements the action wonderfully. 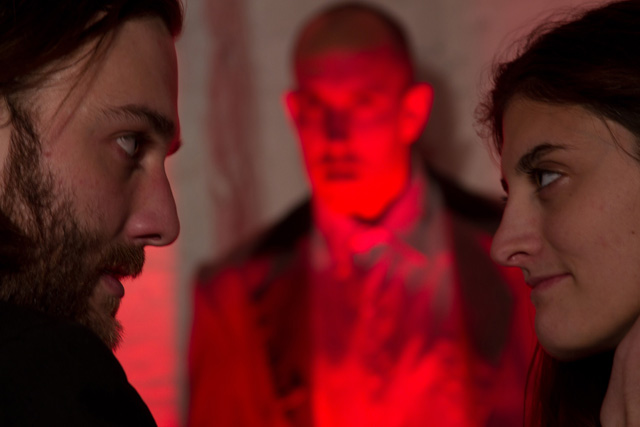 At the local and smaller theater, Nimbus, you can deepen your cut on 19th century Europe’s class divisions in Woyzeck penned by Georg Buchner in the 1830s. As with Hugo, Buchner is enraged to the marrow about the systematic way in which the less socially connected are marginalized. The location here is Germany and it’s not urban but a rural village. But the impulse/compulsion where the privileged degrade those they see as inferior is savagely drawn. None of the stereotype about the supposed moral superiority of rural people over citydwellers.

At Nimbus, director Brian Hesser’s solid cast evokes the meanness of townsfolk who abuse men physically and women sexually and both genders mentally. This production evokes an oddly grim vitality. Though the stage combat is too realistic and would have been more effective had it been stylized, the cast brings forth the oppressiveness of harshly judgemental parochialism. Meri Golden is chilling as a grandmother with morbid tendencies and Tara Lucchino is touching as Marie, a woman scapegoated by rural machismo.

A half century later Norwegian dramatist Henrik Ibsen would launch his own compelling inquiry into the dark side of the European provincial town. Buchner seems a precursor to that.