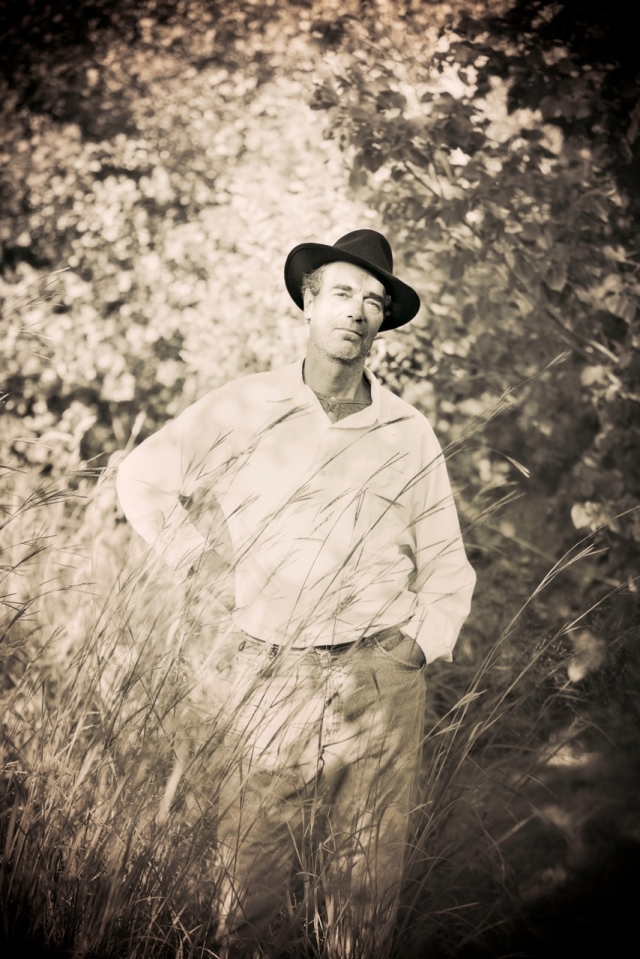 Patrick Scully was born to play Walt Whitman. His looks, his spirit, and his rich comprehension of the transcendalist poet’s thoughts and words seem to be providential proof of that. For a decade Scully has been gestating Whitman’s poetry and life and has now crafted a luminous performance art piece title Leaves of Grass Uncut for Illusion Theater’s Fresh Ink series of plays in development. The Uncut part of the title can be read in different ways. Given that the piece is brazenly and beautifully homoerotic, complete with numerous naked bodies of male dancers, the phallic aspect may seem obvious. But the piece’s genius is Scully’s illumination of Whitman texts and his life that you may not have grasped from a gay perspective had you not had him there to guide you. Bear in mind, that Whitman has been a staple in American schools for a century, so we can be sure that for many decades the gay undercurrents and main currents have been systematically obfuscated.

The text is largely read and spoken by Scully. Those who know him for his exceptional dance work and choreography will be struck by what a splendid voice he has, not only for its resonance but also for its superb ability to convey the currents and undercurrents. Kevin Kortan as Whitman’s lover, Peter Doyle, is the very picture of 19th century American urban masculinity.

Scully’s dance gifts astonish here. His sensual dance ensemble uses a contact improvisation type of approach to explore man on man touch. The touch ranges from delicate to boisterous. The dancers also convey a kind of playful rough-housing at times that viscerally captures the spirit of 19th century America and the way male bonding and same sex desire mystically intertwine. This a quality that is seldom seen on stage or on film even those with gay content. (The first overtly gay American novel, Gore Vidal’s The City and the Pillar actually illuminates that quality.)  Scully’s vision of this mystical union recalls American paintings of the 19th century. Thomas Eakins and Winslow Homer come to mind. Their work is about man’s connection to nature so that would naturally mean that man is connected to man – a connection that gets so dreadfully lost in the homphobia, the general violence of our world, and the defensive way in which so many, many, many men unconsciously live their lives. And I mean men of all races, ages, and sexual orientations.  Leaves of Grass Uncut is a performance that hits a chord so deep that you may feel something rumble inside yourself. It is a truly great American work of theatrical art. American and homoromantic to its very core.