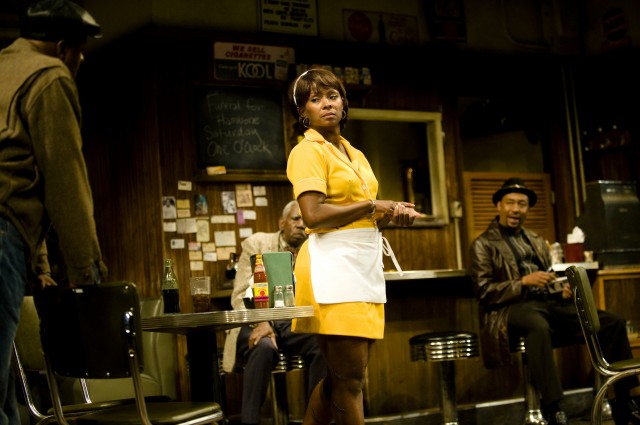 ‘Race’ and ‘class’ are two terms that are too easliy tossed around  However, August Wilson’s play set in a Pittsburgh diner in a blighted black neighborhood in 1969 unpacks those terms with theatrical ingenuity. James Craven as cafe owner Memphis Lee renders a complex and thought-provokig portrayal of a man who has come to fully distrust people to the point that it’s eaten away his soul. In contrast, Adul Salaam El Razzac as Holloway, the diner’s philospher, wisely challenges Memphis’s and his fellow diner regulars’ obsessive misconception about money and who controls society. This is one of the few major contemporay plays that really takes on the illusions most of us have about money and though that’s reason enough to go, it’s also simply one mesmerizing show. Vicki Smith’s gritty set is scrupuolusly detailed to the period and mileu.