Out Twin Cities Film Festival at Mall of America

Theatres at Mall of America will host this year’s Out Twin Cities Film Festival. It’s a nice fit given that MOA is a crossroads of all kinds of travelers from all ends of the earth. And OTCFF has a range of fascinating films from different parts of the planet. Festival Director Chris Durant has a reason to crow because in five short years the festival has screened over a thousand films, held loads of post-show discussions and interviews, is a five-day international event, and of course, the world’s most famous mall is certainly something to write home about. Drive, bus, or take the light rail. What a perfectly cosmo destination to see queer cinema!

The fest’s Opening Night is Wednesday, June 4, with the small town coming of age story, American Vagabond, made by talents from both the US and Finland. The documentary, Rugby Athletic, is about the lives of Mark Bingham, a passenger on United Flight 93 of 9/11 infamy and his mother, Alice Hoagland, a former United flight attendant. The evening ends with The Little House That Could, a documentary about Emmy-winning stylist, Patricia Field (Sex and the City), who has spent decades in outreach to transsexuals, drag queens, ostracized small town GLBT folk, queer youth, and butch lesbians. The House of Field is shown to be a innovative force in the music and fashion scene. The Little House That Could‘s Toronto director, Mars Roberge, is the center of a post-screening discussion. 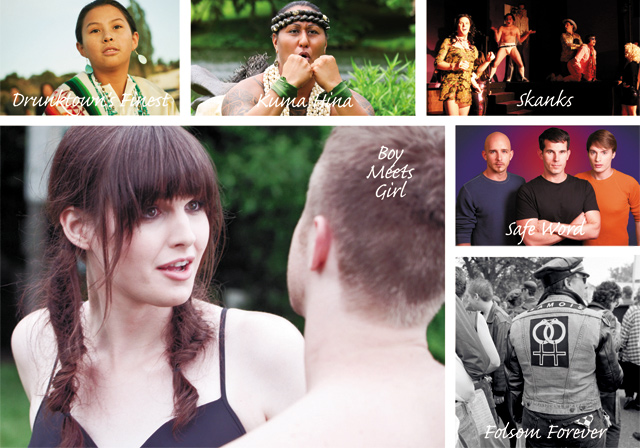 On Thursday, June 5, experience a cross-cultural feast for the mind. In Kentucky a transgender girl, her best friend since childhood, and a beautiful young debutante intertwine in Boy Meets Girl. Drunktown’s Finest  examines the Navajo nation in New Mexico from a uniquely queer perspective. In Kuma Hina, Pacific Islander culture is at odds with Western culture, seen through the eyes of a mahu (a transgender woman). 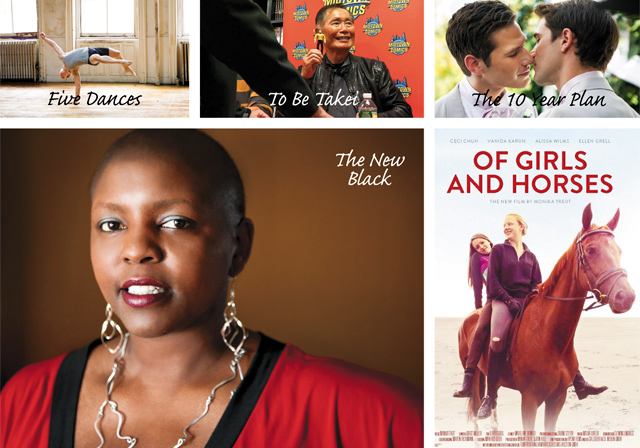 Not to be outdone, Folsom Forever looks behind the scenes and under the sequins of San Francisco’s rebelliously kinky street festival. Director Mike Skiff will take questions afterward. It’s accompanied by the short film, Narcissist.

Saturday, June 7, is a big day with a presentation of short films. There’s also The New Black, Yoruba Richen’s documentary about divisions among African Americans regarding the marriage equality issue. Germany’s iconic Monika Treut has directed Of Girls and Horses in which a teenaged girl and a horse-loving lesbian in her 30s form a special bond. If you love dance, then check out Five Dances about five dancers dealing with the New York dance scene, directed by Alan Brown.

A highlight of OTCFF is certainly To Be Takei, a documentary about actor George Takei who came out in his 60s and married husband Brad in his 70s. You’ll remember Takei from Star Trek. It was a series that reshaped how many of us see life and the universe. And Takei is a man who reshaped how countless people have looked at race and homosexuality, particularly through high-profile activity on Facebook. And that master of zany gay prettyboy comedies, JC Calciano, gives us The 10 Year Plan, that has two gay pals with opposite tastes in men but a backup plan with each other. The vibrant Calciano will field questions afterwards. 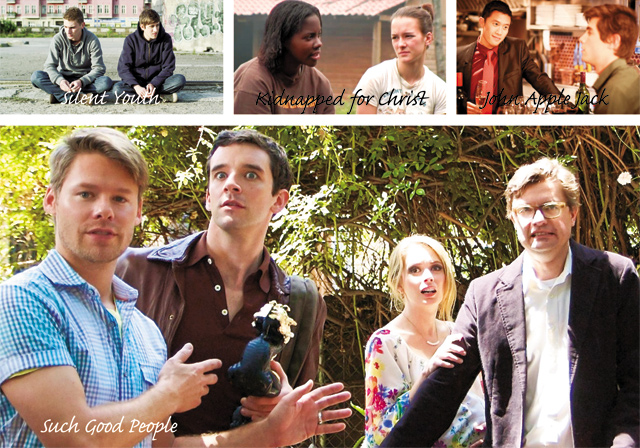 Sunday, June 8, serves up lots of food for thought, especially when it comes to young GLBT people. From Germany, Silent Youth looks at coming out and navigating new relationships, feelings, and experiences. Two local progressive churches—Westminster Presbyterian and Grace-Trinity Community—steer a panel discussion after the screening of Kidnapped for Christ. A chilling behavior modification program that abducted American teens and forced them to attend an ex-gay school in the Dominican Republic is put under the microscope. The Queer Media Project will present family-friendly shorts. There will be more general queer shorts as well. John Apple Jack muses on the issue of commitment and gay men over time. Such Good People is a contemporary screwball comedy about the illusions of the American Dream, which not-so-oddly enough, many GLBT people want their share of.