Once, An Extraordinarily Intimate Broadway Show 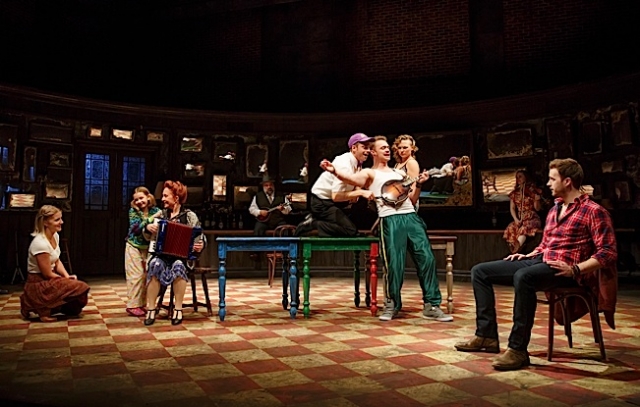 The problem with being totally and mutually in love is with one person is when the mutuality ends with one of the pair. This is something that creeps up on the couple in the musical, Once. Dublin street musician ‘Guy’ (Stuart Ward) is in throes of despair over his girlfriend departure to New York. Czech immigrant and pianist, ‘Girl’ (Dani de Waal), hopes that her husband will return to her and their little daughter. Meantime the two happen to meet and make beautiful music together. Literally. Its national tour now plays at the Orpheum.

Book writer Enda Walsh is known for his quirky, satirical playwriting but for Once he’s all heart. Combined with Irish folk-rock music and lyrics by Glen Hansard and Marketa Irglova, Walsh, breaks new artisitic ground. It’s an extraordinarily intimate show for a Broadway musical, and though at points it seems to almost get swallowed up in the cavernous Orpheum space, it still works beautifully. 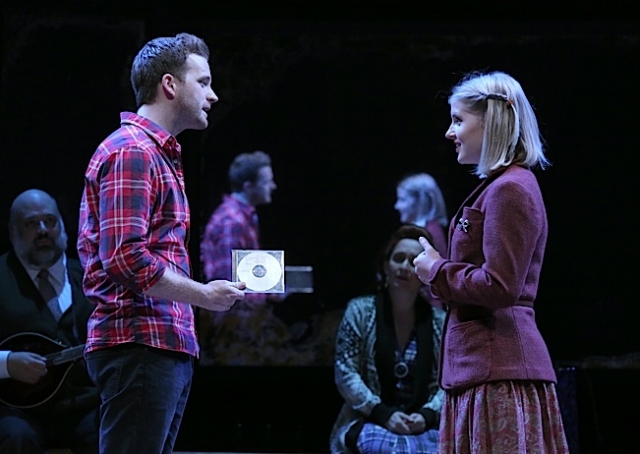 Ward and de Waal give touching and vulnerable performances that you typically don’t see in big Broadway shows that win several Tony Awards. (Once won eight.) For instance, in comparison, The Book of Mormon is all about making you not feel. Once is indeed a wise and lovely Tony choice after The Book of Mormon lowered the bar so disgustingly. Once does what any first-rate stage work should do: it challenges our fixed assumptions. We wonder if Guy and Girl are falling out of love with their previous love interest or expanding their capacity of love to include the one another. It’s never spelled out. 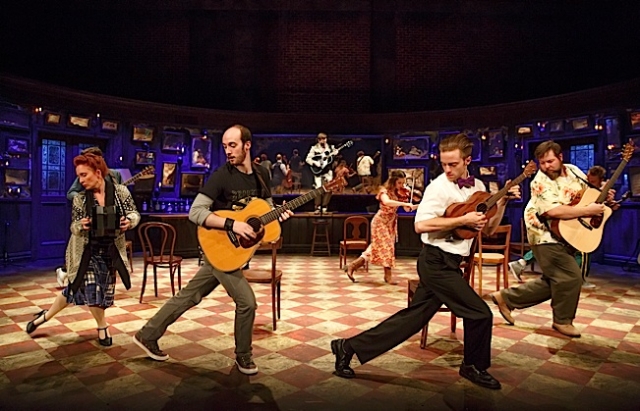 At the Orpheum Once plays out with grit, vibrancy, and wistfulness on designer Bob Crowley’s pub setting. The joyously versatile acting ensemble makes music vocally and with instruments. Director John Tiffany has achieved an earthy, naturalistic, and intimate production that runs considerably, if not, radically, counter to the usual Broadway fare. Bravo!