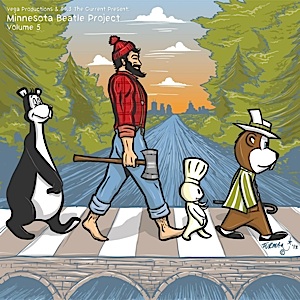 It says a lot about the Beatles that, five volumes in, there are still plenty of classics for local artists to toy with on this set. It also says plenty that the band’s library can be the fodder for traditional rockers, country singers, wild-eyed experimentation, and even a high school jazz band. Here, we have The Suburbs doing a typical Suburbs thing to “Taxman,” maintaining the original’s fire but adding a dance beat. Elsewhere, Actual Wolf and Dosh deconstruct “Your Mother Should Know” and “Blue Jay Way.” The Cactus Brothers bring some old-style country swing to “This Boy,” showcasing one of the numerous influences on the Beatles’ original sound. It wraps up with the Denfield High School Jazz Band putting “Please Please Me” through its paces. 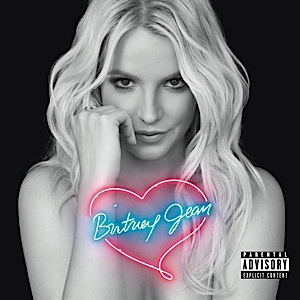 I keep trying to focus on the music from this more mature Spears, but I found myself distracted by questions at every turn. Midway through “Work Bitch” – really the best song here – her rap delivery reminded me of Britain’s Lady Sovereign. This led me to wonder what the S.O.V. has been up to in recent years (on the British Big Brother and then hiatus, apparently) and by the time I refocused, the album was nearly over. I’d try again, but then I would wonder why Spears was singing like Gwen Stefani and that led to another whole stream of thoughts. For an album that’s only about 35 minutes long, that’s a lot of distractions going on, but that’s better than this warmed-over pop music. 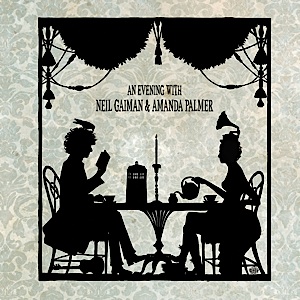 An Evening with Neil Gaiman and Amanda Palmer

The alternative “it” couple showcases their skills and styles on this massive three-disc set, culled from a 2011 tour. We get stories, poems, and thoughts from Gaiman and plenty of songs from Palmer. They also mix things up here and there, even getting the reclusive Gaiman to share his singing voice and the far-less-reclusive Palmer to share a poem or two. We get stories old and new from Gaiman, often bringing a dark and melancholy edge to the proceedings. Palmer spends time on the piano and ukulele, singing anthems to Judy Bloom, Lady Gaga and her stringed instrument of choice – one you can learn to play in an hour, or the same time to learn how to make a pipe bomb. “You do the math,” she sings. 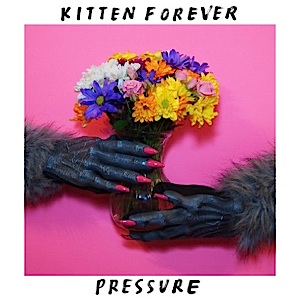 Punk rock certainly lives through this bold-as-brass Minneapolis trio. Channeling Bikini Kill and The Go Gos and their own distinct approach to fierce rock ‘n’ roll, Kitten Forever gives us a quick (it was pressed to a pair of 7-inch EPs for the vinyl release), driving and absolutely brilliant album. From the opening 43 seconds of “Get Loud” to the epic two minute sweep of the final title track, the band pulls no punches on their punk-rock journey. Amazingly, all of this racket is made with just bass (Laura Larson), drums (Corrie Harrigan) and vocals (Liz Elton). Even within the confines of full-on, fuzzed-out punk rock, the trio provides some deft musical changes, like stuttering “Black Ice.” This fell through the musical cracks when it came out late last summer – don’t miss out now.