Off the Record: James Rocco, Rocker 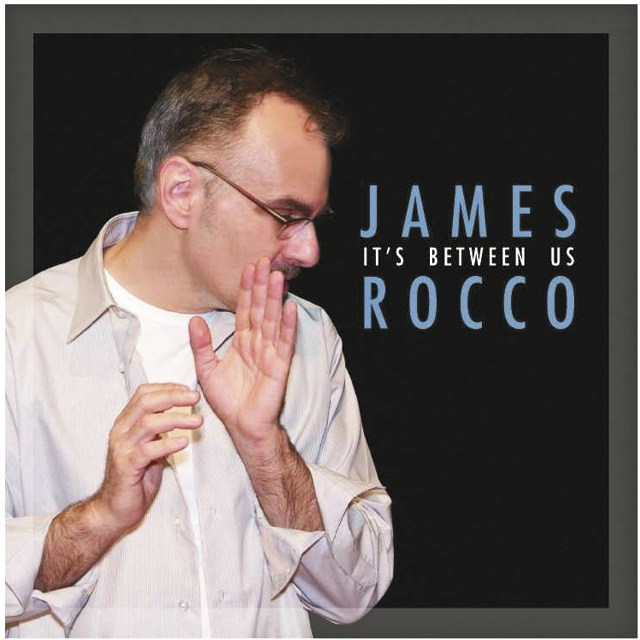 Most people in the local arts community know James Rocco as a producing artistic director at the Ordway Center, where he has had a hand in many of the recent original productions at the St. Paul venue. But the mild-mannered producer has a secret identity.

Rocco is a rocker.

From his earliest days, Rocco dreamed of rock ‘n’ roll glory, and spent his early adulthood working the road as he scratched and clawed for success. While he was able to make a living at it, his greater dreams – including his own album – never came true. The stage called, and Rocco found greater success as an actor and director.

The dream lived on, however. This past fall, Rocco issued his debut album, It’s Between Us. Or, as he prefers to think of it, his re-debut, showcasing a return to the love that first brought him into the entertainment business 40 years ago.

“I just started thinking it was always my dream. It was what I had trained for and what I had done most of my young life doing and fantasizing about. I hemmed and hawed about it. A guy my age shouldn’t do this. It’s a thing of the past,” he says. “A friend encouraged me and I had a gas doing it. It was such fun to go back to it and just do what I knew what I wanted to do.”

He’s even heard back from one of the composers, Jennifer Warnes. “She was really complementary to me. I was blown away, as her version of the song (“Lights of Louisianne”) is definitive. Mine was just a tribute to her. I’ve been floating on a cloud,” Rocco says.

Playing music was always a dream for Rocco. “I was in love with American Bandstand the top 40 radio. As soon as I could handle it, I had a record player,” he says. His youthful interest soon turned to professional gigs. In fact, he was featured in Modern Screen magazine after recording a session with Frank Sinatra.

“I spent seven years just performing in clubs and doing recordings and jingles, but I kept getting pulled into the theater. I auditioned for Cats in New York on a lark and got a part as the Rum Tum Tugger. After that, I got a good series of theater things, so I was slowly moving away from rock ‘n’ roll and pop.”

Eventually, life in the theater – as a performer and then choreographer and director, before turning to producing – took over, and the music dreams were put on a shelf. “I was making a living as a rock musician, but I couldn’t see any growth in it. I couldn’t see what would happen after I wasn’t able to around in leather pants and cowboy boots.”

Rocco slowly dipped his toe back into music in recent years. “I had no idea if I could sing,” he says. “I knew I didn’t have the control of my voice the way I used to, but I also knew I was more mature and could interpret the songs in a different way. Slowly, I got it back together.”

Once the sessions began with co-producer Raymond Berg and a small combo of musicians, Rocco felt the old thrill. “Hours would go by and I would have done nothing but music for eight hours. That’s how it has always been with me and music. It made me feel alive,” he says.

In the months since the album came out, Rocco has found some success, from having it sell out in local stores that carry it to reaching the charts.

And his dual identity cuts both ways. “It’s funny. The people who knew me in the lifetime when I sang with the likes of Herbie Hancock, can’t believe I’m an arts administrator.”

It’s Between Us is available in local stores, at Amazon and CD Baby, and on iTunes.