Master of Camp Mark Hooker Does The Fringe This Year 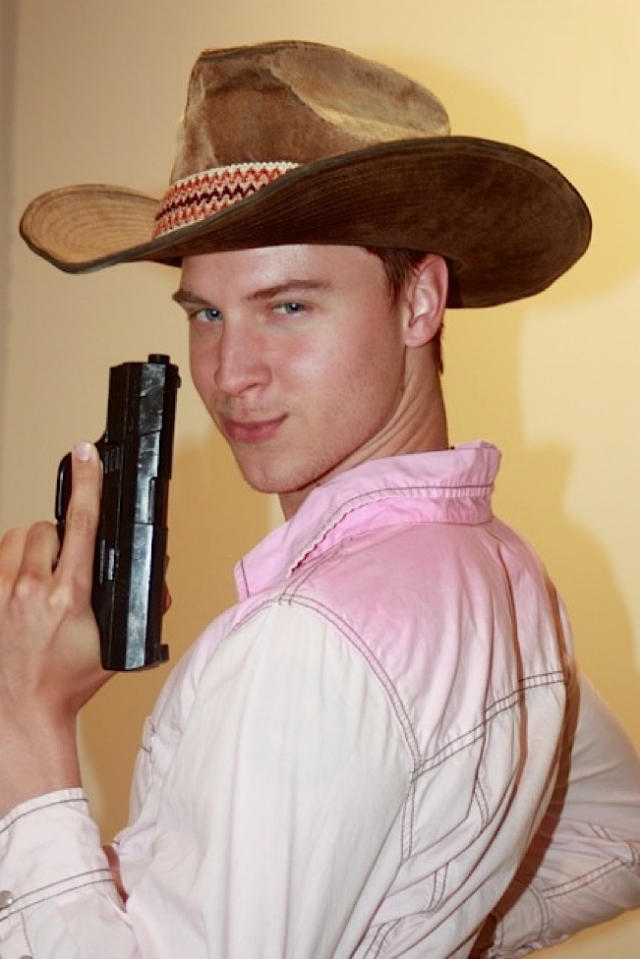 Mark Hooker is one of those exceptional talents we hear from, but then he fades away and then he pops up again! Now we’re in luck! He’s at the Fringe Festival having put the trimmings on a gay Thanksgiving on stage at Theatre in the Round. The setting is a Victorian home in Longview, Texas, the home of former drag performer, Dinky, and and his partner, Renny. Apple martinis, pinecone turkeys, and a drag contest in the evening to be judged by Matthew McConaughey add to the festivity.

Now for those who insist that drag is fluff, you should know that Hooker says “I wrote this show as a longer piece and cut it down for Fringe Festival because I wanted to mount a production about human rights and equality under the guise of a play.”