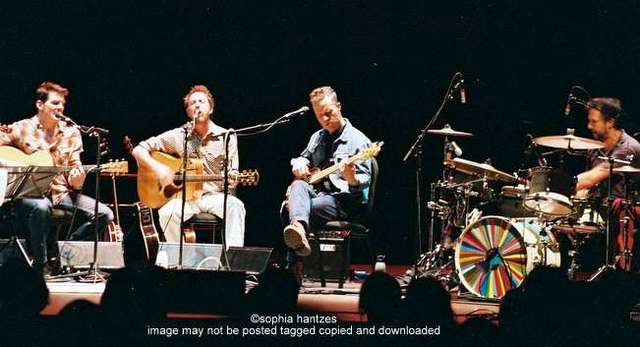 I got to spend Good Friday with my favorite Jewish guys from Tufts.  Ryan Miller, Adam Gardner, and Brian Rosenworcel have been in my CD player, on my iPods and in my heart ever since we were all around the same age in college when they hit it big with “Amsterdam” and “Careful.”  Little did I know that those two songs were just the tip of the iceberg.  With the addition of Joe Pisapia–and then the swap out for Luke Reynolds who’s with them now–Guster has only gotten more rounded-out and awesome.  And, in a venue such as the Pantages Theatre, we were in for a real treat.

As it turned out, we were in for an odd one.  I’m going to call it a “one-off.”  When they were in Minneapolis last year, the euphoria from the show carried me through until this one.  This year, there was more of an “aggresso-vibe” in the crowd, at least I think that’s what Ryan called in when I talked to the guys afterward.  Jeff Garlin was to be on stage with Guster and, for those of us who know him, we might’ve gotten a little tip-off that this wasn’t going to be your mama’s music show.  But, billed as it was as an acoustic show, I had hope that it’d be nicely segmented into comedy followed by music.  Jeff Garlin does a great roast.  Offensive, yell-back humor is his forté. Taken separately, Jeff Garlin is stinking hilarious just as Guster (with the addition of acoustic cello and violin) is harmonious.  Thrown together, it was more of a cacophony. 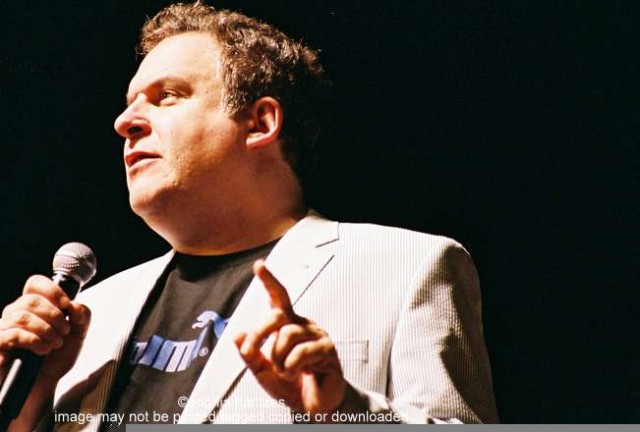 The crowd.  Oh, the crowd.  Talking to folks as the evening progressed, it was just plain confusing. From the start when the comic opening for Jeff Garlin got booed (it’s GUSTER…who boos at Guster?) to the end of the show when they sang us “Jesus on the Radio” without amplification, it was a wild ride. The comics did their thing, but the crowd reacted to the brash comedy by becoming a bit boorish and belligerent. The beer and booze went in, the din raised to a roar, and the control was never really regained from the stage.  Tweets and social networking posts seemed a bit low for the amazing music we were hearing–Guster was playing some of their early stuff that we rarely get to hear live any more, let alone with cello and violin…but we couldn’t hear it very well.  The jackass behind us who was “only there to spend time with his ‘mate’ and didn’t care about the music” had gotten himself a little too tipsy and his from-across-the-pond charm was wearing thin on everyone around him, but he would simply not shut up.  The whole quadrant of the main floor behind my right shoulder couldn’t have heard much of the show as the people who were yelling back at Garlin during his stand-up were still being obnoxious throughout the music set.  What could’ve been a great mix of hilarity and harmony just didn’t happen. 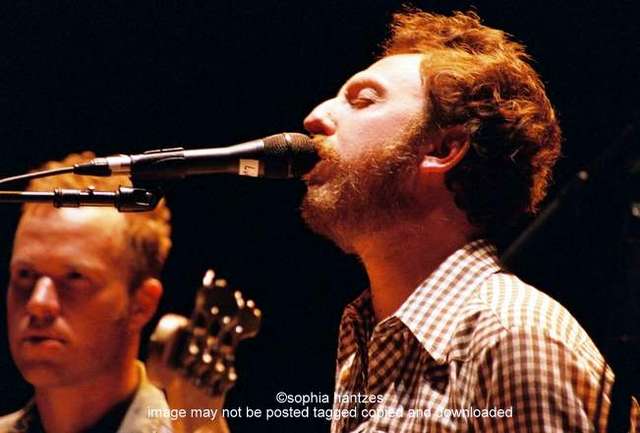 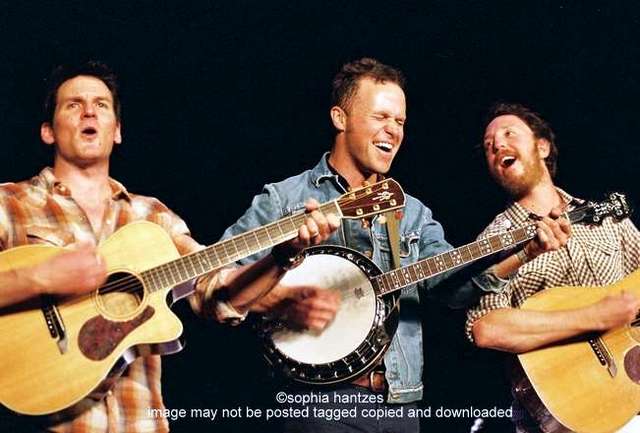 I kept trying to get the pulse of the situation.  Tweets were saying stuff like it was the best show ever, but I don’t think everyone left with the same elated feeling as when we saw the Guster guys last.  It probably was the best show, but we just couldn’t hear it.  It was distracting to have Garlin on one side of the stage doing something while the musicians were on the other, playing music.  I get it that it was a new format and one that isn’t going to be permanent, but that was our one shot to get our fix.

After the show, I was nervous to meet the members of my favorite band.  Natch.  But, I was more nervous because I hadn’t shaken the ooky feeling of unease.  A Friday night with Guster should’ve been a sit-back, close-my-eyes, and let-my-toes-curl evening of just enjoying.  Instead, it just wasn’t.  As a member of the media, I got to ask the questions that were bugging me: How did they think it went?  What happened?  Why?

I got what I needed to hear: Validation.  I’m not going to over-process this and have some chai tea and ponder it for too long, but I just needed to hear that the night went sideways and it was not expected.  Ryan explained that since they didn’t have a new album to promote, they thought they’d mix it up with some comedy.  But that “aggresso-vibe” happened and, as he said, even the folks who could normally be calmed by the music weren’t coming back.

Believe me, Guster, from what we could hear of the amazing string additions to the old and newish songs we love, you didn’t need to mix it up any more than that.