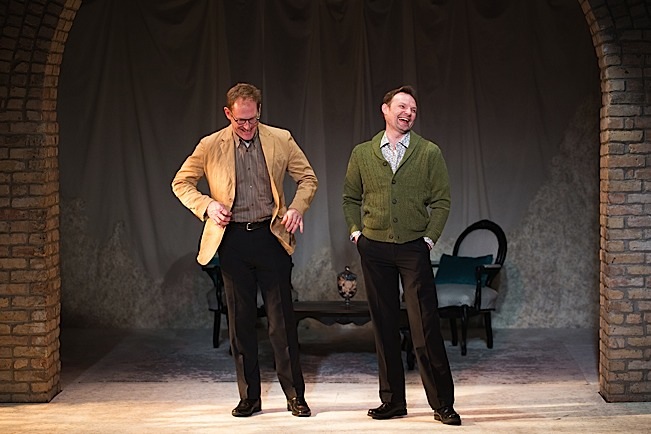 Gay Canadian playwright Daniel MacIvor writes gay characters with foibles. That’s what makes him interesting and that’s why GLBT audiences who are genuinely interested in looking at themselves can benefit enormously from experiencing his work. Wade A. Vaughn was named Lavender’s Best Solo Actor for his thrilling performance about a dissonant gay man in MacIvor’s Cul-de-Sac in 2013 for Loudmouth Collective. He is currently playing the gay brother in MacIvor’s two-hander, The Best Brothers, for the same company at Open Eye Figure Theatre and once again, he’s not pulling any punches. Though Vaughn is subtler this time around, his character is more subtly written than the Cul-de-Sac character.

The Best Brothers observes the period immediately after two brothers, one gay and one straight, are grappling with the freak accidental death of their mother at a Gay Pride parade. It examines the tensions between the two regarding funeral arrangements, how guests should be treated, and who was loved more by their mother. 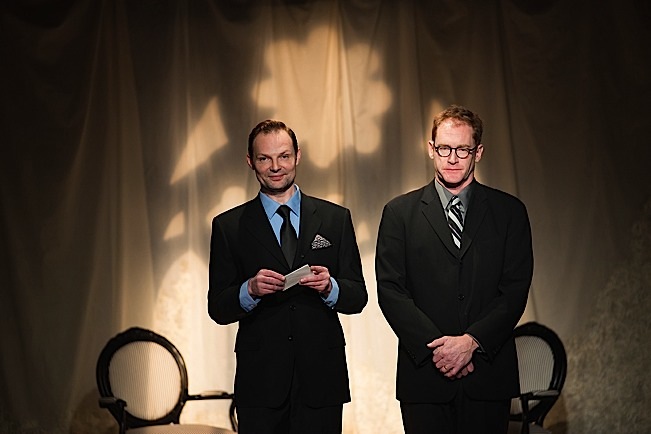 Vaughn as gay Kyle, is witty and at points, inexcusably insensitive. Those who feel compelled to stereotype gay men as proverbial “sensitive males” will be rankled by Vaughn’s incisively frank performance. It’s a refreshing portrayal.

The excellent David Mann as straight brother, Hamilton, renders his role with the befuddled vulnerability of a man who fathoms the depths of grief. Hamilton has standards that are still socially standard, though overly materialistic Kyle is oblivious at times to this. The chemistry between the actors is superb.

Natalie Novacek has directed the piece so that humor and pathos are well balanced. As usual, this is a Novacek production that notably penetrates the script on its own terms. The intimate Open Eye Figure Theatre space serves this deeply personal drama-comedy to winning effect.