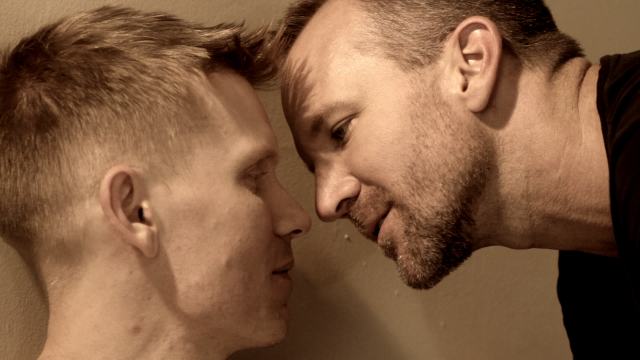 When you go to see the acclaimed feature, Folsom Forever, at the OTCFF at MOA you’ll have an added treat with a short film on the same bill.

Narcissist centers on a kind and conscientious young gay man named Evan (Hunter Lee Hughes), in a relationship with an emotionally manipulative man named Rob (Brionne Davis). Charismatic Rob has turned seducing and bedding men into a kind of dark art. He lubes up their feelings and parts of their bodies, enters into a controlling short-ish term relationship with them, speaks to their hopes and dreams and then dumps them.

Filmmaker Eric Casaccio has given us a vivid example of a good gay man psychologically raped by a callous gay man. Hughes brings courageous vulnerability to his role as he probes Evan’s crumbling self-esteem as Rob systematically humiliates him at the end of their relationship and beyond.