Fela! Bombards the Senses with Spectacle and Sound 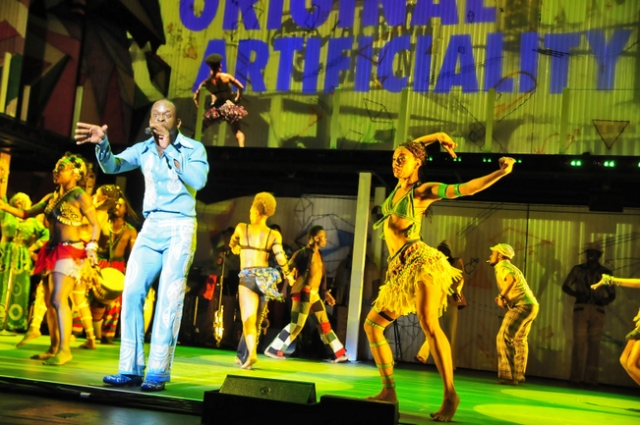 “Original, no artificiality,” chanted the Ordway audience along with the cast of Fela! on opening night last night. Colorful costumes wrapped the lean and lithe bodies of the ensemble, who function as not just a traditional chorus of voices but as a chorus of bodies stomping out the rhythms of the Afro-beats thrown down by the 10-piece bands. The stage depicts Fela’s Shrine, his nightclub, covered in cubic designs, brilliant colors, portraits, and multimedia screens. It is his last concert for a while, and Fela is determined to go out with a bang. 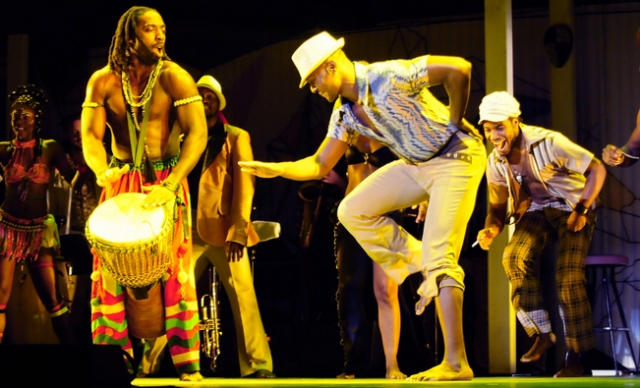 This funky, upbeat musical tells the story of Fela Anikulapo Kuti, a Nigerian musician who used his music to spread a political revolution called the Movement of the People (MOP) in the 1970s. Though he traveled the world and shared his music with a variety of people, Fela knew that he could start a revolution in Nigeria to demand justice, freedom, and rights for the people. Using his music, a combination of jazz, funk, psychedelic rock, and traditional African chants he dubbed “Afro-beat,” Fela inspired the people to rise up, join together, and fight corrupt government. Over 200 arrests could not stop Fela, who went on to inspire the people with the support of his mother, Funmilayo.  Though his compound, the Kalakuta Republic, was burned to the ground, destroying all his music, instruments, and political materials, Fela and the people kept pushing for social and political change. 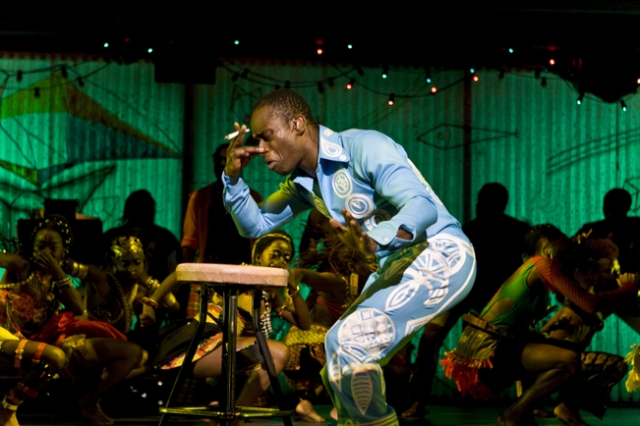 Sahr Ngaujah, who plays Fela, has the charisma and charm required of any political leader itching to inspire the masses. As Fela, he kept the show moving, leading the audience on a journey of song, dance, and storytelling. At random, he would stop singing and pick up an instrument (a saxophone or a trumpet), and blare out a tremendously funky solo. Ngaujah not only is a highly-acclaimed Broadway star; he proved he is a true musician. He exuded a sense of control over the constantly-moving commotion on stage, and his hard work was made apparent by the sweat glistening off his six-pack abs. (I’ll take this opportunity to innocently state that the costumes, much to my appreciation, leave little to the imagination.) 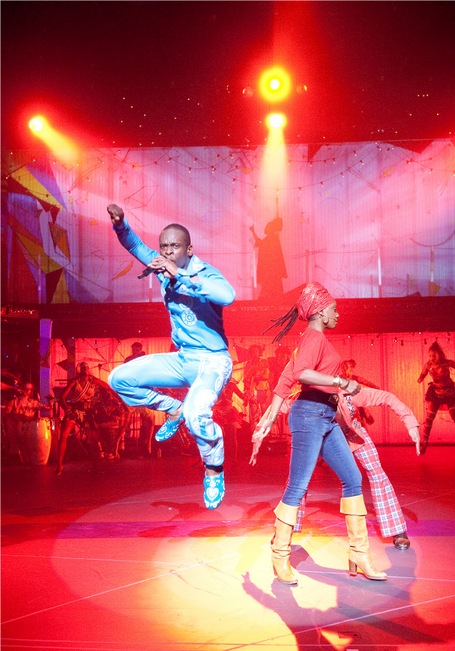 Melanie Marshall’s performance as Funmilayo (Fela’s mother) must not be overlooked, even though she doesn’t have much stage time. However, Marshall’s clear and resounding voice immediately demanded attention whenever it was heard. Her haunting rendition of “Trouble Sleep” was dark and enchanting, and her final appearance during “Rain” made me want to leap to my feet and beg for an encore (though, being a polite Midwesterner, I refrained). Marshall’s appearances added a strong, yet motherly, element to Fela’s story.

While the production on a whole was spectacular, I felt, at times, overwhelmed by all the action onstage. I didn’t know where to look half the time because I was scared to miss any moment of the action. The music was also very loud and constant; I could count the moments of silence or stillness in the show on one hand. While I enjoyed the music, a little more dynamic change would have added some variety to the show. 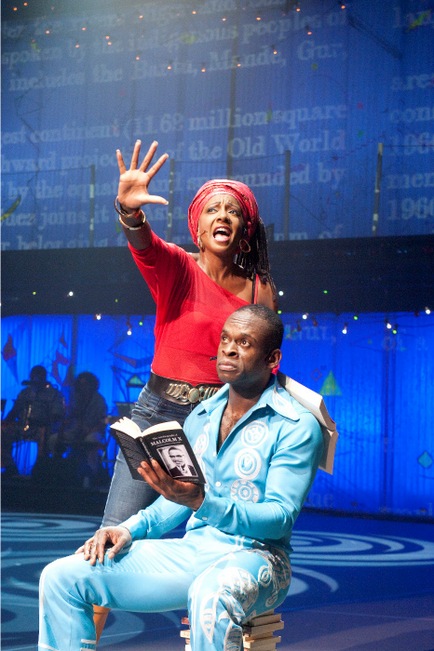 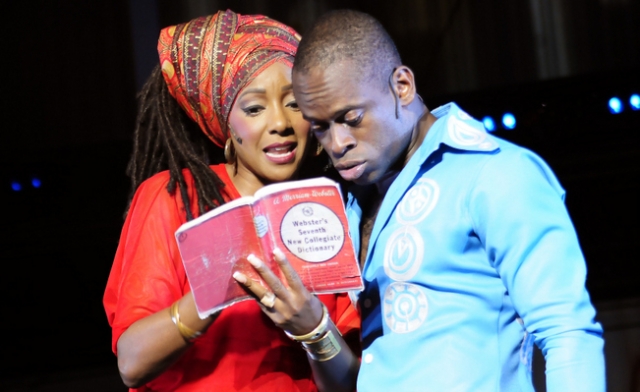 Fela! is not your traditional Broadway musical. It doesn’t follow a traditional hunky-dory love story plotline like Anything Goes! It also isn’t a story that’s familiar to traditional Broadway audiences. Many people don’t know who Fela Kuti was, and there weren’t any program notes to explain what was going on. My suggestion is to do a little research (even a three-minute internet search will provide you with enough background to fully understand the plot) before you go to the show. Audience members are also asked to get up and gyrate within the first 20 minutes of the show, a situation I found particularly amusing to observe. (Apparently, we Minnesotans don’t like to get too funky.) Fela! is not a comfortable, laid-back performance. It’s one that will grab you by your collar and demand that you listen.

Fela! runs through June 17th at the Ordway in St. Paul. Visit www.ordway.org for tickets and more information.