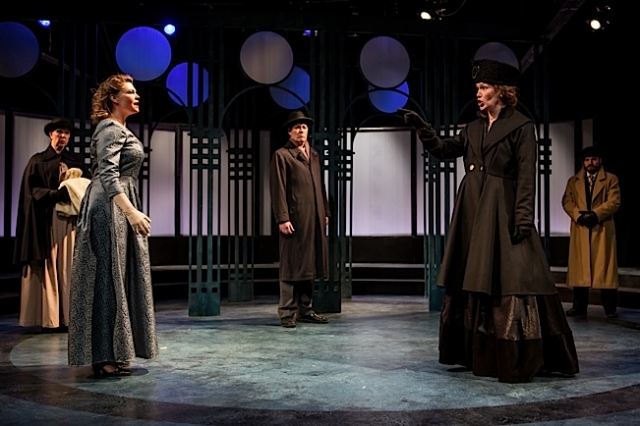 When German playwright Friedrich Schiller wrote Mary Stuart (1800) over two centuries had passed since the subjects of his play had their showdown. England’s Tudor Anglican Queen Elizabeth I had Mary Stuart, Catholic Queen of Scots, imprisoned on suspicion of treason in 1568. The play picks up 19 years later. Mary is still captive and concerns over a galvanized Catholic revolt against the ‘Virgin Queen’ Elizabeth are in the air. In German playwright Friedrich Schiller’s Mary Stuart, penned in 1800, he has written Mary as sensual, impetuous, and lovable. Therefore, she is no match for the cold iron will of Elizabeth.

That said, Elizabeth is written as a woman who you can’t fully despise because her advisors, all men of course, give her a dizzying variety of messages as to what the most politically wise option is to handle the Mary problem. Though Schiller takes some liberties with history, few plays capture the dilemma of being a rare woman with power in a patriarchal society. 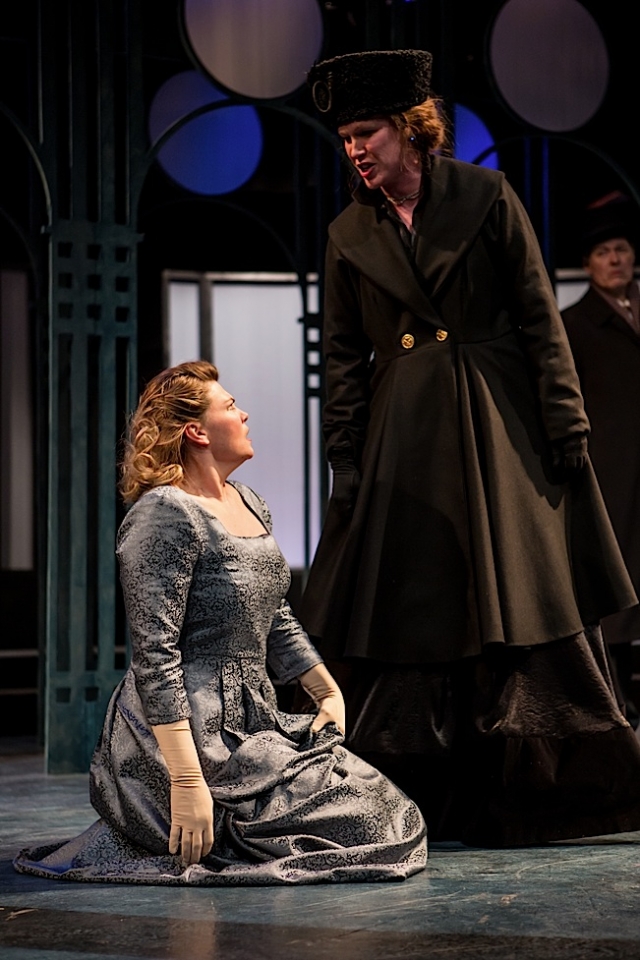 Walking Shadow Theatre has staged a magnetically compelling production of Peter Oswald’s adaptation of Schiller’s tragedy. It is led by two majestic lead performances. Jennifer Maren is an endearing Mary and Sherry Jo Ward is forcefully understated as Elizabeth. They both electrify. It’s also yet another example of director John Heimbuch’s magic touch for plays of or about centuries past. 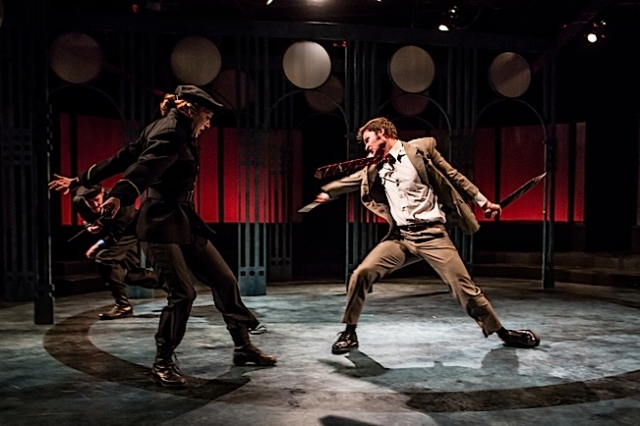 The rest of the cast is comprised of first-rate Twin Cities actors in top form. They illustrate the machinations of politicking to absorbing effect: Adam Whisner, Robert Gardner, Peter Ooley, Dave Gangler, Jim Pounds, Shad Cooper, Leif Jurgensen. Two actors who haven’t been around as long as the others also blend into Schiller’s world of intrigue quite nicely: Sam Pearson and Carolyn Schmitz.

Lori Opsal’s modern(ish) dress costumes suit the show well. They don’t undercut the Renaissance textures and they hint at the plight of principled women in today’s corporate world. Michael Hoover’s set with its many arches gives a fitting sense of a palace where secrets lurk around every corner.