David Mann Finds the Extraordinary in an Ordinary World at Fringe 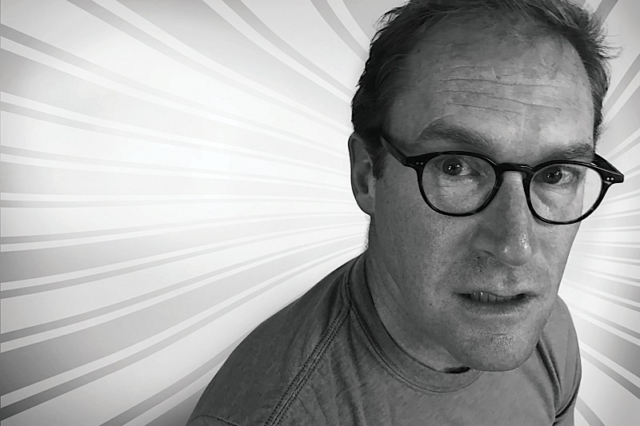 David Mann has been a popular Twin Cities actor for several years. One can say he rates as local theater royalty—great looks, great mover, great voice, and has mastered every kind of genre. His newest performance is something taken from his own personal experience, but unlike too many solo works that reflect a person’s experience, Mann actually has something to say. And he says it well in The Best of All Possible Worlds at Phoenix Theater as a Minnesota Fringe Festival offering.

Now in his 50s, David Mann relates the story of his time as corporate pep speaker, becoming a father, and a troubled marriage. What’s remarkable about The Best of All Possible Worlds is that it’s about a life that is pretty normal. The only thing that is even remotely out of the box is that Mann’s story includes observations about his life in acting, which is something not typical of middle class men. But then, this actor is anything but typical.

Mann’s descriptions of the people he encounters on the motivational speaking circuit are sharply observed with a mix of compassion and satire. He vulnerably shares feelings about his sons in infancy and childhood and a marriage that eventually ended. There is no self-pity or self-importance, just an ordinary man with certain gifts, including talent as an actor, observer, and a writer, generously allowing us into his personal experience. Directed with warmth and humor by Sarah Gioia, herself a significant figure in Twin Cities theater of recent decades.