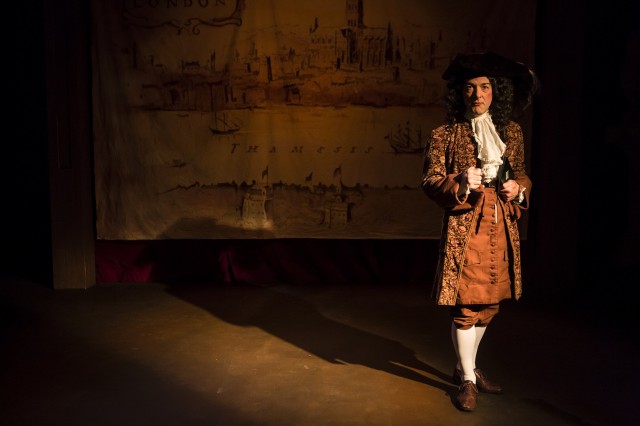 If you caught Walking Shadow Company’s production of Oscar Wilde’s An Ideal Husband earlier this year, you had to have been struck by director Amy Rummenie’s sense of its 1890s period and how its very specific sense of Tory conservatism influenced the characters.

Currently you can catch another great Walking Shadow show that Rummenie is associated with: Jeffrey Hatcher’s Compleat Female Stage Beauty. This time her husband, John Heimbuch, has directed (and remarkably well to say the least) and Rummenie did research on the period.  Something she obviously has a gift for.

Rummenie on Implicit Bisexuality and Sodomy

This play takes place at a time of transition, with a courtly society re-emerging from 18 stifling years of Puritan rule into the era of Charles II (Erik Hoover), whose court that emphasized pleasure and liberty. Things were perhaps less permissive in the general populace, but an non-discussed bisexuality flourished in Charles’ court, lending to an air of freedom and sophistication. Yet, the definitions of sexuality that we have now are not how things were perceived then. The mindset of the era understood sodomy as only a physical act of anal penetration, not akin to our modern definition of homosexuality (a psychological state of mind, a term coined in the late 19th century.)

At the time, androgynous adolescent boys were idealized as representing the “softer sex” and feminized, while it was understood that penetration was considered the more masculine role, the province of older and more powerful men. The assumption was that boys would grow out of participating in a “feminine” sexual role when they married or went off to war, leaving these actions behind them.

These roles were largely derived from the dominant philosophy coming out of the Renaissance, reflecting on Aristotle’s On the Generation of Animals, in which masculinity became associated with rationality and femininity with the material body. 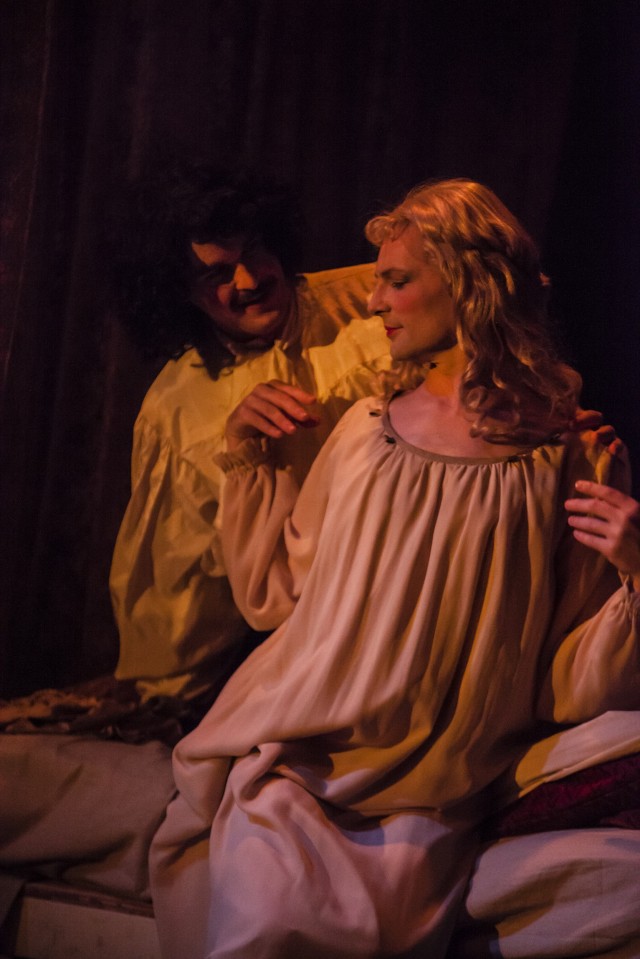 Fops of the time, while wildly effeminate in behavior, were often voracious pursuers of women—noblemen or gentlemen whose and interest in women was so strong that it reflected in the intricacies of their dress and toilette. Powerful dandies of the town, their delicate behavior and fancy dress were not always the best signal of their sexuality. 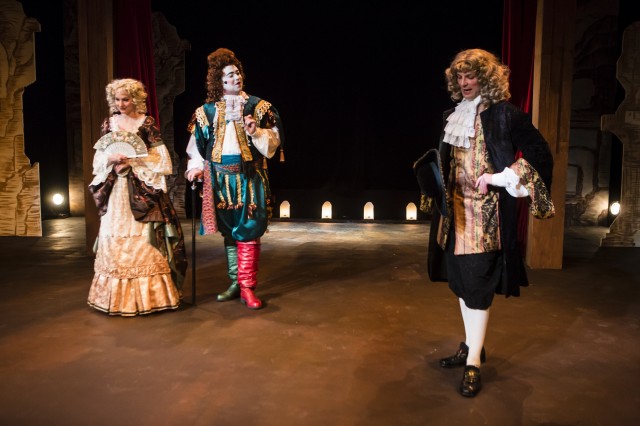 Rummenie on women on the stage:

Religious authorities had long raged against the dangers of men playing women on the English stage, arguing that they blurred the lines of gender and could only foster licentious behavior. With the decrees banning men from women’s roles, suddenly spectators were presented with flesh-and-blood women to admire (and sometimes purchase for the highest bidder after the show.) Contrary to the hidden relationships between men, female actresses were able to trade on their fame and, yes, sexuality to climb socially and find a limited kind of acceptance. Even if it came at the price of notoriety and reputation. Even Nell Gwynn (Adelin Phelps) found a long-term future as Charles II’s favored mistress.

Women were also able to carve out a bigger place within the theater itself, not only as actresses onstage, but female playwrights started to be heard. Even the stories themselves shifted with an increase in tragedies with a woman at their core. 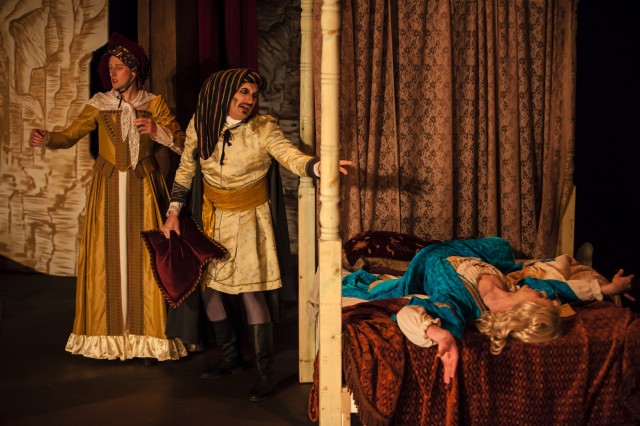