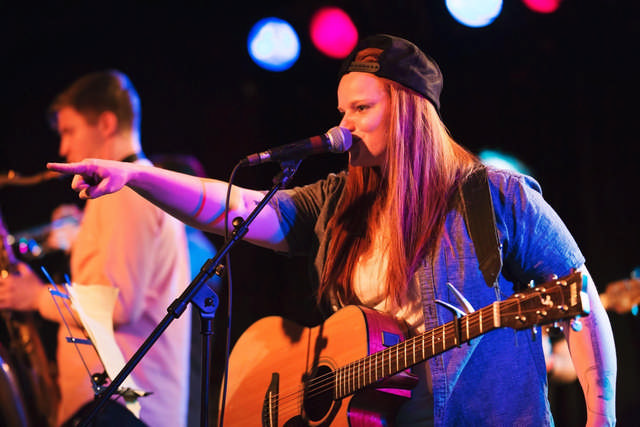 Lesbian musician Mae Simpson is the frontwoman for her own Twin Cities-based band. Photo by Reid Bauman

Mae Simpson is entering the Twin Cities music scene with a bang.

The Twin Cities are known for their music. From its plethora of concerts to music festivals and everything in between, if you’re a lover of virtually any kind of music, the Twin Cities is the place for you. A newcomer to the Twin Cities music scene is Mae Simpson. Simpson fronts her own band and incorporates a variety of elements into her music, including soul, blues, folk, and rap. As a lesbian, Simpson is doing the GLBT community proud by using her voice to create great music and unite a community of unique people.

Originally from Beaufort, South Carolina, Simpson somehow made her way to the Bold North after beginning her music career in Omaha, Nebraska with a lesbian hip hop duo, Talent and Lyrikal. As “Talent,” Simpson and her musical partner Lyrikal took their hip hop, R&B tunes to St. Paul before Simpson started her own band, which she headlines today. 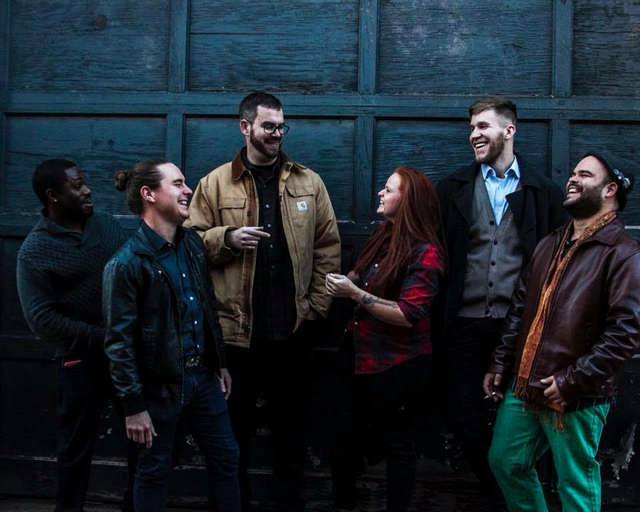 Simpson says she is inspired by musical masterminds like Janis Joplin, Brandi Carlile, Kings of Leon, and Alabama Shakes, which is no wonder why her music is such a vibrant blend of music styles and genres.

Despite our chilly winters (and sometimes autumns, springs, and summers), Simpson says music is what brought her to the Twin Cities. “I followed my best friend here on a whim and started pursuing music,” she says.

As she continues this pursuit, Simpson says her presence in the Twin Cities has allowed her to develop her style and better understand who she is as a musician.

“Mae Simpson Music is all about soul, blues, and funk. It’s in-your-face energy with a touch of softness. My idea with the band was and is to bring back some female power in the Twin Cities music scene,” Simpson says. “I have found a wonderful set of musicians that believes in what we are creating. There is something about being on stage commanding a crowd full of strangers. This band is special, an intimate view of what someone’s dream is.”

Though Simpson identifies within the GLBT community, Simpson says she takes comfort in the community in the Twin Cities because when she performs, she is respected and enjoyed for her talent, not because she is a lesbian musician.

“I can honestly say here in Minneapolis, no matter what venue we’ve played in, I have always felt like a lead singer, not a lesbian lead singer. When you’re confident and comfortable with who you are as a person, it shines through in everything you do. I truly feel my fans and the people who hear our music see me for who I am, what this band is, and fully embrace everything we have to offer. Of course, this being said, I make no attempt to shadow who I am,” she says. 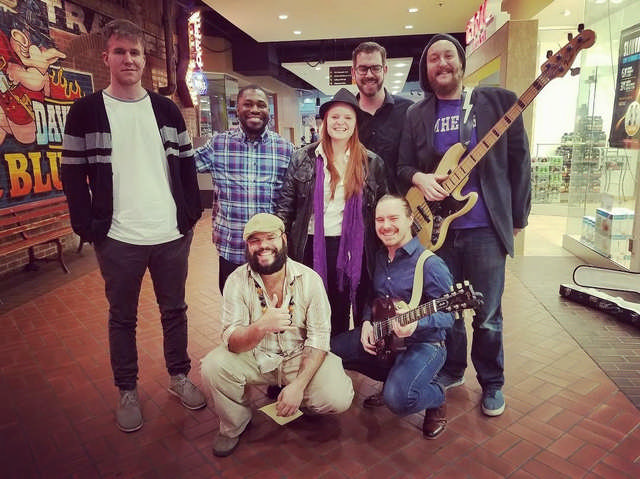 Mae Simpson, a native of South Carolina, began a music career in Omaha before settling in Minnesota. Photo courtesy of Mae Simpson

As a woman in the GLBT community, Simpson is able to take her shared experiences with others in the community and honor those through her songs and performances, but she does not feel the need to use any sort of label or identity to be proud of the work she has done. Simpson is a lesbian, yes, but first, she likes to be recognized as a musician.

“Being a part of the LGBTQ community, it’s important to me to be treated as an artist while in the music scene. Minneapolis is a wonderful place to feel like you can be who you are and get your music and your message across to an abundance of different individuals in a positive way,” Simpson says.

As Simpson continues to pave her way through the music industry and leave her mark on the renowned Twin Cities music scene, she is carrying this sentiment with her and inspiring other women to lead the way, too. Since an early age, Simpson has been dreaming of the spotlight, and now she’s shining brightly underneath it.
For more information about Mae Simpson Music, her background, or upcoming tour dates, visit her website at