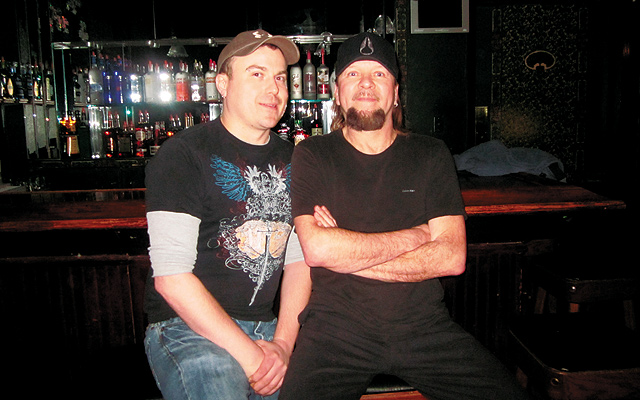 On February 3, Men’s Night at the Town House in St. Paul celebrates its lucky seventh anniversary at the bar with a gala party. The popular weekly event debuted in the early 2000s at the now-defunct Over the Rainbow bar several miles away in St. Paul but moved to its present venue after the previous one closed in 2006.

The cozy Lounge in the rear of the Town House is where Men’s Night happens every Monday from 10 PM to 1 AM. It features awesome male dancers who get up close and personal with customers in the intimate setting. A group of regular patrons is usually there every week, but newcomers are always welcome, of course.

Veteran bartender Trenton Dumont, who presided over Men’s Night when it was at Over the Rainbow, continues that tradition now at the Town House. A native of Montana who moved here a decade ago, he’s the perfect host. In addition, he oversees the male dance troupe that performs weekly at the Town House as well as occasionally at regional bars like The Main Club in Superior, Wisconsin. Full Disclosure: When Dumont and I first met in 2003, we discovered that we share something very intimate—the same birthday, June 23, although I’ll confess that he’s half my age!

If you haven’t experienced Men’s Night at the Town House, you’re missing one of the most fun occasions at any GLBT bar in the Twin Cities. Plus, there’s no cover for such a hot time!