Barometer: Killer B’s Karaoke Is the Buzz at the Saloon and LUSH 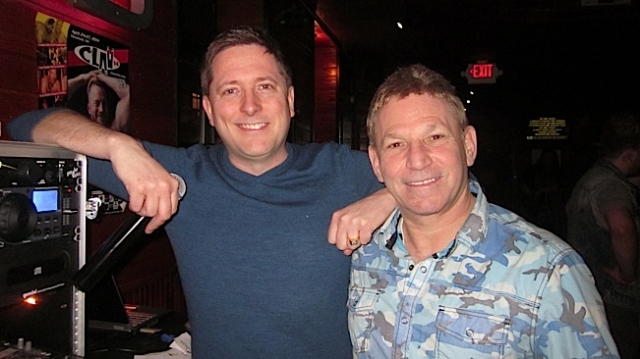 Tired of singing by yourself in the shower? Then croon with a crowd during the popular Killer B’s Karaoke at the Saloon on Tuesday nights and at LUSH on Thursday nights.

The Killer B’s are Ben Applebaum and Brent Ripley, both talented singers. They debuted their karaoke duo in 2006 at the now-defunct Over the Rainbow bar in St. Paul. Since then, they’ve hosted karaoke at a number of venues in the local GLBT community.

Applebaum adds, “Our philosophy for doing a karaoke show is as follows: The performer always comes first, and that is why Brent and I do very little singing at our shows. We put the vocals of our performers right into the background music so it gives the feel of singing with the band, rather than in front of the band.”

As Applebaum puts it, “‘Made loud to play loud’ is an expression that helps define the ‘vibe’ of our shows. We are not afraid to push the sound out at the Saloon or LUSH to help maintain a high energy level.”