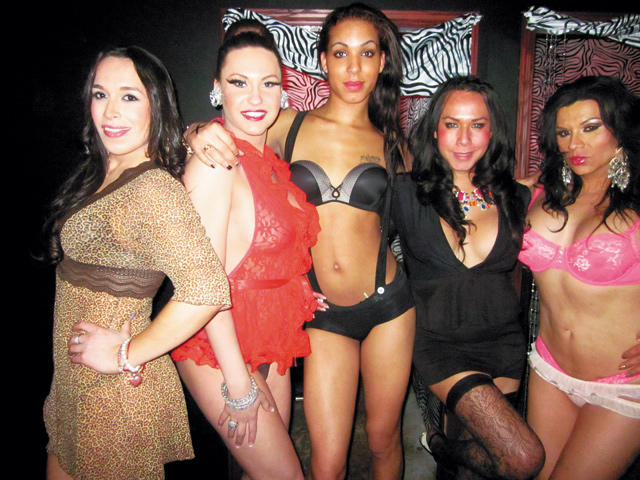 Trans Exotica, a weekly event every Wednesday, 9 PM-2 AM, in the Men’s Room bar downstairs at the Gay 90’s in Downtown Minneapolis, celebrates its one-year anniversary in March. It’s open to all ages 18 and up.

According to director Brandonna Dupri LaReese, who is also the bartender for the evening, Trans Exotica is “the only trans girl exotic dancer night in the Twin Cities”—and indeed nationwide. She notes that the “Rated X” event is “where fantasy and fetish become reality.” It stars La Reese, Christina, Monica, Rere, and Vanessa.

As LaReese points out, “It’s all about the trans community in the Twin Cities. We wanted to provide a place for all trans people and friends to feel welcome and socialize in a fun space.”

LaReese is also show director of Eggs ’n’ Drag, a brunch and drag show Sundays at the Gay 90’s downstairs. Marking its first anniversary in May, the event now takes place weekly on Sundays, 11 AM-2 PM.