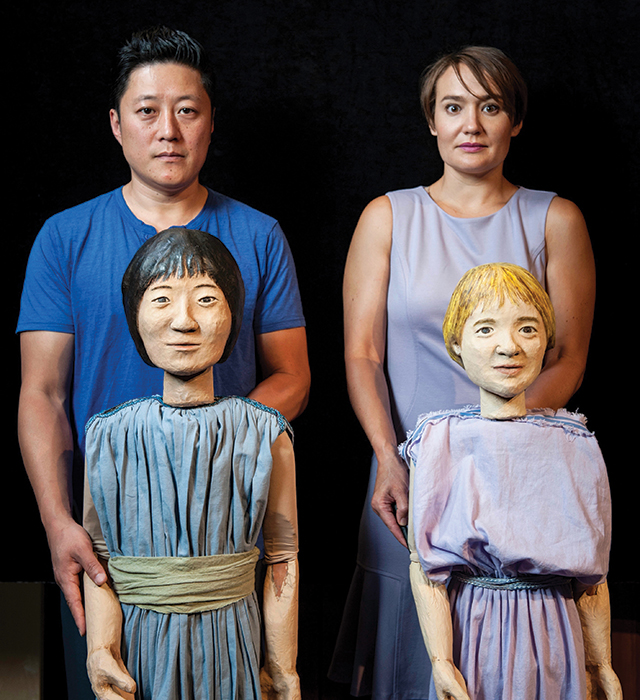 The Children. Photo by Bruce Silcox

The Children
Through Oct. 16
Pillsbury House Theatre, 3501 Chicago Ave. S, Minneapolis
612-825-0459
www.pillsburyhousetheatre.org
Michael Elyanow’s archetypal drama derives from the Greek legend of Medea. It delves into the problem of having a good adult life after having endured a rough childhood. What are the odds of being able to love, heal, and hope? The contemporary American setting includes gay content.

Jim Lichtscheidl comments, “The character I play, The Sheriff, is a gay man who lives and works in Stonington, Maine. He and his partner run the town together as co-sheriffs. One of the aspects of his character is to serve as a positive role model for the brother character, who has been traumatized early in life and desperately needs someone to tell him he is worthy of love and can allow it into his life once more.” 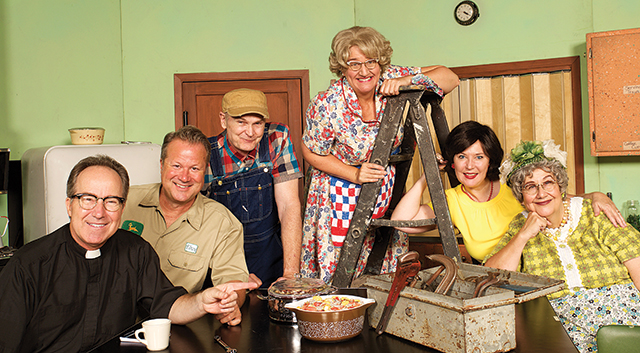 Rise Up, O Men
Through Nov. 13
Plymouth Playhouse, 2705 Annapolis Lane N, Plymouth
763-553-1600
www.plymouthplayhouse.com
Plays that set out to entertain are often denigrated nowadays because they don’t fall into politically correct guidelines that set out to promote concepts like social justice and diversity. The enormously popular Church Basement Ladies musical comedies, which actually have female creativity as the very source of their creation, don’t even get remotely close to a soapbox. The popular series stems from work by humorists Janet Letness Martin and Suzann Nelson, with various scripts written and co-written by Greta Grosch.

The latest Church Basement creation, Rise Up, O Men is set in 1964. That zany Lutheran ladies trio we’ve grown fond of is back with corny jokes, touching moments, and vividly rendered characterizations. This time they are up against a real menace: those darned men folk have come into their basement to pitch in for the local centennial celebration. And it is annoying the ladies royally! Especially the eternally ironic Vivian played by hilariously deadpan Janet Paone. Her operatically charged Disaster is a high point and a side of this great comic actress I have never seen or heard before. It’s also the best of the engaging homespun songs by Dennis Curley.

A vibrant Grosch once again plays the handy Mavis. She recalls sitcom icon Ann B. Davis. Dorian Chalmers’s Karin pulls the heartstrings as she frets about her daughter leaving home to attend the U of M. Some may be disappointed that there are no drawn-out complaints about a safe space for women. But if this show has any message at all, it may be that we can choose to get along or not.

The men delight as well with strong performances by Jeff March, Peter Colburn, and Tim Drake. March also has a cheesy cross-gender turn as Arlene.

Curt Wollan has directed with madcap flair. Writers Grosch, Curley, and Graydon Royce have found warmth and wit beneath the goofiness. Imagine a basement kitchen recipe mixed with the styles of Horton Foote, the Keystone Cops, and Anton Chekhov. With Minnesota spice added liberally! 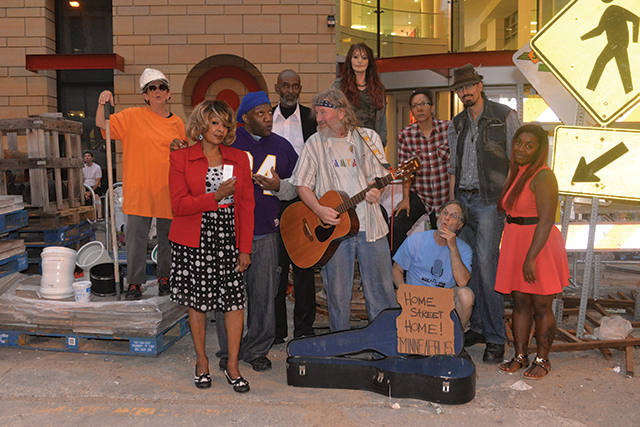 Home Street Home
Sept. 16–26
Guthrie Theater’s Dowling Studio, 818 S 2nd St., Minneapolis
612-377-2224
www.guthrietheater.org
Maren Ward co-founded the grass roots-driven Bedlam Theatre. Her social consciousness is real and unpretentious in a time when there are so many pretenders to that. She has been leading St. Stephens Human Services zAmya Theater Project which addresses the dire needs of homeless people, displacement, and the housing crisis. It launches the Guthrie’s Level 9 Initiative.

It’s too easy for Twin Cities dwellers to block out income and access issues and relegate them to something that happens to someone else. However, when you look at all the construction during this pre-Super Bowl period, don’t think it doesn’t have a price tag for ordinary citizens. Ask who is being shut out by this. How much will this drive up costs, taxes, and income requirements for ordinary citizens whose reliable income won’t even be enough to simply qualify for a cheap rent.

Ward shares, “We have been performing this show for a few years now and every time we put it up we update the content according to what is happening in Downtown related to housing and homelessness. This particular run we have new cast members who are currently staying in downtown shelters and performing for their first time alongside zAmya veterans who are an extremely thoughtful and talented group. The cast is incredible. You wouldn’t actually know the kind of challenges folks overcome in order to make it to rehearsals. This show entertains as well as provokes deep thinking about our city and our relationships with each other. People who haven’t seen us before are often surprised that they laughed as much as they did.”

She points out, “When we started working on this show, the Metrodome was still standing. We interviewed tailgating Vikings fans about how homelessness impacts their experience of Downtown Minneapolis. These interviews inspired a scene, the setting of which has adapted alongside the progress of the stadium. Responses were varied but most folks we interviewed either offered a story of someone they personally know who is homeless or said that it didn’t impact them much. They didn’t see it. What we discovered that afternoon was that the most likely place you will find someone experiencing homelessness at the game is the person running the bag check or serving the refreshments. Now the first home game at the new stadium will happen during this run and the conversation has only gotten more relevant.” 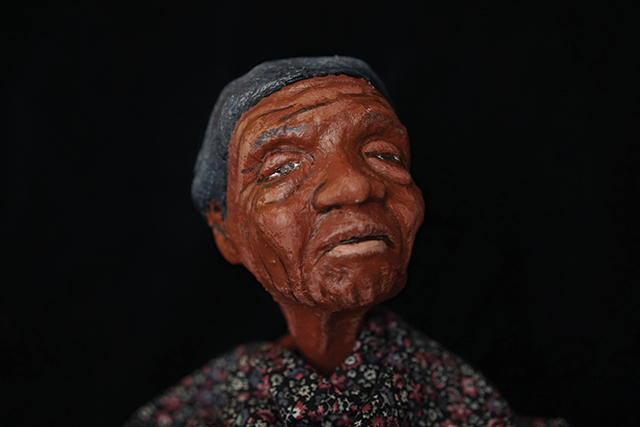 Queen
Sept. 23–Oct. 2
In the Heart of the Beast Puppet and Mask Theatre, 1500 E Lake St., Minneapolis
612-721-2535
www.hotbt.org
The region’s premier puppet and mask theater is committed to issues of race. Erik Ehn and Junauda Petrus have co-written a meditation on the death of young African Americans at the hands of enforced government power. Last year Ehn was writing about a grandmother’s grief related to this. Petrus published a fantasy poem calling for police departments to be given to grandmothers. Director Alison Heimsted brought them together to write for this collaboration with puppets designed by Gustavo Boada.

Petrus asks, “What are all the layers of a grandmother? The woman who nurtured your nurturer? In working on this piece I have been summoned by all of the wild women in my blood, ancestors who whisper about themselves in my habits and ways.”

Enter to Win a “Gaslighter” Prize Pack Celebrating the New Album from The Chicks!