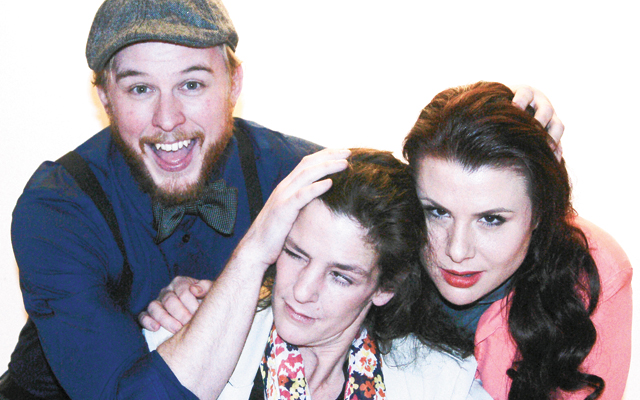 Seraphina Nova has made her mark as both a playwright and director of queer-oriented work. Her play Androgyny was met enthusiastically a decade ago and in recent years her staging of the gay holocaust classic, Bent, was reviewed favorably. (You may remember her as Seraphina Richardson.) Nova has been in playwright mode with a new work titled Dogwood. Justin M. Kirkeberg is directing it for Candid Theater, a group which has integrated well-crafted queer-themed work into their ongoing mission.

Dogwood examines three adult children who return to their childhood home to celebrate July 4th, their war veteran father’s favorite holiday. Nova says, “They hope to get through this obligatory event as quickly and as painlessly as possible. It doesn’t take long, however, before egos are bruised, feelings are hurt, secrets are exposed.”

However, Nova isn’t just into dumping on old-guard conservatism. The parents are in fragile conditions and, as she puts it, “Each of the siblings tries to pass the buck or stay in denial, but their father’s rapid descent into dementia will not allow them to do so.”

As one would expect from the playwright of Androgyny, there are deep sexual dimensions as well. Nova shares, “The oldest daughter seems to have no sexual boundaries even when it comes to seducing the love interest of her siblings. The middle daughter has martyred herself as the put-upon caretaker of her aging parents, an excuse to avoid moving forward with her own life. The youngest son has gone to extreme lengths to hide his homosexuality from his parents until an unexpected guest at this family gathering exposes emotions that he cannot keep hidden.”

It’s a truly rare event when a play with African-American subject matter wins the coveted Olivier Award for Best Play. That’s the London equivalent of Broadway’s Tony Award. However, Katori Hall’s The Mountaintop did just that, and the Penumbra and Guthrie theaters are co-presenting the first local staging of the piece. It imagines the night before Dr. Martin Luther King, Jr. was assassinated in Memphis. He was there to speak to sanitation workers who had been enduring very negative conditions.

Penumbra Co-Artistic Director Sarah Bellamy relates, “After successful runs in Phoenix, Tucson, and Charlotte, we’re excited to bring The Mountaintop home to the Twin Cities. This play, which revisits Dr. Martin Luther King Jr.’s last night alive, creates opportunities for us to revisit Dr. King’s powerful legacy and to measure our progress on equity, social justice, and civil rights for all. Penumbra has curated conversations with leading advocacy partners to discuss topics ranging from contemporary human rights abuses, to the prison system, to LGBTQ equality. We’re also partnering with The Minnesota Consortium of Theological Schools to engage the faith community in conversation about how to enact Dr. King’s vision toward equity and social justice.” 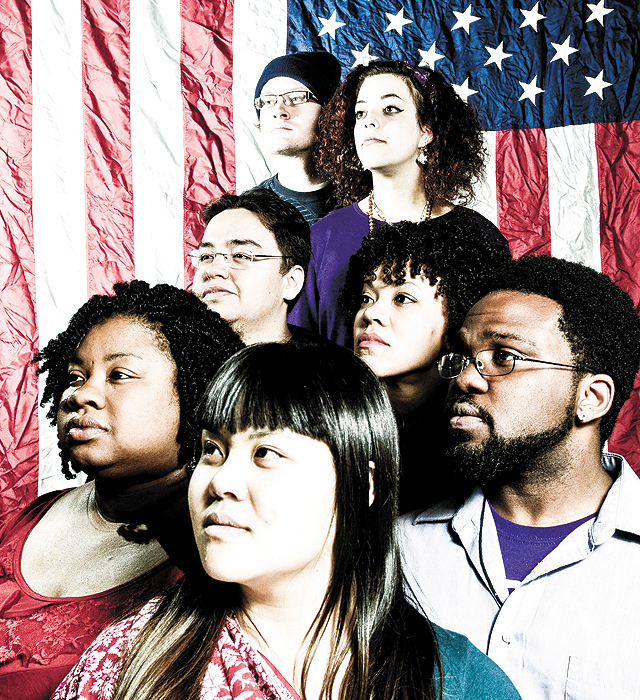 The title of this new collaboration is ‘American’ spelled backwards. The Nimbus group has evolved the piece in workshop form where actors and, often, designers, give more input than in a typical play production. Mitchell Frazier directs a series of vignettes that looks into how race is viewed in America today. It nods to George C. Wolfe’s 1980s classic, The Colored Museum. Nacirema is also another example of Nimbus’s interest in new material.

Costume designer Barb Portinga shares, “I approached this play as a collaboration with the director, the actors, the rest of the creative team, and myself. I decided to use color to comment on various scenes and themes. For instance, in the newscast scene, rather than red, white, and blue, I am using red, brown, and blue. My main base color scheme for each actor is brown and I’m trying to have as many variations on that color as I can.”

“During my fittings, I chat with actors to clarify how we want to portray the various characters and what, if any, cultural references we want to make and how to do that. As a white person, I want to make sure I am not creating a caricature where we don’t want to go. Though, there are places in this play where that is appropriate, and we do go there. It is a fun design.”

Julie Dafydd is a local legend in the trans community. For years she was the highest profile trans person in the Twin Cities, writing for alternative media, including a Lavender column, and was always in the thick of community events and sing-alongs. In recent years she has developed as a serious actress in classic plays like Mother Courage and The Visit. She has now turned her hand to writing her own solo memoir play based on her formative years in Soderville, Minnesota. It contains much about her turbulent relationship with her mother and the disappointments on both sides. Scott Rubsam has directed the performance for Metro State University at their MCTC space.

Dafydd shares, “I go all the way back to childhood relationships with the world and family and being different than who they assume you are. It’s painful and joyful. My mother was completely unaccepting of me and I was disowned by my own family. It got to be fierce. The piece is about finding the courage to face the consequences of all that and doing something about it. It’s about being who you are.” 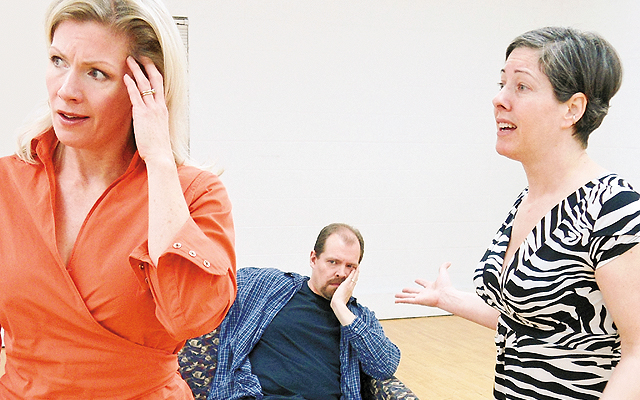 When the general public looks at the issues of marginalized people, it is typically through the eyes of networks like CNN or public-funded media that habitually call on the elites of whatever organization holds the most sway under the rubric of that group (NOW, HRC, NAACP). However, the issues of marginalized groups live at a more complex level than the sound bite and talking points. To this day, there are still millions of people who think that feminism is some monolithic phenomenon wherein all parties are united in undisputed sisterhood. (The same misinformation exists for people of color and GLBT people as well.)

With OBIE-winner Gina Gionfriddo’s comedy, Rapture, Blister, Burn, we see a cross-generational take on feminism. You can expect some complexity. This play contrasts the choices made by Catherine, who pursued a career as a feminist academic for which she has become a media pundit, and her college friend, Gwen, who chose a more traditional gender path. The plot thickens when Catherine returns home to tend to her ailing mother and she reconnects with Gwen who is now married to her old college boyfriend.