An Evening with k.d. lang 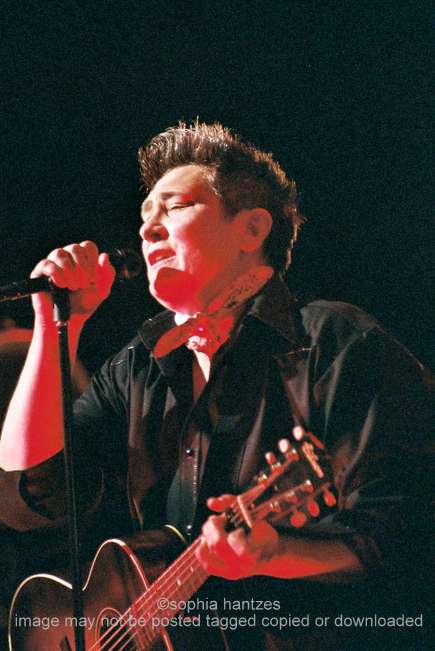 k.d. lang at the O'Shaughnessy. Photo by Sophia Hantzes.

To see additional photos of the event, check out the gallery here.

k.d. lang was definitely correct when she said, “You may feel a slight pulling to the front of the stage–especially if you’re of the female persuasion. This is normal. Ladies and gentlemen, I’ve discovered that the banjo proves to be somewhat of a chick magnet.” But, what she was wrong about was what exactly was pulling all of us to the stage. It wasn’t the banjo; it was her.

On Thursday, May 10, k.d. lang and the Siss Boom Bang performed at The O’Shaughnessy to a nearly full audience that gave her 4 well-deserved standing ovations. Keeping the audience in the palm of her hand for two hours, lang sang many of her powerhouse hits and added some new songs to spice things up. The Grammy-winning musician was backed by five extremely talented men (Daniel Clarke, Josh Grange, Joe Pisapia, Lex Price, and Jerry Roe), all of whom performed many impressive solos throughout the night.

Opening for lang was Jane Siberry, a Canadian singer-songwriter reminiscent of Joni Mitchell (a very high compliment in my book).  Siberry’s sassy and sarcastic opening number made me blush (lyrics mentioned thighs, hips and–gasp–tongues); surrounded mostly by older women, I felt like I was listening to naughty music in church. Adding an electric guitar to her sonorous voice, Siberry’s sound was complete.  With a storytelling approach to her music, Siberry created the perfect balance between wistful nostalgia and wit. Her set was far too short for my taste, but she noted that her job was to collect the audience’s emotions and prepare everyone for k.d. lang because “Musicians love harmony.” 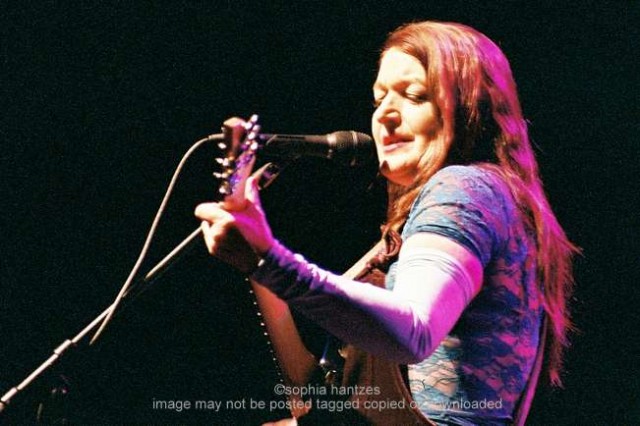 Jane Siberry at the O'Shaughnessy. Photo by Sophia Hantzes

lang’s sheer joy and love of music was felt immediately when she danced onto the stage.  Spinning and leaping into the auditorium, the crowd went wild with anticipation. From the first chorus she crooned in her rich, full voice, it was clear that lang is a woman that you wish could sing you to sleep every night and wake you up with song in the morning. lang’s suave and debonair presence recalled that of 1940’s singers with a gay rockabilly twist.

All of lang’s songs were solid, but the most awe-inspiring moment was when lang performed her rendition of Leonard Cohen’s “Hallelujah.” Though I’m partial to Jeff Buckley’s version, I have never heard a more personal or emotional rendition than lang’s. The extreme sorrow of the song was perfectly captured; lang expressed a myriad of emotions in less than five minutes, and I couldn’t help but be angry at the woman who made lang seem so broken. I’m not a person who is easily driven to tears, but everyone around me was wiping away tears.

It’s impossible to ignore lang’s sex appeal, regardless of your age. While lang’s sensual voice definitely caught the audience’s attention, it was the attitude she exuded that really sealed the deal. I got a little jealous when my date wrote a quick note, “I don’t care how old she is, she can have me OMG,” on my program, but I must admit that I was feeling the same way. With everyone else in the audience drooling over lang as well, I wasn’t too worried about my date running off.

lang’s music was enhanced by her sense of humor; between songs, she joked with the audience and kept everyone light-hearted, saying, “We have perfect weather, the president just made us really happy…probably Michelle had something to do with that. God, I love Michelle Obama. YUM.” She also teased the audience, “You’re at a kd lang show…you’re letting your freak flags fly.” 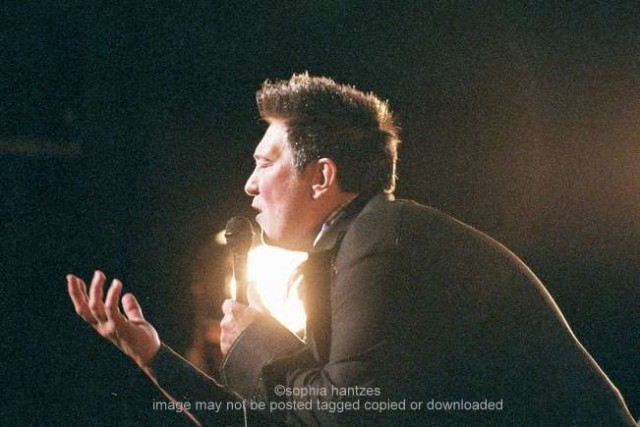 k.d. lang at the O'Shaughnessy. Photo by Sophia Hantzes.

After a two-hour show and two encores, k.d. lang and the Siss Boom Bang pulled the evening to a close with a brand new song. lang described the song as ‘the kind where you really need a lay.” With the lyrics, “Coffee in the morning tastes much better when you add a little cream,” everyone chuckled as they related to the song. lang’s solid performance and her delightful presence definitely made this concert one to remember.