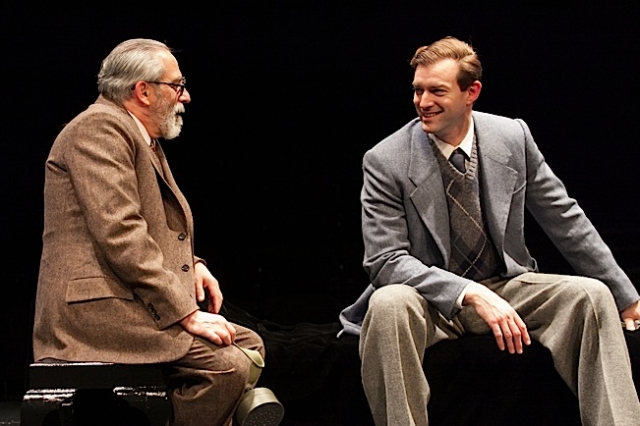 Get real. When you put a second-tier theologian, like C.S. Lewis, into a hypothetical situation with a world-class mind like Sigmund Freud, it’s going to be a classic case of emotional immaturity with emotional density. That’s the dynamic in Freud’s Last Session by Mark St. Germain. It’s not like putting Freud up against St. Augustine, Erasmus, or St. John of the Cross. Now that would really get confrontational. 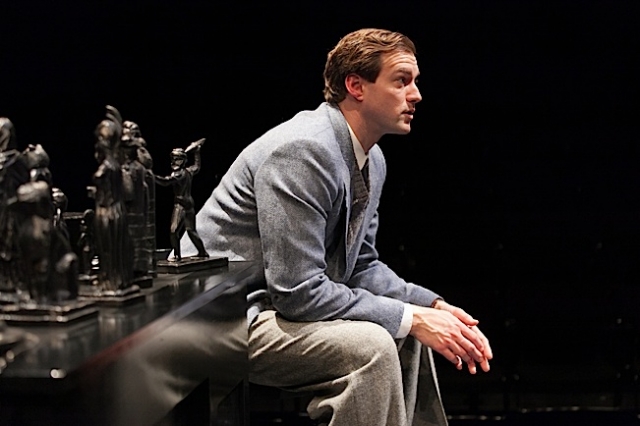 However, in the hands of Robert Dorfman as Freud and Peter Christian Hansen as Lewis directed by Bob Melrose, it makes for an engaging conversation that actually never happened. Set in London 1939 as the radio announces that the Germans have invaded Poland, Freud agonizes in his study about the impending cataclysm. Lewis pops in and St.Germaine asserts what amounts to positive-thinking concepts in Lewis’s mouth mismatched with penetrating ones in Freud’s. Lewis and St. Germain don’t seem to fathom the gravity of what is really happening. Freud does. Though St. Germain may think he has given us a balanced analysis of the two men’s overviews, he ends up revealing that, like it or not, the problem of the subconscious which Freud pioneered in examining (whether you like him or not), is no match for gooey untested theology. Through Lewis, you can actually feel the class-driven naivete. Through Freud we sense hard-earned knowledge and experience and terrible haunting truths which that can bring.