5Q: The Pirates of Penzance

The Pirates of Penzance is a comic opera in two acts. The story concerns Frederic, who, having completed his 21st year, is released from his apprenticeship to a band of tender-hearted pirates. He meets Mabel, the daughter of Major-General Stanley, and the two young people fall instantly in love. Frederic soon learns, however, that he was born on February 29, and so, technically, he only has a birthday each leap year. His indenture specifies that he remain apprenticed to the pirates until his 21st birthday, meaning that he must serve for another 63 years. Bound by his own sense of duty, Frederic’s only solace is that Mabel agrees to wait for him faithfully.

A band of swashbuckling pirates set hearts aflutter with their high seas hijinks. This cheeky farce by Gilbert & Sullivan explodes across the stage with damsels in distress, a sexy pirate king, a delightfully dotty Major-General and a score you’ll hum all the way home.

Hunter Ryan Herdlicka is nothing short of amazing. Just nine short days after graduating Carnegie Mellon’s prestigious School of Drama, Hunter went to New York City and attended his very first audition. Within four days of that audition, and a callback attended by Mr. Sondheim himself, Hunter was told he landed the coveted role of Henrik Egerman in Broadway’s first ever revival of the Stephen Sondheim and Hugh Wheeler’s Tony Award-winning masterpiece, A Little Night Music. Now, Herdlicka plays the ingénue pirate apprentice Frederic to perfection. His cherubic appearance doesn’t prepare the audience for the powerful voice that he controls with excellent skill. He brings the requisite naiveté to the role while adding personal charm and sharing it with the audience. 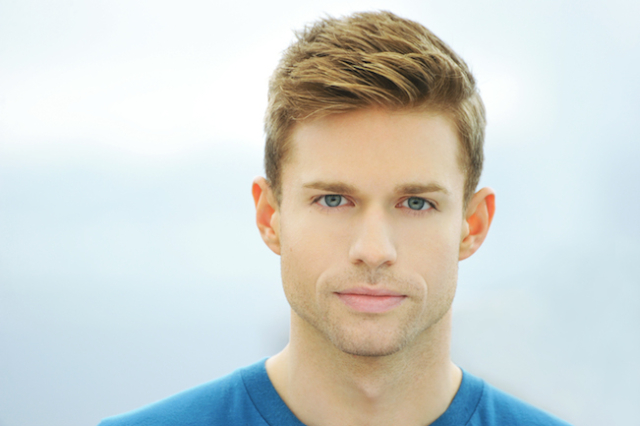 Pirates are one of those themes that everyone loves and never loses its appeal. What about pirates and this show in particular do you think captivates people so much?
Hunter Ryan Herdlicka: I’ve never really thought about how everyone loves the idea of pirates so much! I, myself, grew up with an obsession with pirates, buried treasure, sword fighting, treasure maps, Peter Pan, and films like The Goonies and Hook, so I can totally relate. And now with the Pirates of the Caribbean film franchise, pirates are on the brain more than ever!

I think this show has stayed in the mainstream for over 100 hundred years because of its brilliant lyrics and music and timeless story of love and morals. We all, as humans, struggle with doing what is “right,” which is absolutely the center of the comical story of the lead character of Frederic, the Pirate Apprentice, whom I play.

The show is nearing 150 years old. What are you as an actor doing to keep the show fresh for modern audiences? How is the Ordway’s version of Pirates fresh?
HRH: I think the most important thing is to make sure that the characters and story are portrayed in a way where audiences can relate and they can see parts of themselves in all of us onstage. Frederic is basically the everyman of the story; I feel that many of us know what it is like to be in love but told that it is not okay with either family or society, and that is exactly what Frederic goes through. This particular production is unlike any other: brilliant staging and costumes, beautiful sets, a 20-piece orchestra, Broadway actors from New York City mixed with some of the finest actors in the Twin Cities… it really couldn’t be any better. 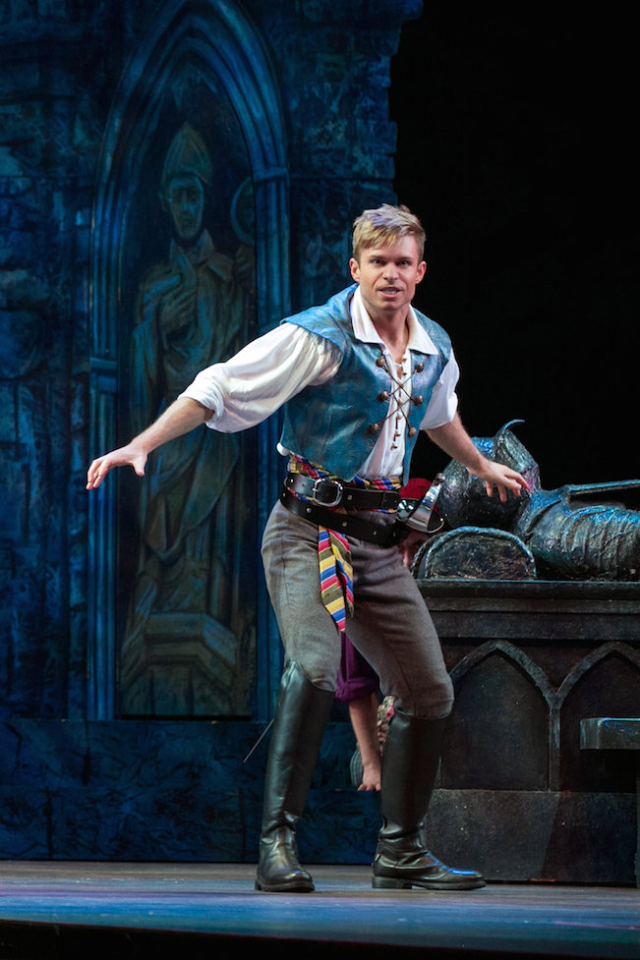 The Pirates of Penzance is a comic opera, which might surprise theater goers who aren’t expecting it. What does the operatic style add to the story?
HRH: Well, the show is technically an operetta, which means light opera. So at times it seems like an opera, but for the most part it feels like a musical comedy with a large cast and large orchestra, which we don’t often get to see anymore. I think because the show is about 70 percent sung through, it just adds to the dramatics of the story. Also, the words are some of the most clever and funny lyrics ever written, so it’s amazing to hear some of the Gilbert and Sullivan rhymes and ironies. It’s really an artistic masterpiece.

Your character, Frederic, has been described in other productions as a vapid ingénue. How are you approaching the character?
HRH: I have seen seven productions of Pirates before and I have always loved the character of Frederic, but never quite seen it done justice. I believe that the key in approaching Frederic is to remember that he represents all of us; he is the everyman. He must be relatable, charming, funny, earnest, endearing. It’s true, the Pirate King gets most of the jokes and gags, but Frederic’s story is really the heart and emotional center of the piece. For me, it’s really accomplished by remaining earnest and vulnerable, so that there is a cathartic connection between us. After all, I am there for the audience, to entertain and to move them, to help them express, to laugh, to feel.

Pirates also includes the art of patter, and I believe Frederic is one of the characters who gets to patter. Do you enjoy pattering? What are the challenges and joys related to pattering?
HRH: To clarify, by patter do you mean singing so fast that you can only take a breath every 30 seconds and being terrified out of your mind that you will mess up your lyrics!?! Those are basically the challenges, on top of singing everything on a specific pitch. It’s really quite fun, hard to learn, but really wonderful when you have made it through and all went well! Again, the patter-type songs in this show really are just a testament to the brilliance of Gilbert and Sullivan and the artfulness that is The Pirates of Penzance.

The Pirates of Penzance runs at the Ordway Center for the Performing Arts through August 16. For more information and to purchase tickets, head to www.ordway.org.