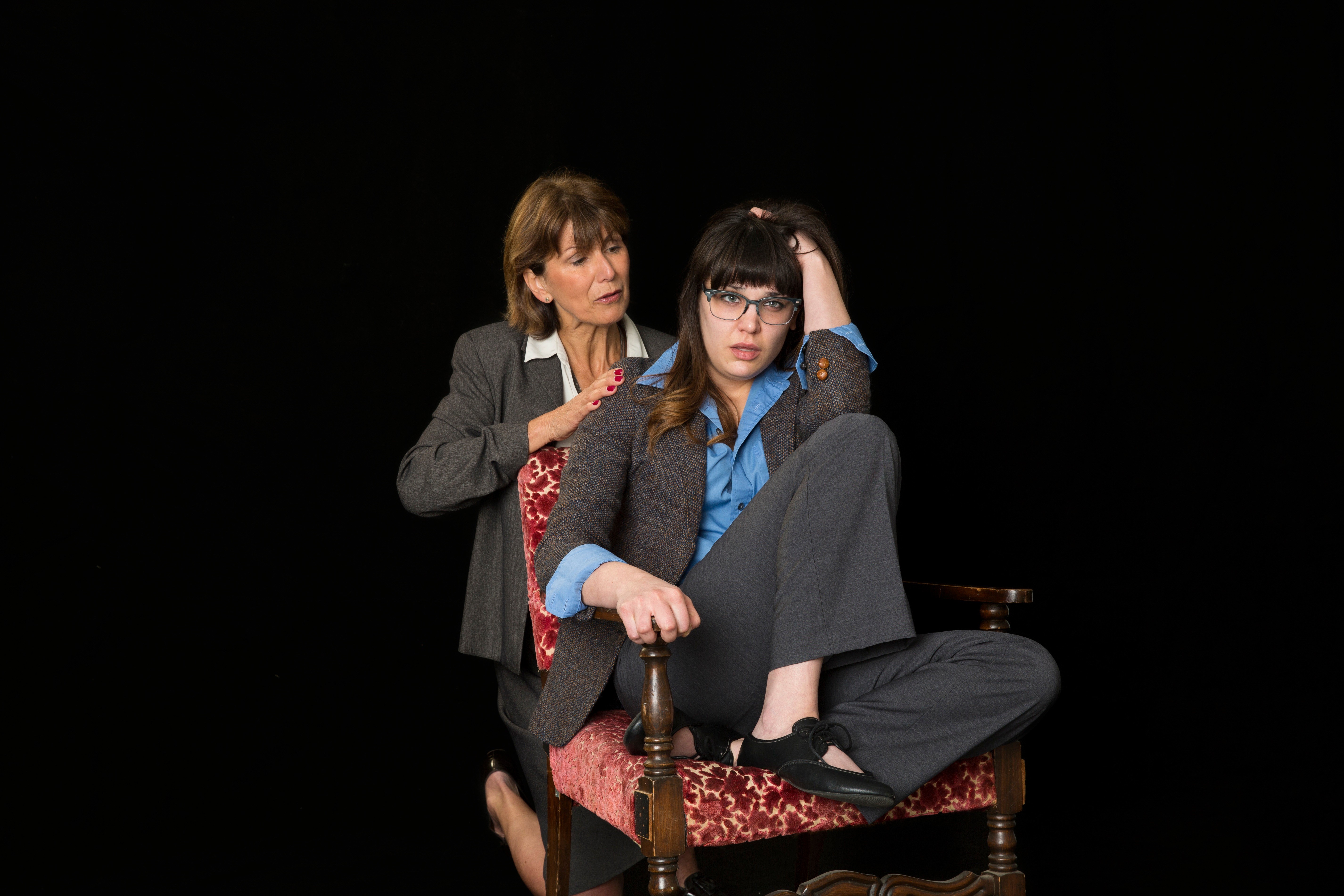 Evolution and emotion collide in the Minnesota debut of The How and the Why, the thought-provoking, sharply humorous play. The How and the Why is an intimate and keenly perceptive play where two female scientists explore the difficult choices women of every generation face. On the eve of a prestigious conference, an up-and-coming evolutionary biologist wrestles for the truth with an established leader in the biology world. Their question: why do women menstruate, when most mammals do not?

While the elder scientist centers her research on the grandmother hypothesis, the younger presents radical new ideas aimed at explaining the minutiae of female biology. Along the way, the characters dig deeper into the why of Mother Nature, revealing drama that reveals the secrets of human anatomy. Director Shelli Place discusses the themes from the play. 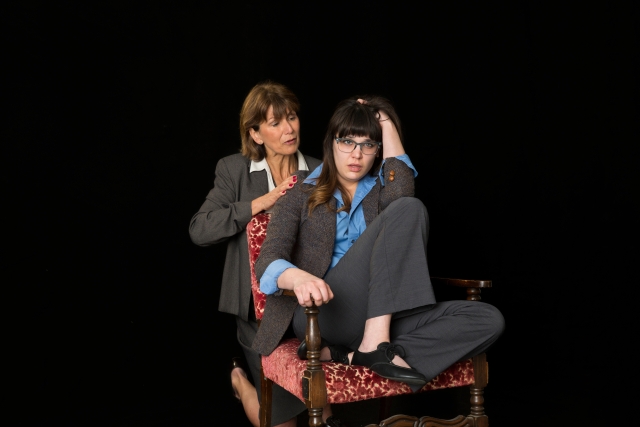 What drew you to this production?How do you choose which aspects of the script to highlight and draw attention to?
Shelli Place: The Hennepin Trust found the script and thought Theater Unbound, with their history of producing plays for and about women, would be a good partner. Artistic Director Stacey Poirier invited me to read the script. I was intrigued by its themes, thrilled by two amazing roles for women and excited about its possibilities. Although the script is complex, playwright Sarah Treem has provided a “road-map” that helps the director take the audience on interesting “side-trips” but still gets them to the final destination.

“How” and “Why” are some of the deepest questions we can ask, and they’re at the center of the show. How does the characters’ pursuit of these questions shape the story?
SP: In my mind the “How” and “Why” is the story. We approach our issues, opinions, and challenges both analytically and emotionally. The constant friction between left-brain and right-brain stimulates our thinking and propels us forward. These characters exemplify that struggle as they search for their own truths.

Critics have said that the combination of settings in a Harvard professor’s office and a dive bar speaks to the intellectual and tonal range of the play. Can you tell me a bit about what they might mean by that?
SP: In each setting, one character feels comfortable while the other appears ill-at-ease. The Harvard professor’s office speaks to the play’s intellectual tone as the characters reveal more about themselves through their scientific “sparring”, while the dive bar gives the characters a “safe house” in which to peel away the layers of their unexpected relationship.

In researching for the play, writer Sarah Treem said she learned some sobering facts, like how even now, scientific hypotheses delivered by a woman will still be taken less seriously than ones put forth by a man. Does any of that kind of sad reality make its way into Treem’s show?
SP: Yes, and the responses are quite colorful!

How is the young grad student with new ideas that challenges the experienced professor relatable to more than just academia?
SP: Bottom line, this is a relationship play. The scientific ideas, both old and new, are used as a catalyst in the “evolution” of a relationship between two feminists of different generations. This generational divide provides the stimulus that leads us to the ultimate biological question; what makes us who we are…nature or nurture?

The How and the Why runs at the New Century Theatre through March 20. For more information and to purchase tickets, head to www.hennepintheatretrust.org.