5Q: Sex Tips for Straight Women from A Gay Man 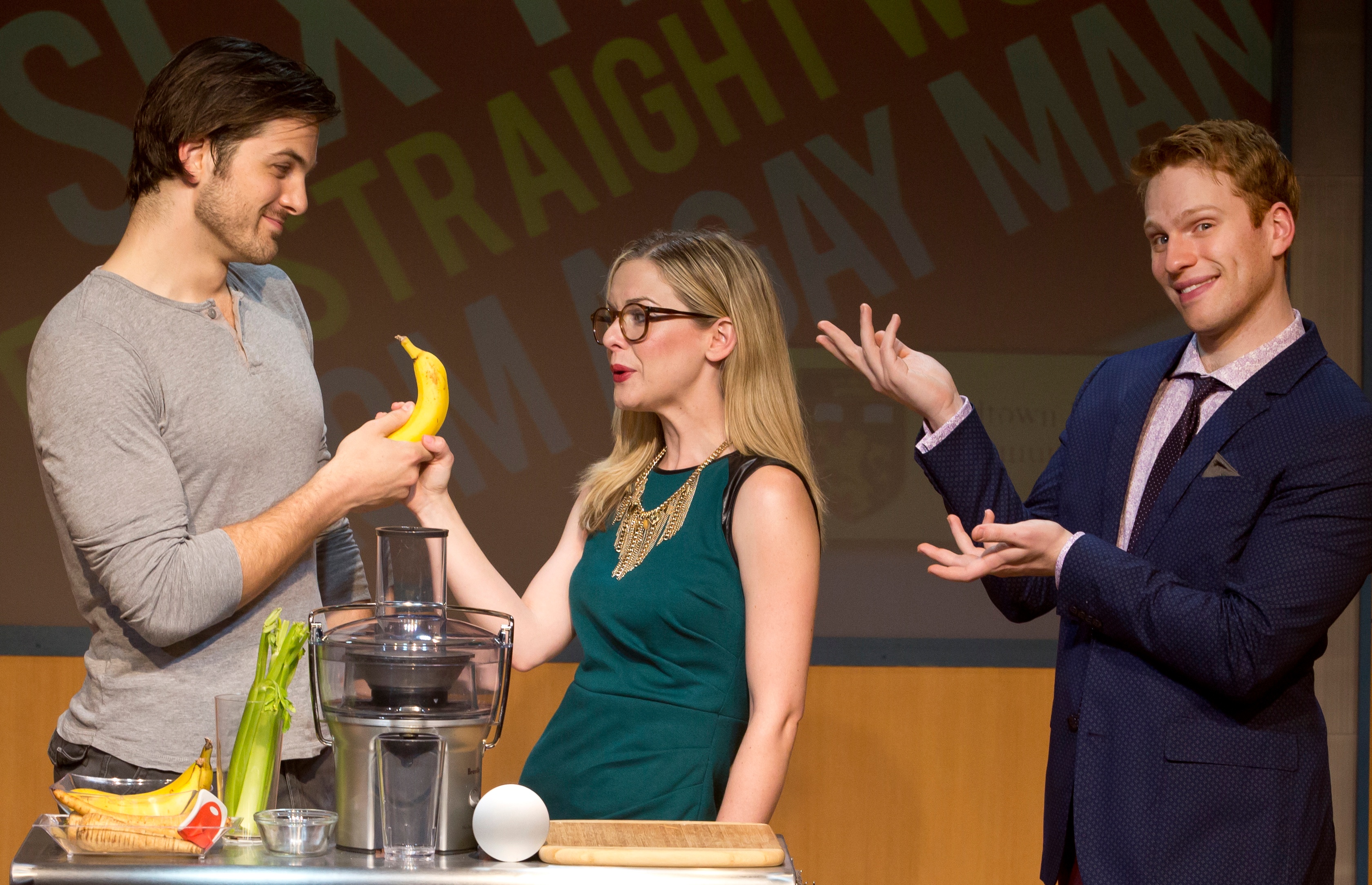 This romantic comedy takes the audience on a hilarious and wild ride where no topic is taboo and the insider ‘tips’ come straight from the source: a gay man. The play is set at a local university auditorium where the English department holds its monthly Meet the Authors event. Robyn is the shy and studious moderator of the event and this month’s featured author is Dan Anderson of Sex Tips for Straight Women from a Gay Man. With the help of a hunky stage assistant named Stefan, Dan aims to turn this Meet the Authors event upside down with a highly theatrical, audience interactive sex tip seminar.

Playwright Matt Murphy most recently produced the critically-acclaimed musical Side Show on Broadway; with other recent productions including the Tony Award-winning musical Memphis; Thurgood, starring Laurence Fishburne; and the Off-Broadway hit Altar Boyz. Murphy adapted the best-selling 1997 book of the same name for the stage, and it’s getting rave reviews. 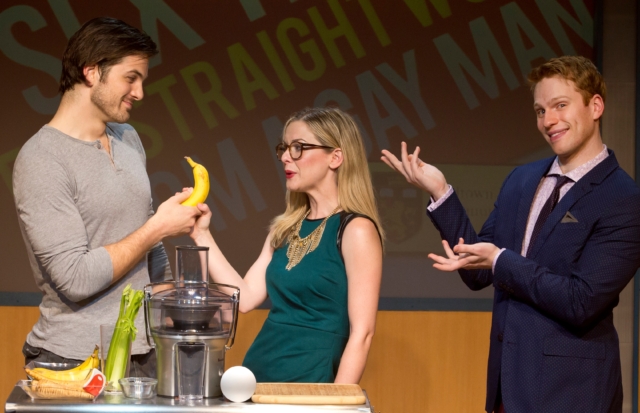 Can you tell me a bit about why you decided to write and produce this play? What sparked you to adapt the book for the stage?
Matt Murphy: Romantic comedies are rare in the theater and I thought the material in this book would make a great foundation for a romantic comedy involving a straight woman, the man she desires, and the helpful advice of a gay man. Turns out, audiences agree and the show is now the longest running comedy in New York!

You were first introduced to the book by your wife. How did that happen? How do you get involved with the topic of sex tips for women from gay men?
MM: I told my wife about my idea for a funny sex comedy for the stage and that I was looking for source material to use as inspiration. She said there was this book that her and her friends were passing around in college. I googled it and there it was, the best title I’ve ever seen since Menopause The Musical.

You’ve said before that it’s rare for the topic of sex to be the topic of the room and for everyone to be on the same comfort level, but that it attracted you to the project and why it’s so popular. Can you explain what you meant a bit more?
MM: Sex is something that is on our minds daily. It just is. But that doesn’t mean we all go around talking about it. The play serves as a great ice breaker in that way, putting that topic front and center. By dealing with the subject in a humorous manner, I hope to disarm some of the taboos around sex for everyone in the audience so that the next time they find themselves between the sheets, they feel a little more courageous than they did before to maybe try something a little friskier. 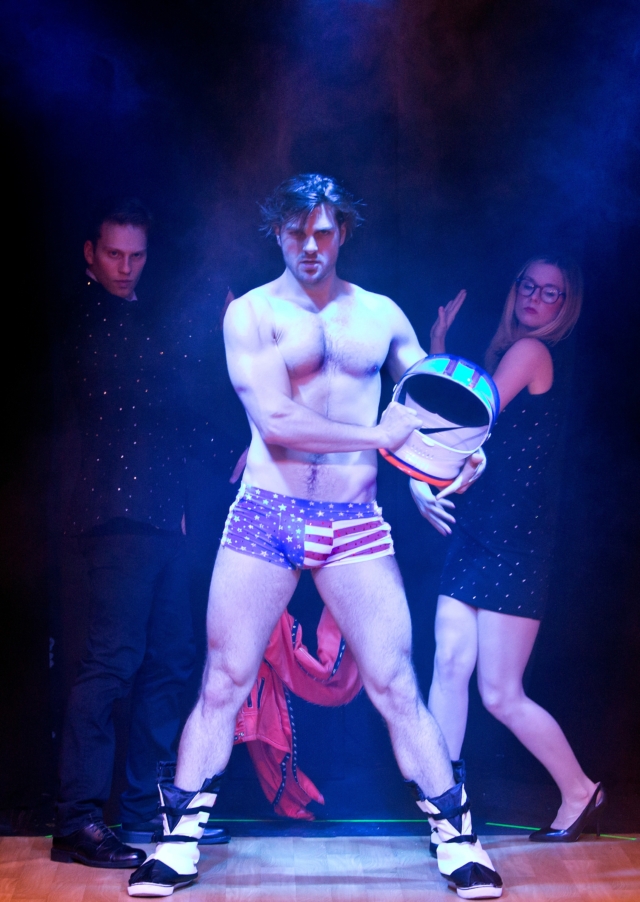 With a title like this, it puts a certain perception of what kind of show it’s going to be into the audience’s mind. How do you describe the content and vibe of the show?
MM: What I love about our show is that our audience comes to the theater ready for a wild and naughty night out. We don’t need to pump them up; when they click “buy tickets” online for a show called Sex Tips For Straight Women From A Gay Man, the excitement is already building at that moment. So by the time they take their seats, they are ready to laugh, they feel adventurous and they are eager to walk out with a few new tips. Luckily for them, our show delivers on all counts. Plus, there’s a strip tease at the end. You know, just to keep the husbands on their toes.

The title also plays to a certain demographic, but you’ve said before that there is something for everyone. Can you tell me more about that?
MM: The show has turned out to be a huge date night draw. Women are bringing their husbands and boyfriends, and the guys are loving it as much as the girls. I think one reason for that, as I mentioned before, is that the show serves as the ice breaker for people to talk about sex with their partners. Both men and women can have difficultly talking about sex and asking for exactly what they want. But after seeing our show, the work is already done for them. All someone needs to say to their partner is, “That show was really funny. That scene about X, Y, Z was hilarious.” And then before he know it he will saying, “Wait. Wow. What are you doing, honey? Ooh. You tiger, you!” And that, my friends, is proof that theater has the power to change the world.

Sex Tips for Women from A Gay Man runs at the Ordway Center for the Performing Arts Nov. 18–19. For more information and to purchase tickets, head to www.ordway.org.