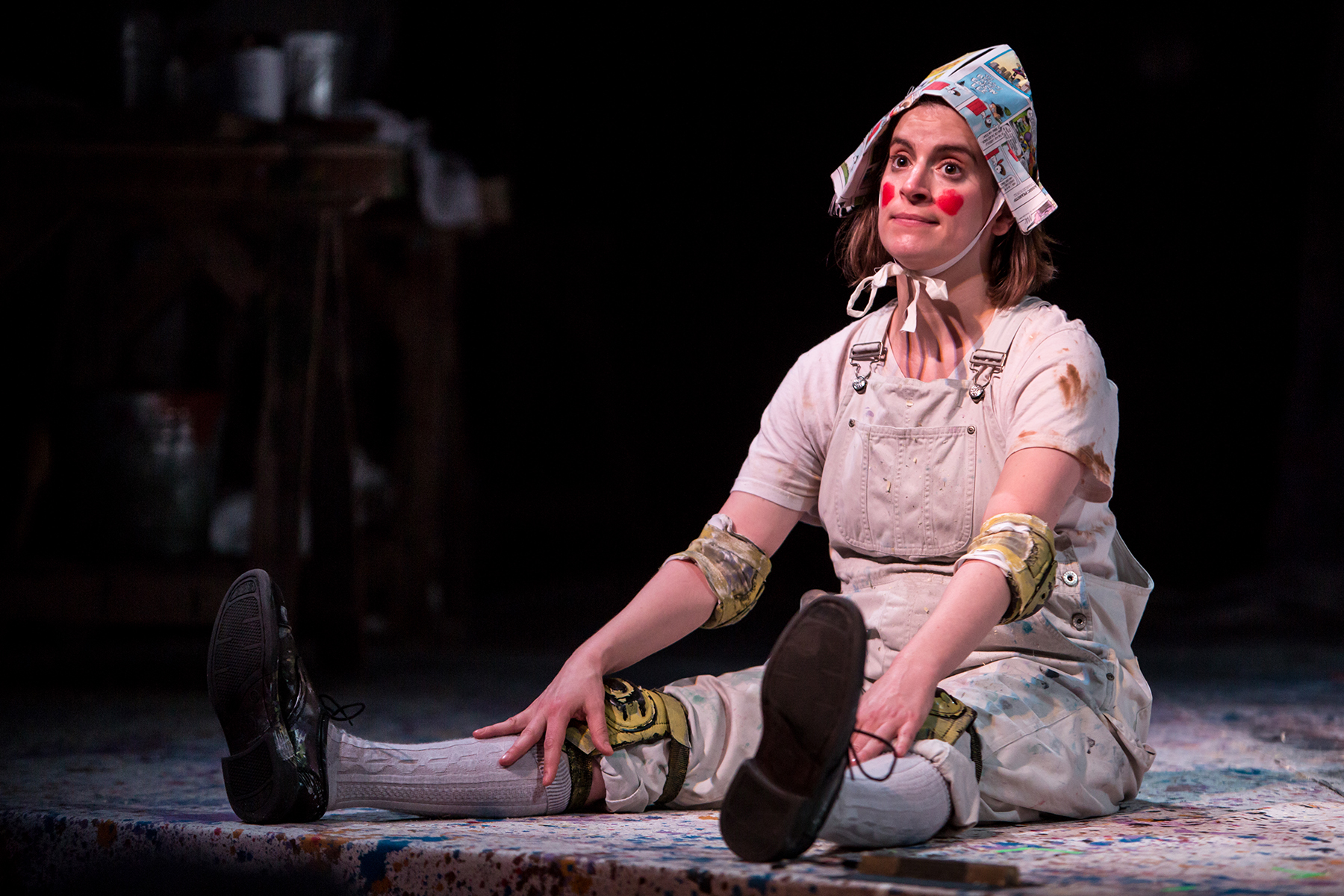 The Children’s Theatre Company is weaving the tale of Pinocchio like you’ve never seen it before. Five workers are fixing up the theater and as one flips on the lights, he is surprised to discover an audience (that’s where you come in). He learns everyone is there to see the story of Pinocchio. He regretfully tells them to come back another day. The others, however, convince him they can bring this tale to life using only what they have on hand. The four playfully scramble with the tools of their trade (paint brushes, ladders, mops, scaffolding, etc.) to tell the story of Pinocchio, eagerly asking for help from the audience to propel the story forward. From the moment Geppetto creates him from a lump of wood, Pinocchio dreams of being a real boy, but will the all-too-tempting delights of puppet shows and Playland be too much?

Children’s Theatre Company kicks off the new season with the acclaimed return of Pinocchio, the clever adaptation of Carlo Collodi’s classic Italian folk tale that dazzled CTC audiences when it premiered in 2013. The production is created by Greg Banks who has created many highly-acclaimed adaptations, including The Jungle Book, Robin Hood, Huck Finn, and Romeo and Juliet. This production, like Collodi’s story, explores the magical moments when make-believe becomes real. Director Greg Banks’ work as a director, writer, and actor has taken him all over the world.  He is known for creating work for young audiences that is mesmerizing and physically daring. He has created five world premieres for CTC over a span of ten years. 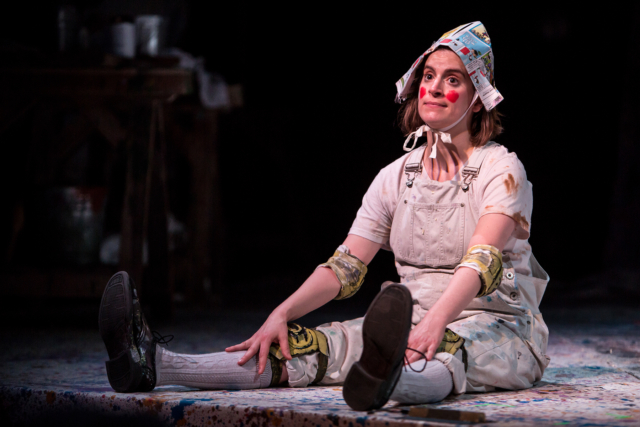 You’ve done a few shows with small casts and quick character changes for the actors. What about that style appeals to you?
Greg Banks: If you’re telling a large story with a small cast, with multiple character changes, you are using the actors at full stretch. They’re not hanging around offstage waiting for their scene, they are fully involved in the telling of the whole story. It requires enormous skill and energy. A stripped down production also demands a great deal of imagination on the part of the creative team and also the audience. When working in this way, I feel as though I am digging back into the roots of storytelling.

How does the multiple characters per actor add to the story of Pinocchio?
GB: Something interesting happens when we see an actor transform into another character in front of our eyes and then again into another. On some level we begin to understand that human beings are capable of containing many elements within themselves. I think that, particularly for a young audience, it is fascinating for them to see adults in many different guises and, to maybe understand that on some level, we are not fixed to one idea of ourselves; to see that as adults we don’t necessarily have to give up on being playful. To see an actor transform from a cricket, into a greedy showman, into a bullying schoolboy, and so on with no real change of costume can be very liberating. 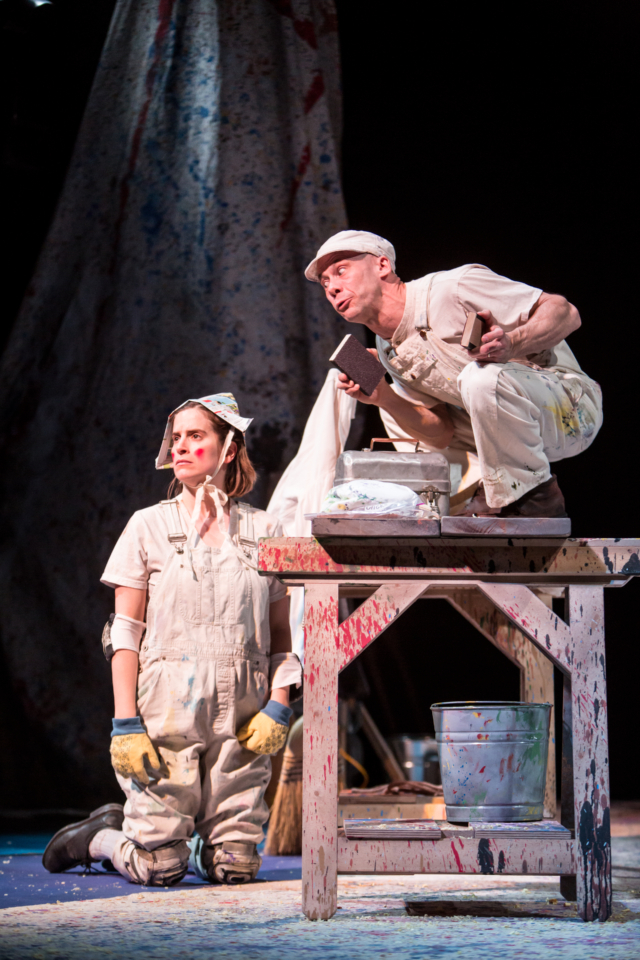 The actors break the fourth wall, which isn’t done too often. Why did you decide to incorporate that into Pinocchio? What about CTC audiences allows that to happen so wonderfully?
GB: I really like acknowledging that we are sharing the story with the audience, that they are not simply watching from the shadows. In Pinocchio, we address the audience directly; we’re not trying to pretend they aren’t there. This device is often used in children’s theater (English panto, for example), and is sometimes seen as patronizing. I don’t agree; I would use the same device for any audience, young or old. An extension of the idea would be the promenade performances we did at CTC of Antigone and Romeo and Juliet. (There were no seats for these shows; the audience stood in and amongst the actors and action as it happened all around them.) It’s just an attempt to make the theatre experience a less passive one.

As a story within a story, this version of Pinocchio isn’t necessarily the story that everyone is familiar with. Can you explain a bit about the process on deciding on using painters to tell the famous story?
GB: When deciding to tell a story on stage, you always have to figure out a way to tell it. In the end it’s a personal choice as to how you go about that. The notion of the story being told by a bunch of workmen came to me over breakfast one morning; it gave me the freedom to tell the story in whatever way they chose to remember it. It meant that we always knew these people weren’t really the characters they were portraying and meant that they could drop out of character/change character/ask for advice from the audience, or do whatever they wanted without breaking some kind of reality that we might have created. If we had started with Geppetto on stage carving a puppet, it would be hard to allow him to become another character without going off stage, disguising himself in another costume, speaking with a different voice, and slowing the whole business down, and we would probably need a lot more actors.

You’ve said before that off all the shows you’ve done with CTC, Pinocchio is one of your favorites. Why is that?
GB: Pinocchio is one of my favorites at CTC, but to be honest, I have loved many of the productions that CTC has allowed me to direct. I guess Pinocchio captures a kind of playful anarchy that I love, without losing the heart of the story.

Pinocchio runs at the Children’s Theatre Company through August 14. For more information and to purchase tickets, head to www.childrenstheatre.org.