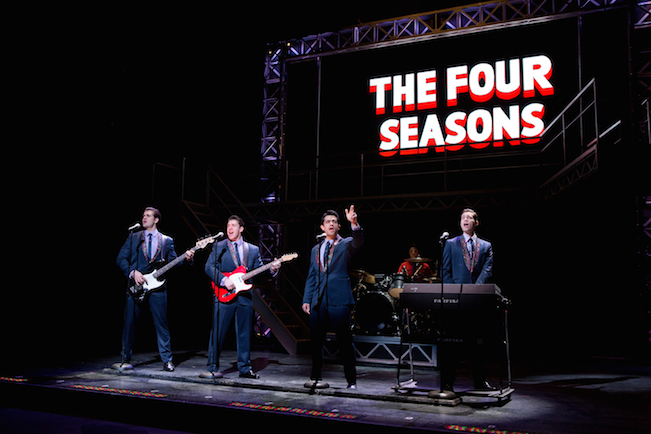 The 2006 Tony Award-winning Best Musical about Rock and Roll Hall of Famers The Four Seasons, Jersey Boys is the story of how four blue-collar kids became one of the greatest successes in pop music history. They wrote their own songs, invented their own sounds and sold 175 million records worldwide — all before they were 30! Jersey Boys, winner of the 2006 Grammy® Award for Best Musical Show Album and most recently, the 2009 Olivier Award for Best New Musical, features their hit songs “Sherry,” “Big Girls Don’t Cry,” “Rag Doll,” “Oh What a Night” and “Can’t Take My Eyes Off You.”

Taking on the role of Nick Massi, Keith Hines studied acting in New York, achieving a master’s degree in music theatre, studying voice with the legendary Florence Birdwell, best known for training a host of Broadway stars, among them Kristin Chenoweth and Kelli O’Hara. Standing tall at six foot three inches, with a glorious baritone voice, Hines is perfect for the role of Massi and took the time to answer some questions. 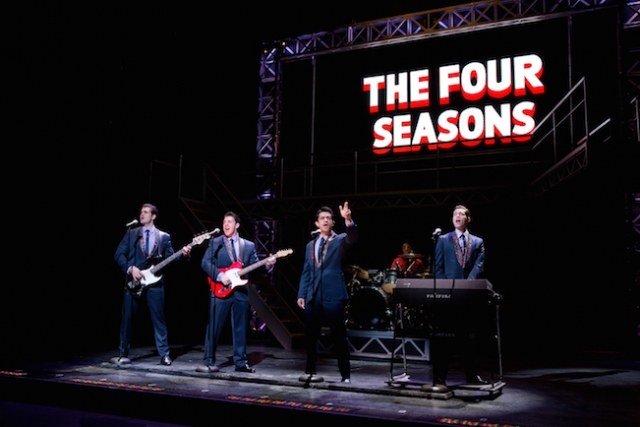 Nick Massi is the strong, silent type, and he is also the harmony genius in The Four Seasons. What do you enjoy about playing Nick, and what type of reactions have you seen from audiences?
Keith Hines: Nick is a fun character. For much of the play he is very mysterious and under-spoken. As an actor, it’s a lot of fun finding ways to let him shine in moments where he doesn’t necessarily have words as a tool. He is also the funny guy from time to time. Bringing humor to him and to the play is a wonderful responsibility as an actor.

I’ve heard that Jersey Boys has a big appeal to everyone, but guys seem to especially enjoy it. Why do you think that is?
KH: This is definitely a man’s musical! We like to say Jersey Boys is the musical men drag their wives to. I mean, it’s a true story about four guys from Jersey who, amidst mob ties, gambling debts, girlfriends, marriages and broken marriages manage to climb the ladder to fame becoming one of the greatest pop sensations of all time. It is an episode of The Sopranos with incredible music. What man wouldn’t like that? 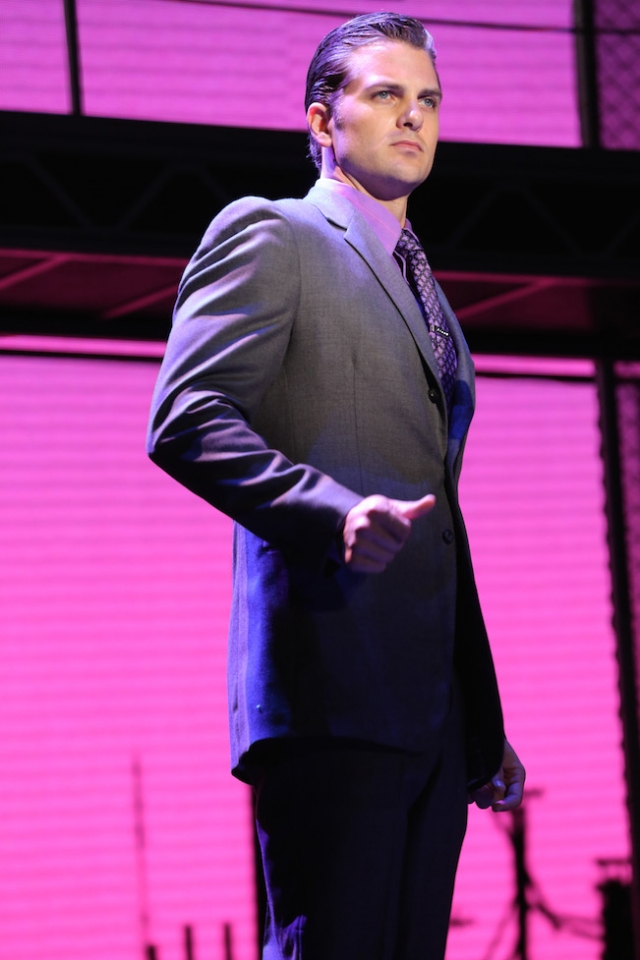 Is there a moment in the show that stands out for you? Do you have a favorite part, scene, or song?
KH: There is a section of the show we like to call “The Big Three.” It’s the performance of “Sherry,” “Big Girls Don’t Cry,” and “Walk Like a Man” back-to-back in concert form. The harmonies are tight, the choreography is sharp, and the costumes are flashy. Sometimes the audience reaction feels like we’re giving a rock concert, not a musical. After more than 150 performances, the experience in this moment is still as exciting as it was the first time.

There are so many musicals set during the ’60s, and many of them focus on musical groups. Why do you think that is? What about that era and profession are so appealing to audiences?
KH: The ’60s were a very revolutionary time in our country and the music of the decade captures the essence of that excitement. People who lived in the ’60s will use our show, and shows like ours, as a vessel in their effort to reminisce years gone by, and people too young to remember the ’60s get to use our show as a crash course in how exciting the times really were. It is an exciting and informational experience for everybody!

What does the participation of an original Four Seasons member in the creation of this show back in 2005 add to the production?
KH: One of the most exciting things about Jersey Boys is that it’s a true story, and the fact that the story is influenced directly by original members, it doesn’t get better than that! It’s information straight from the source. Not often have I experienced anything like it, in life or as an actor. It’d be like George Washington strolling into your history class to teach you about the American Revolution. Pretty darn cool!

Jersey Boys runs at the Orpheum Theatre through May 3. For more information and to purchase tickets, head to www.hennepintheatretrust.org.