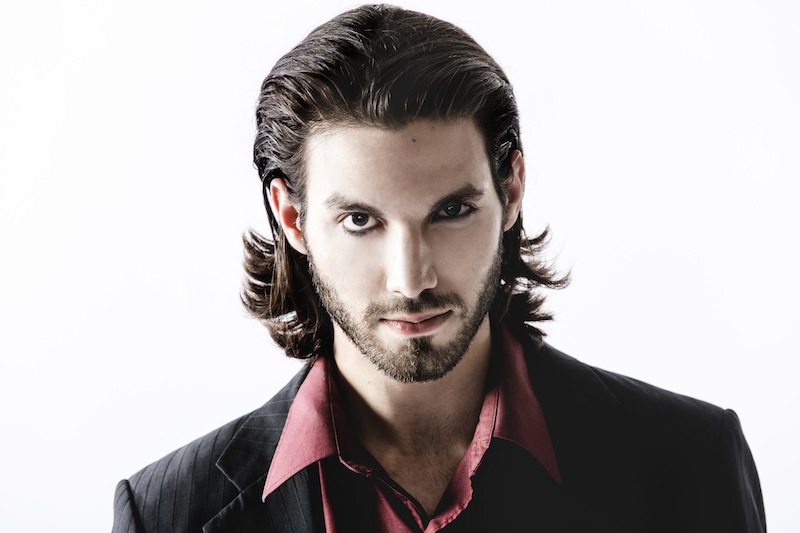 Collide Theatrical Dance Company presents a modern twist on the classic Bram Stoker novel, Dracula, set in 2016 New York City. Sure to delight audiences, this full-length jazz dance musical features ten professional dancers, two vocalists and a live band in a moving re-telling of the well-known tale. The energetic pop music score featuring songs by artists such as Bon Jovi, Nirvana, and The Foo Fighters will lure you into a world of passion, lust and love.

Joshua Campbell joins Collide as a guest artist as the director of Dracula. Audiences may know Campbell from his performances in the national tours of Mamma Mia! and Legally Blonde as well as numerous regional theater productions including The Guthrie Theater, Papermill Playhouse, Children’s Theater Company, Jungle Theater, TUTS, and the Ordway Playhouse. His recent directing credits include Calvin Berger at Minneapolis Music Theater, Deal!-The Musical at the Ritz Theater, and The Shoe Tree Reading with Theater Latté Da. 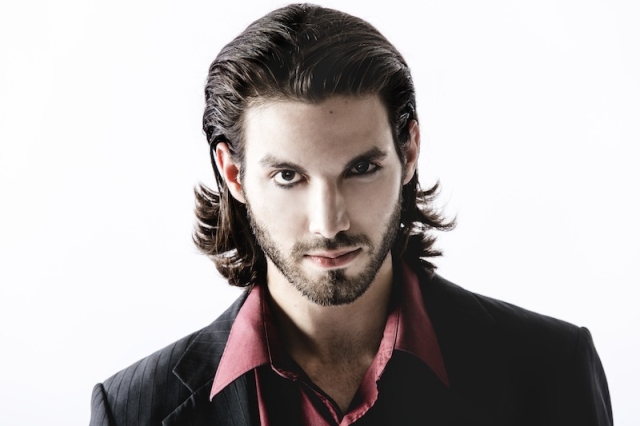 What personally draws you into the story of Dracula? What made you want to direct this production?
Joshua Campbell: I love magic realism! Adding the supernatural element makes us all be able to take a step back from the reality of the piece and focus on the themes and story. Dracula explores many themes: What does it mean to be an outsider? What are we scared of? When do we let go and lose our inhibitions?

I always want to direct with Collide Theatrical. The blend of amazing dancing, singing, acting, and a live band all work together to tell a unique and creative story. I was a fan of Collide before working with them. I think they are pushing the boundaries of storytelling in the Twin Cities. It’s not just a dance piece, it’s not just a theater piece, it’s not just music at a club; it’s a mix of everything. This mash up of media creates a unique art form in the Twin Cities.

How do you go about adapting the classic Dracula into a jazz dance musical?
JC: Right?! Regina Peluso (Collide’s artistic director and choreographer) and I talk a lot about each character’s voice. Our cast is made up of a fantastic mélange of actors, singers, and dancers. Some have strengths, or more experience, in certain areas, and we have to figure out how they all talk to each other. How do you have a scene with two characters where one character is singing his action/dialogue, and the other character is responding by dancing her action/dialogue? How do they talk to each other? It’s fantastic to watch!

Why the decision to update the story to 2016 New York City?
JC: What will people, in this era, connect to in the story of Dracula? We all feel we know the story of Dracula. I thought I knew a lot: a vampire from Transylvania, he goes to London, he bites people. But there is so much more to the story. We have all seen different adaptations of the classic Bram Stoker book, as the other characters and the plot change or are eliminated in different adaptations. In the Bram Stoker book, Dracula is a shadowy figure who is not given much page time. The plot centers around the humans dealing with Dracula, instead. What I felt, when reading the book, is empathy for an outsider who is trying to change his circumstances. I felt sorry for Dracula! What?! By moving it to present day NYC, we made him a foreigner who is trying to fit in. He is an outcast and not allowed to join the culture. He is trying to change his habits, hence the move, but people do not allow him to forget his past. Have you ever been an outsider like that? I know I have definitely had moments when I just don’t fit in. This story is very relatable, when brought to the present day. 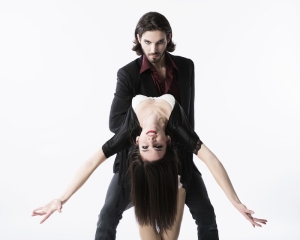 Can you tell me a bit about how you work in a pop music score with songs from popular modern artists? How easy was it to find songs to fit into the story?
JC: Regina, Doug Rohde (music director), and I brainstorm a lot of songs before landing on the correct feel and intention of a song to fit the show. Regina and Doug are brilliant at this, but it’s not always easy. Pop songs are an interesting beast to add into a story because pop songs do not further the plot, generally.

In most musical theater songs, action is progressed. This is taken from “recitative” of opera. A character learns something, action happens, something is discovered, or resolve is strengthened. On the other hand, pop music generally just sits in a feeling or mood. Think about it. A Beyoncé song is amazing, but there are five choruses that repeat the same thing (“Who run the world? Girls!”). They are awesome, but they sit in a mood. This harkens back to “arias” of opera. They have their place, but we are working action into these songs. It’s very fun to find those songs that allow action and a progression of plot. We look for more “theatrical” pop songs. Songs that will help tell our story. This show has Nirvana, classical music, and everything in between.

As a jazz dance musical, what can audiences expect from this production?
JC: Our production explores how the story of Dracula is connected to us today. There is passion, love, and drama, and there are some very fun moments as well (we have a dance off)! Art is around to make us think, laugh, feel, and find joy. Hopefully this production will do that for you. Come and see what you think and feel with this fantastic mix of artistic media with crazy hot/talented/stellar artists!

Dracula runs at the Ritz Theater March 10–20. For more information and to purchase tickets, head to www.collidetheatrical.org.