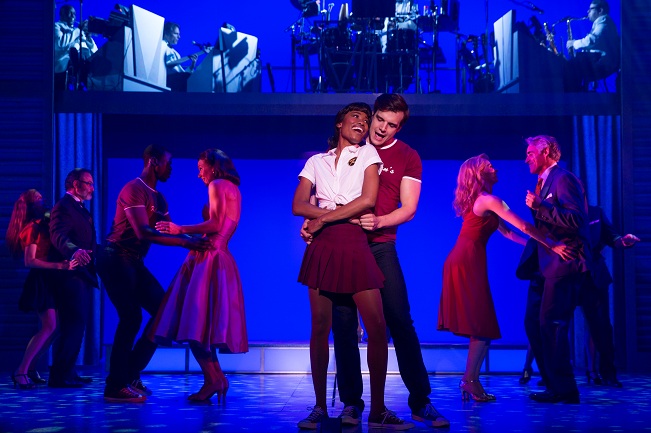 Dirty Dancing – The Classic Story On Stage is an unprecedented live experience, exploding with heart-pounding music, passionate romance and sensational dancing. Seen by millions across the globe, this worldwide smash hit tells the classic story of Baby and Johnny, two fiercely independent young spirits from different worlds who come together in what will be the most challenging and triumphant summer of their lives. Featuring all of the hit songs from the movie (and more!), audiences are sure to be pleased with this refreshing take on an old classic.

Doug Carpenter, in the role of Billy Kostecki, is one of two featured singers in a cast made up almost entirely of professional dancers. His take on the show is unique as Dirty Dancing doesn’t follow traditional musical standards. 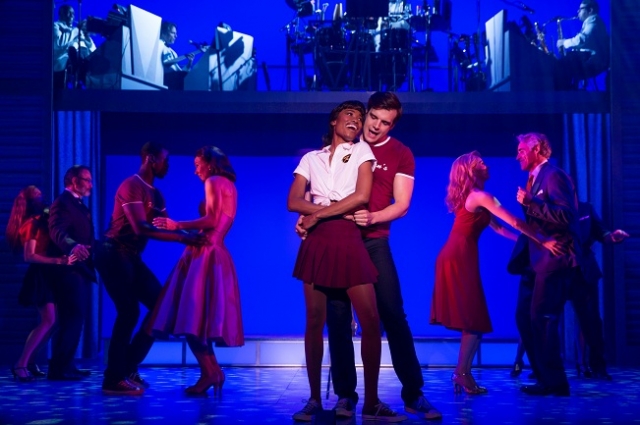 This show attracts two different kinds of audiences: fans of the film and fans of musicals. How would you say the two are reconciled?
I think a very large majority of people who come are familiar with the movie. Those small number of people who live under a rock seem to really love the show for the same reasons we all fell in love with Dirty Dancing. It’s a story about love, defying limitations, dancing, and Johnny taking off his shirt.  I guess those things are universal.

This stage adaptation includes songs that the film wasn’t able to get rights to. What do these songs add to the story?
This show has always been driven by the music. Eleanor actually mentioned that she picked the songs before she wrote the piece. The added songs just give you a little more of what she wanted…great, sexy songs that reflect the times, and some that aren’t of the time but fit the moment so perfectly that they elevate the scene beyond simple dialogue.

Dirty Dancing is different from other musicals in that the lead actors don’t sing. How would you say this changes the dynamic of the production?
This isn’t a standard musical. It has moments that are like a musical, but it’s more of a play with music. I actually love that about this show. So many movies get lost in translation when people have tried to make them musicals. Baby and Johnny’s storytelling is done through dance. That’s their version of singing I think, and it serves the piece. 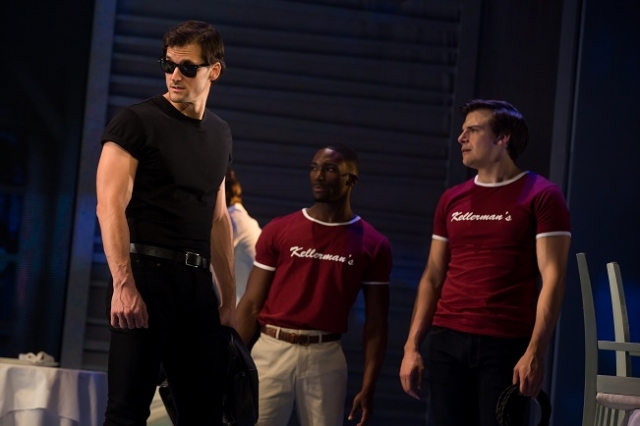 The stage production has broken records across the globe and audiences will cheer throughout the musical at iconic moments. Why do you think the story has such staying power?
This show works if Johnny takes off his shirt, says “Nobody puts Baby in the corner,” and the songs that made it one of the best movie soundtracks ever are included. Luckily we have a couple “recording ready” voices and band performing the tunes, some very funny actors, and an ensemble of dancers that can kick their faces, do insane lifts, and look stupidly sexy at the same time.

With such a large cast and only a couple soloists, what’s that like for you as a singer? How do you see yourself in relation to the rest of the cast and the story?
It’s been nice doing a dance show as a singer. The people are definitely prettier than I’m used to in singing shows. Also, the audience seems a little more excited after I sing my song because they haven’t sat through two hours of people singing their feelings in the Key of Scream. I do think the cast is extra nice to me too because I’m “dance challenged.” I guess the best comparison would be that I’m the mascot for our little team. Not gonna win the game, but way more fun to go to a game if there’s some dude in a tiger suit doing backflips.

Dirty Dancing – The Classic Story on Stage runs at the Orpheum Theatre until October 19. For more information and to purchase tickets, head to www.hennepintheatretrust.org.