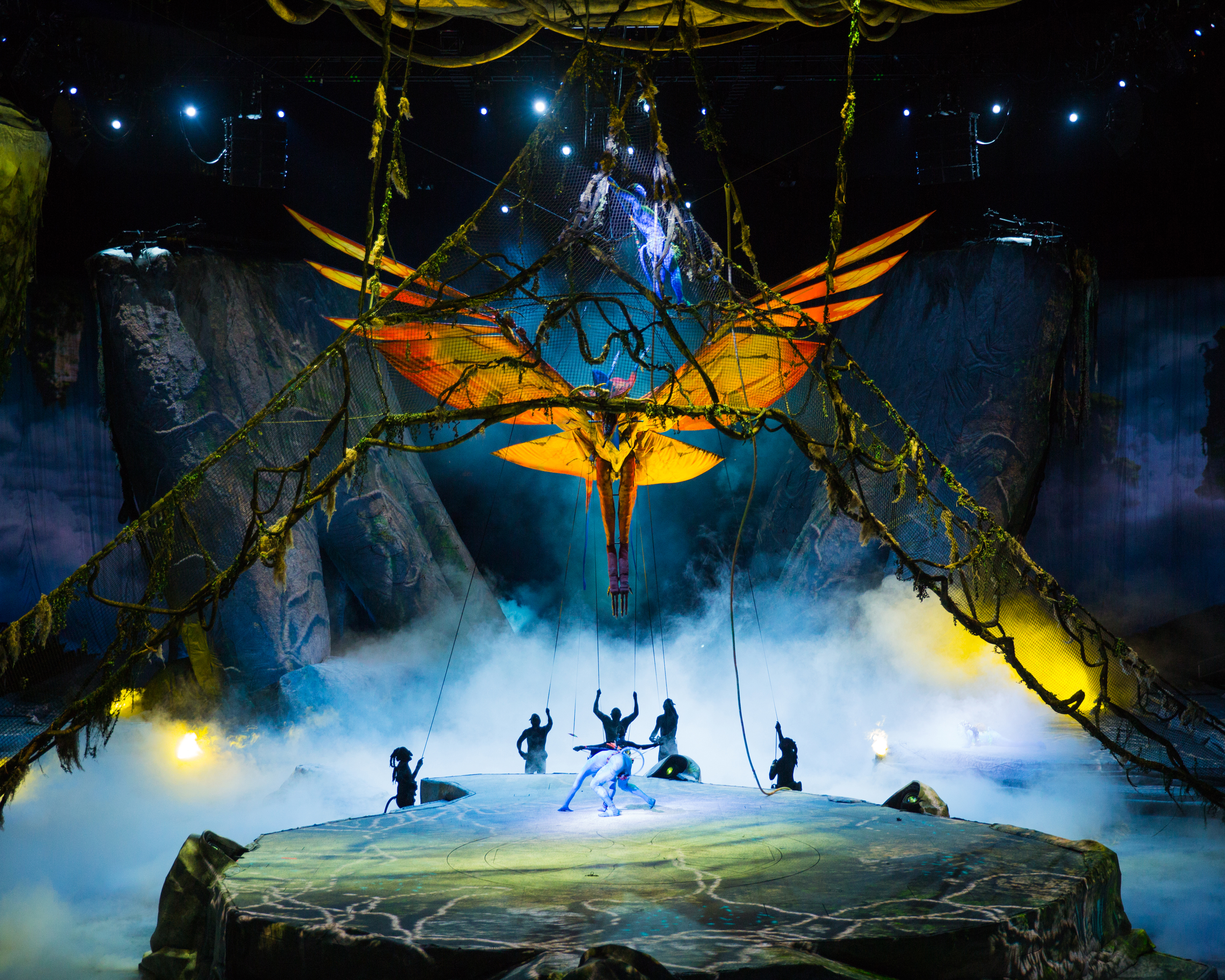 Narrated by a “Na’vi Storyteller” and populated by unforgettable characters, Toruk — The First Flight is a mythical tale set thousands of years before the events depicted in the film Avatar, and before any humans ever set foot on Pandora. When a natural catastrophe threatens to destroy the sacred Tree of Souls, Ralu and Entu, two Omaticaya boys on the brink of adulthood, fearlessly decide to take matters into their own hands. Upon learning that Toruk can help them save the Tree of Souls, they set out, together with their newfound friend Tsyal, on a quest high up in the Floating Mountains to find the mighty predator that rules the Pandoran sky.

Rob Laqui is a first generation Filipino American, born and raised in Minnesota. Based out of NYC, Rob has performed with numerous theater and dance companies and was also on the first national North American tour of War Horse and was asked to be one of the puppeteers as Joey appearing in the Royal Edinburgh Military Tattoo in Edinburgh, Scotland. He first auditioned for Cirque du Soleil over a decade ago, but after being accepted into the company’s performer database it wasn’t until fall 2014 when he was approached for the creation of Toruk — The First Flight.

Having done puppetry before, how does the style and movement of a Cirque show heighten and challenge your puppetry?
Rob Laqui: Even though Toruk is such a different kind of Cirque du Soleil show, being so large-scale and immersive, my approach to puppetry is the same. We, as puppeteers, embody all the creatures and animals of Pandora so we are very much a part of the visual world that the audience experiences. Our challenge is to make these full-size puppets live and breathe and come alive every night. It’s a wonderful experience as a puppeteer to work with such an amazing company that creates such evocative space. The visual design of the show is so vibrant and detailed that it’s very easy to believe you are on Pandora with the Na’vi. I suppose one of the challenges of puppeteering full-size creatures of Pandora is the playing space is large enough that running around it definitely takes some energy!

James Cameron’s Avatar took the world by storm when it premiered. How does the iconic Cirque du Soleil style mesh with the stunning visuals of Avatar?
RL: The great thing about our show is that you don’t have to be familiar with Avatar or Cirque du Soleil to enjoy our unique hybrid of a show. Of course, if you are a fan of Avatar and Cirque du Soleil, then you’ll definitely appreciate all the details from the Avatar world filtered through the incredible artistry of Cirque. Working with Cirque du Soleil has been such an inspiration because the level of talent and attention to detail is incredible. It’s such a good match for Avatar because James Cameron and his team created such a rich and complete world that lends itself beautifully to Cirque du Soleil’s style. 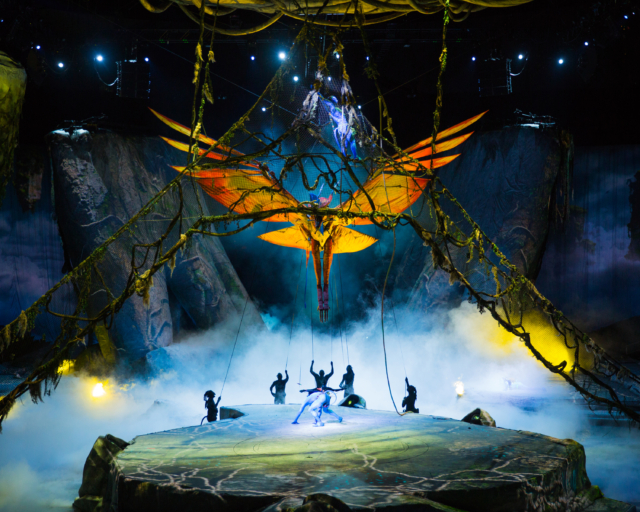 What does Toruk add to the story of Avatar, and what expectations should people have going into the show?
RL: Toruk takes place thousands of years before the events of Avatar. You get to see the Na’vi in their natural world without the influence of the “sky-people.” The audience experiences the flora and fauna of Pandora as well as getting to meet different tribes of Na’vi. Audiences should expect to be immersed into the world of Pandora and the Na’vi tribes that inhabit it. They should expect to see some incredible visuals as well as the physical artistry of the Cirque du Soleil artists. And they should definitely expect to see some life-size creatures of Pandora! 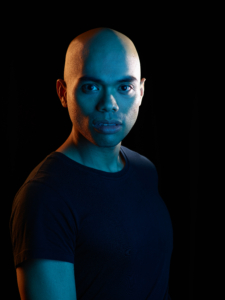 Last time Cirque was in town, it was under the big top in the Mall of America parking lot. How does changing the venue to an arena alter or enhance the viewing experience?
RL: As I mentioned earlier, this is a different kind of Cirque du Soleil show. It’s larger in scale and more narrative than most shows and we for sure use every inch of space we have to fill the arena with Pandora and the world of Toruk — The First Flight. Another reason this is a unique show is because it was created specifically for arenas so it’s been built large to fill the space.

The openness and inclusivity of Cirque for performers from around the world with various identities, including GLBT, is well-known. What does that openness mean for the individual performer and overall performance?
RL: Art has traditionally been the refuge for the disenfranchised and circus arts is no exception. Cirque du Soleil started over 30 years ago from street performers and has grown to be the premier company for circus in the world. One of the reasons for this is the inclusiveness and open quality the company has for its employees and artists. How can an artist be at their best if they are second guessing their own identity within the company? How can an acrobat or aerialist perform their incredible physical feats if their focus is split about being accepted by their peers? Cirque’s primary focus is fostering and developing the artist to be the best they can be and that couldn’t be possible if the company didn’t have an open policy toward people of all backgrounds and identities.

Toruk — The First Flight runs at the Target Center Sept. 28–Oct. 2. For more information and to purchase tickets, head to www.cirquedusoleil.com.