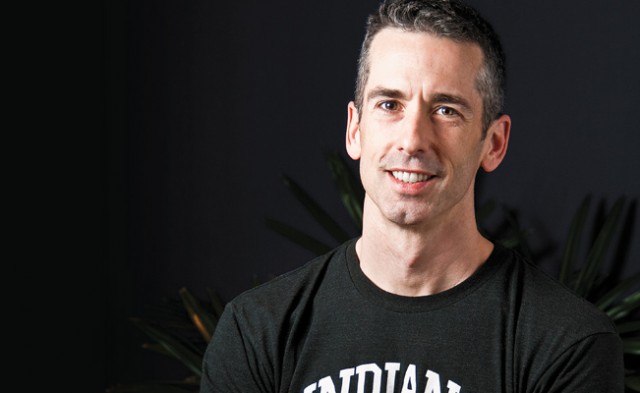 Dan Savage, America’s most popular sex columnist, is an openly gay man who is as enlightened about queer sexuality as he is about heterosexuality. He will go down in history as a seminal figure who bridged the two realms. His MTV series, Savage U, has him traveling to various places of higher learning and fielding frank, uninhibited questions from students.

Educationally speaking, true learning and inquiry can only come from releasing prejudices as much as possible. Unfortunately, discussions about sexuality are too often wracked with prejudices formed by misinformation and disinformation sprung from personal and institutional shame. But Savage puts the shame aside and lets his readers and questioners let it all hang out.

He has pointed out that there is a lot of open discussion about sexuality in print and online. Savage himself has become an online hero with www.itgetsbetter.org which provides healing energy to kids targeted by bullies. And anyone else who may be dealing with ramifications of bullying.

However, television is not as advanced in its straight talk about sexuality as are well selected internet sites and certain books and publications. With the exception of the rare cable show, television tends to approach sexual issues on moralistic grounds, even on networks we are told are liberal. Programming generally does not examine what actual sexual experiences are like and it’s the rare television program that delves into nuanced, complex, layered notions of the nature of sexuality.

Moreover, sex ed in many places has had its budget cut and restrictions put on what’s mentionable. Regrettably, many younger college students, especially from isolated areas, may only have seen entertainment that capitalizes on objectified images of sexy young men and women and heard judgmental insinuations and protestations from prissy media figures who address sex in prudish fashions. Though CNN’s Anderson Cooper has been sympathetic toward bullying victims and same sex marriage, he recently badgered www.backpage.com attorney Liz MacDougall who was trying quite reasonably to counter his questionable accusations of her company supporting child sex trafficking. Indeed she handled his onslaught well, but Cooper’s shrillness -the opposite of inquiry- actually took us further away from possibly gleaning enough information to start solving the problem!  Fox’s Bill O’Reilly constantly expresses animosity toward gays and women’s rights and their supposed attack on family values but his nickname is ‘Captain Phone Sex’ which came about from his communications with and extramarital ‘friend with benefits’. Savage himself has fingered CNN’s Nancy Grace, clearly an exponent of the outmoded sex-negative feminism of the ’80s, for getting on her righteous high horse in an interview with a male porn star. Grace in her typically unctuous way, ended up reinforcing stereotypes about feminists and white women with southern accents. Happily, however, one of Savage U’s episodes was held at Alabama’s Auburn University where the host was warmly embraced by well-scrubbed southern youth who clearly appreciated his insights. And the young women he interviewed were obviously more clear in their thinking than Grace.

To be clear, Savage is totally 100% about consensual safer adult sex. And it’s that adult realm that he navigates so helpfully. He gives a sense of the difference between being legitimately careful or dubious and being racked with fear. This means that he has demystified kinks that once upon a time were considered ‘weird’ or ‘perverted’ or ‘sick’. He’s quite firm on how we misuse such terms and in so doing often thwart potentially wonderful experiences and relationships.

His letter writers open up with questions about their interests in various kinds of role play, in fetishes that will amaze you, in how one goes about having a successful group sex scene with their spouse or life partner. Not only does he not judge these things, he has us consider that the exploration of such things can be a path to deeper self-awareness. Moreover, he is invaluable to couples, straight and gay, who want to work out ways of having their sexual needs and desires met.

Ironically, conservatives who squawk about the need to keep marriage traditional fail to see that what will keep marriages intact is a clear path of communication between spouses. Savage guides you along such a path. And if it includes spicing up your marriage with an added partner he provides an ethical structure to help facilitate that.

And this is perhaps what Savage’s detractors bristle at the most: the world of sexual exploration is not sinful but it is however not an ethics-free zone. Sexually active people and those who want to become more sexually active may not use the underground nature of most sexual exploration as a place to secretly violate others. If you go to a swinger party you may not go grab the buttocks of any unaccompanied woman there who strikes your fancy. If you tell your husband you want a three way with another woman as long as he doesn’t penetrate her, but he goes ahead and does, that is a violation. If you make a date for a tryst and you don’t bother to show up without calling, that’s shabby. If you are a woman who goes ballistic because your husband wants to dress in panties or watch you urinate, you’re wrong to shame him for it. If you are a straight man who likes athletic men to kick you in the groin and you know you are not homosexual, it is wrong for gay men to then judgmentally  obsess with the idea that ‘you must be gay’. If you are a gay man or a lesbian who wants to be dominated by a straight man or woman who calls you names, you are not a traitor to the GLBT movement.

Sex shamers and so-called ‘slut shamers’ like to think that their abstinence or pretense at abstinence is a form of ethics. Or that their radical professed willingness to exclude kinks, fantasies, and raunch is virtuous. However, there’s nothing ethical or virtuous about them.

Savage illuminates just why that is and in so doing, revolutionizes how we handle sexuality.