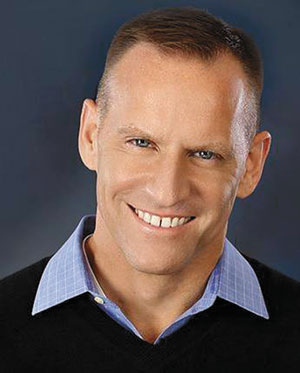 These words don’t flow easily. They can’t. In fact, it hurts like hell to write them.

Kelly was born in Mason City, Iowa on September 23, 1965. He attended a Catholic high school in Mason City and later graduated from the University of Northern Iowa and the University of Iowa College of Law. Kelly married high school sweetheart Kathleen Simon, but after several years of marriage they divorced (Kathleen remained a friend and confidant). Kelly then began living authentically as a proud and out gay man.

In 2000, Kelly started with Boston Scientific where he quickly rose to the position of Vice President and Chief Counsel—Worldwide Businesses. This was an exceptional accomplishment for someone so young and relatively new to the legal profession.

At the time of his death, Kelly was engaged to Nathon Bailey. Their wedding was scheduled for the end of August, 2014.

That wedding will never happen. Instead, Kelly’s funeral took place in Mason City on August 16.

In addition to Nathon, Kelly is survived by his parents Judy and Jim and siblings Bob, Bill, Kim, and John, along with many nieces and nephews. Each of these humans will forever be scarred by Kelly’s death.

Now for some personal reflection about Kelly Phillips, who was my friend.

I met Kelly two years ago when I joined the Marcy-Holmes Neighborhood Association board of directors. I quickly learned that the tall, beautifully chiseled, blond man seated on the other side of a worn conference room table was, like me, a lawyer with Iowa roots. When I subsequently heard he was GLBT, also like me, Kelly and I became more than mere colleague board members.

In the months that ensued, I visited the rehabbed loft that Kelly and Nathon shared. Hosting the board’s Christmas party, Kelly happily gave a personal tour of the loft. He was gracious and welcoming, just as I would expect any former Iowan to be.

On that evening, I also watched Kelly and Nathon interact; they obviously loved each so very much.

I came to appreciate that this new friend of mine was fairly unique in his approach to the world. Despite a very prestigious position with Boston Scientific, I never sensed that Kelly ever took himself too seriously. Indeed, he was very much the opposite—down to earth, affable, humorous, and always willing to give of his time and/or checkbook.

I quickly respected Kelly’s passion, something that’s relatively rare in this world of self-absorption and “what’s in it for me,” especially when it comes to some people with means. Yes, as you may know, he worked to defeat the anti-marriage amendment and afterward campaigned for marriage equality. However, what I remember most is another campaign—one involving Kelly’s almost singlehanded attempt to defeat the emerald ash borer in his beloved Marcy-Holmes neighborhood.

Many of those banners were put there by Kelly. He understood the importance of preserving tall beautiful living things.

Of course, another human didn’t respect that about Kelly himself.

Early last year, Kelly asked for my nonprofit’s help to connect the Boston Scientific legal department with poor people who needed lawyers to protect against losing basic rights like housing or access to government programs; Kelly so wanted to positively impact the world even further. In my line of work, this type of pro bono volunteerism is crucial.

Regardless of class or age or color or gender identity or any of the other things that artificially separate us, people need to step up to help each other.

That was Kelly’s motto, I’m absolutely sure.

Later, when my nonprofit had its first-ever fundraiser, Kelly came through by lining up Boston Scientific as a sponsor. My email response: “You rock for making this happen!”

Imagine my surprise when, in addition to his employer’s check, Kelly sent along a personal check in an amount that easily made him one of the most generous of individual donors to my nonprofit, ever.

In short, Kelly made many things happen in tremendously good ways.

Yet, Kelly Phillips very prematurely took his last breath while lying on the hard, unforgiving blacktop of a pristine Holiday gas station near Arden Hills, Minnesota.

I just have to ask: Why?

How many people do we need to lose before, as a society, we understand that access to mental health resources is a civil right?

When will mainstream media consistently promote mediation and nonviolence as the only real solutions to personal disputes?

Can we even grasp that domestic violence is an appalling national epidemic?

Will we ever not see the glorification of guns on television and movie screens?

What will it take to achieve the collective refrain, “Kindness trumps hatred”?

In the end, I only really know two things: no one has answered these questions for me.

And my friend Kelly Phillips is dead.