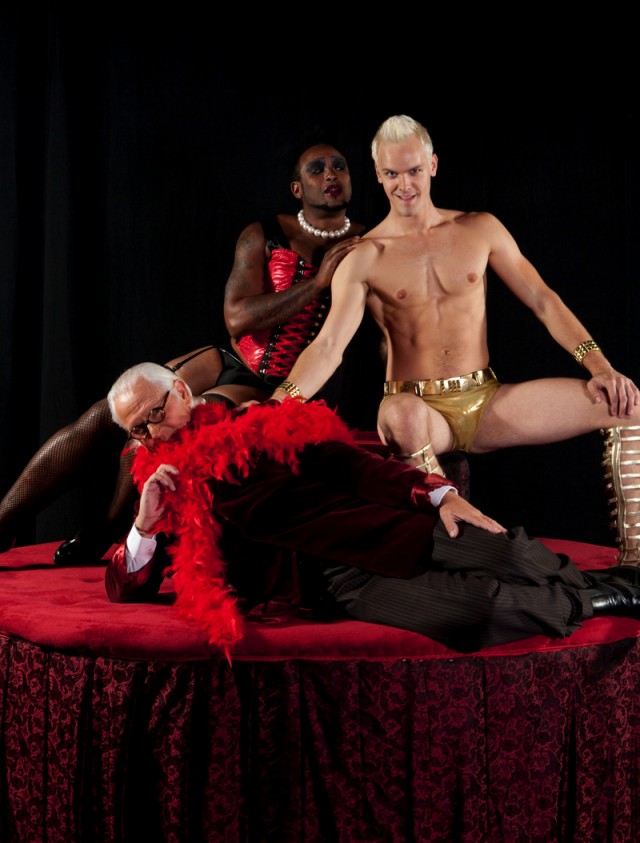 There’s something about growing up in Minnesota that makes the prospect of seeing Don Shelby in fishnet stockings and heels a little bit thrilling. We went to THE LAB theater to do a photo shoot with the actors of The Rocky Horror Show in preparation for this Fall Arts & Entertainment issue and I found myself surrounded by beautiful, talented people made up and dressed in all sorts of costume finery for their opening weekend. The props were ready, the smoke machine was prepped, the lights were up, and the camera was hot.

As was the shoot.

Each time we have a photo shoot, I want to push the limits. Any of the other magazines in town can get the standard photos of what to expect during the production. I like to put the Lavender spin on the artwork. What we can do is mix and match with a little more wanton abandonment than the other publications. We can showcase the intersections of sexuality. We can get a little cheeky. And, we can ask more of the models.

I said to Don, “You know, I want to make sure that you’re comfortable doing whatever it is you end up doing. I’d like to push a little, but not too far. I’ll follow your lead.” I’d been thinking that it’d be fun to put him in a silk dressing gown with feather accents…you know, make it a little saucy, but not over the top. 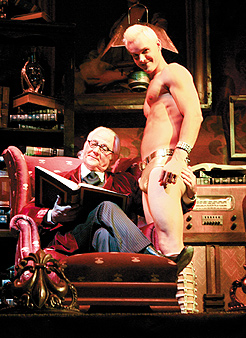 A wry look crossed his face. He was game.

Don found himself a boa and offered to don his platform heels. I declined the heels, thinking we could tease the readers to come and see the show rather than show too much in the magazine. We’d keep his coverage fairly tame.

Then, he pulled his “sassy” move.

As it turns out, I didn’t need to worry about Don Shelby. He improvised his own shots.

Enjoy this issue, readers. We are rife with arts and entertainment here in the Twin Cities and it’s our pleasure to show it off for you in Lavender’s pages.