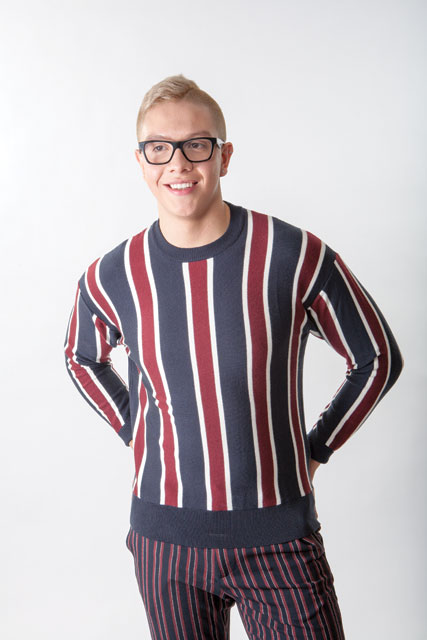 José Ayala, a Twin Cities-based stylist, will be one of many featured at the American Craft Council Show in St. Paul.

The annual American Craft Council show will make its return to St. Paul from April 20-22.

The American Craft Council (ACC) will be bringing the work of local and national crafters to St. Paul at their annual crafting event. As a national nonprofit, ACC is an educational organization that has been shaping the artisanal craft movement for more than 75 years. Each year, ACC gives artists a platform to show their work at their craft show, along with several opportunities including leadership conferences, awards for excellence, and a research library.

At this year’s ACC craft event, more than 230 artists will be displaying their artwork at the St. Paul RiverCentre. From jewelry and clothing to furniture and home decor, the ACC event will bring together some of the country’s most talented contemporary artists. Since ACC moved from New York City to Minneapolis, the show has drawn in more local artists.

“The Minnesota-based staff has transformed the show from one of 200-plus booths showcasing fantastic art from all over the country to that plus exhibitions by local interior designers, fashion stylists, and other local nonprofits involved in the makers movement,” says ACC public relations consultant Lynn Nelson.

The event this year will include three programs: Hip Pop, Let’s Make, and Make Room. Hip Pop is for emerging artists who are new to the show scene. After being selected through a jury process, the artists are grouped into shared booths where they are able to encourage community-based art and engage with seasoned artists, all while selling their art. The Let’s Make program connects craftsmanship and to craft by diving deeper into the process of making. Local artists and organizations will provide interactive demonstrations for show-goers to participate in the creative process. Lastly, Make Room is the perfect program for home decor enthusiasts. This program is returning for its sixth year, and this year’s theme is “Color Story.” It will feature pieces that center around a favorite color or group of colors that make a cohesive design statement.

The Style Slam program is also returning for its third year.

“This year, Style Slam will be a pop-up that occurs only on Saturday, April 21. Special photo opportunities will include a program where Style Slam models styled by the stylists will appear in the Make Room designers’ vignettes,” says Nelson.

José began his career as a fashion stylist by working in boutiques and styling for their websites and social media platforms.

“I’ve always had a huge admiration for fashion photographers. And to me, fashion seemed to be at the epicenter of pop culture. Because of that connection, I’ve always had a sense of belonging within the fashion industry,” Ayala says.

In his third year working at ACC, Ayala handpicks pieces that stand out to him and presents them to many of the visitors by incorporating them into outfits he creates.

“This allows the designs to stand like wearable art pieces,” he says.

As a gay man, Ayala says that his involvement in the GLBT community has played a large role in his career as a fashion stylist.

Jose Ayala, right, poses with models he styled in the Make Room 1970s booth at the 2017 ACC show. Photo courtesy of Lynn Nelson

“I was embraced by members of the community so I was sort of able to choose my career path early on,” he says. “I am continuously inspired by the confidence and the passion that leaders in our community exude and that of course has played a huge role in my development as a professional stylist and an individual.”

This year, Ayala will be showcasing what he calls “only the best!” He says that his fashion designs are meant to empower people in each individual piece. The designs that he’ll be showcasing will incorporate his favorite aspects of fashion: confidence and power.

According to Nelson, the event will be an all-day experience, so bring your walking shoes.

“You’ll get to 10,000 steps in no time,” she says. An event favorite will be making its way back to ACC this year from Chicago. Baigelman Glass will be selling their hand-blown wine glasses, which Nelson says she buys every year. Some new artists include Sean Forest Roberts, a gay ceramic artist from Eastbound, WA. One of Ayala’s favorites, Susan Bradley from Wayzata, will be selling her wearables from her studio in the Northrop King building.

The fashion world has inspired Ayala’s life and current career path, and now he continues the inspiration train at ACC’s craft event each year.

“Allow yourself to grow and transform. Be good to yourself and others,” Ayala says as a word of advice to fellow upcoming crafters.

Check out some of this year’s crafters before the show: