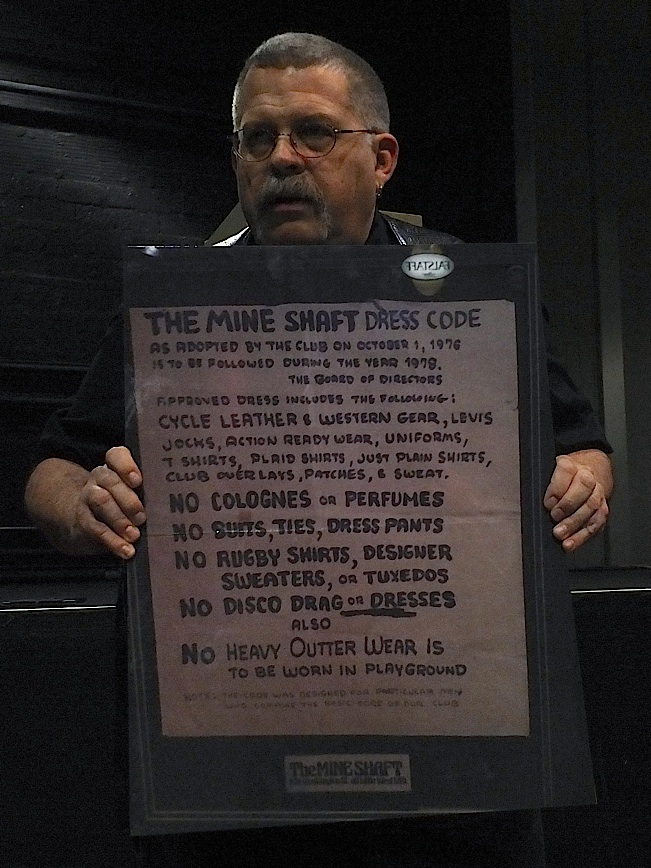 Noted leather community author, filmmaker, educator, and activist Hardy Haberman was in the Twin Cities recently to present a lecture on leather traditions and protocols, and the “Old Guard” who supposedly created them. Haberman spoke at In The Heart Of The Beast Theater on Saturday afternoon, June 22. The lecture was part of this year’s Minnesota Leather Pride celebration and was sponsored by Leather Journey.

Haberman started with a description of how he got into the leather scene in the mid-1970s—and, as part of that process, discovered for himself the leather traditions and protocols of the time. He then offered a condensed history of the gay leather community’s formation and development in the 1950s and 1960s. He talked about what some consider the “halcyon Old Guard days” of the 1970s and how the decimation of the leather community in the 1980s by AIDS led to the creation of new traditions and protocols.

Haberman noted that many of leather’s traditions and protocols came from military life, and later from gay motorcycle clubs, but he also noted that there is no one fixed set of Old Guard protocols written on a scroll somewhere. Haberman also made the point that every leather generation thinks of itself as New Guard and the generation before as Old Guard: “All of us have an Old Guard. It’s whoever taught us.”

Many of the Old Guard protocols Haberman grew up with are hardly revolutionary: “#1, you respect your elders. #2, you don’t speak to somebody you don’t know until you’ve been introduced. It’s common courtesy! If you get the Miss Manners book and look at etiquette, you have Old Guard traditions and protocols, with the exception of a few kinks thrown in. It’s not rocket science.”

Haberman then offered his thoughts on a few leather community values.

Honor: “Honor is being true to yourself, being true to your community, being authentic. A person who’s not honorable is not authentic, right? So—how much honor is there in Sir Grand Dom of the Universe on Fetlife.com who has 25 cyberslaves but has never shown his face in public?”

Integrity: “Integrity means all aspects of your life are integrated. It means that you are authentic. It means that when I say this is who I am, it’s who I am. It means that I’m not afraid. It takes courage. As kinky people we have no protections whatsoever. If you have children and you can get in a messy divorce, your partner who used to tie you up can say, ‘She’s kinky and shouldn’t have those children.’ Those children can be taken away because you’re kinky.”

“The more of us that are out, the more difficult it is for other people to push us back into the closet. I wear my club colors to church. We have a whole pew of leathermen. We sit right down in the front. We want people to know that we are there, too—that we are part of the blessed community. It becomes more difficult for people to exclude you when they see you and they know you.”

Authenticity: “Authenticity is one of the values that I think was Old Guard when I came into the community, and still works today. Create a protocol and a lifestyle that works for you. Live into it. Because someday you’re going to pass that knowledge on, and you’re going to be somebody else’s Old Guard.